Zorro! The legendary hero who wears his black clothes and hides in the shadows to fight those who oppress the people of California. The only thing we can see is the shine of his sword and his smile.

That was how many over 40 remember the character on TV, with actor Guy Williams. Time passed and we could still see his adventures in comics, cartoons and finally in theaters, in a great production with Anthony Hopkins, Antonio Banderas and Catherine Zeta-Jones. The Mask of Zorro it was practically a continuation of everything we knew, since Don Diego now passed the Mask on to someone else. Still, it was a great movie.

And now A Raposa celebrates its 100th anniversary this August and we are already in our third part of the special about the character that during the 20th century and still in the 21st remains firm in world pop culture. Soon Zorro will return in several ways, with a new series, Escape Room and other news.

-> Remember the story of Zorro

In the first interview, with the historian Scott Cherrin, we talked about its origin, curiosities, media among others. Now we’ll cover what’s next!

Check out our exclusive interview with John Gertz, by Zorro Productions. 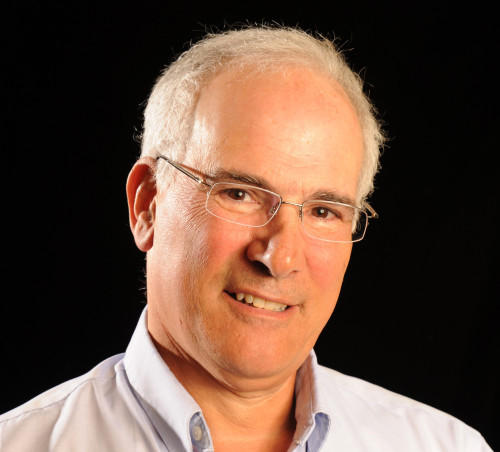 Thunder Wave: 100 years. It is an achievement for few characters. We have many who are older and ended up undergoing many changes in their characteristics, but Zorro remains faithful to his traditions. Was that a rule for the hero to appear in all media? Or was it just something that happened?

John: When Zorro appeared in the first part of Zorro's original story, “The Curse of Capistrano”, in August 1919, creator Johnston McCulley certainly had no idea that one day the character would appear in all types of media like television, comics , musicals, theme parks and video games. In fact, at the end of the first story, Zorro reveals his secret identity to all of Los Angeles, effectively killing any potential mystery for future installments. McCulley didn't understand the hero's huge appeal until Douglas Fairbanks' hit movie, “The Mark of Zorro,” was released the following year. Responding to popular demand, McCulley went on to write many more stories and books from ZORRO.

The basic characteristics of Zorro - defending the weak and fighting injustice and corruption - have always remained the same wherever he appears, because without these things, he is no longer Zorro. Zorro naturally grows and evolves with the spirit of his time, he can appear in supernatural adventures or even futuristic configurations. But we are always careful to ensure that he stays true to the original character that first appeared 100 years ago.

Thunder Wave: Zorro will have a musical and will pass through the city of São Paulo, in Brazil. What can fans of the character expect?

John: Production in São Paulo opened on August 2, 2019 at Teatro Santander. It must be an excellent production; a Brazilian version of the story, with fantastic music by the Gipsy Kings. It will be an “immersive performance”, in which the audience is seated within an evocative setting of a Spanish tapas bar to watch the troupe interpret the story. Tapas and wine are served during the presentation. It is directed by Ulisses Cruz, starring Marcos Mion, Letícia Spiller, Bruno Fagundes and Nicole Rosemberg.

Thunder Wave: We are in the digital age, where social networks, applications, among other forms of communication are a constant part of our daily lives. Will Zorro also win applications and be more constant in this digital universe? What's to come?

John: I personally don't use social media, and I admit that I barely understand the medium. As we produce new films and TV shows, I leave it to the marketing geniuses in the studio to work in our social media presence. However, I know that Product Madness from Aristocrat Technologies has a free Zorro slot game to play included in its popular Cashman Casino Zorro app. We have also made interesting updates on our website and on various social media from Zorro Productions (Facebook: @Zorro, Twitter: @ZorroProduction, Instagram: @ZorroProductionsOfficial) related to the 100th anniversary, including gifts that were coordinated with Licensing Expo and San Diego Comic-Con, and possible futures tie-ins with New York Comic-Con. At least half a dozen Zorro licensees, including roleplaying and board games (and our 100 year old book, The Mark of Zorro: 100 Years of the Masked Avenger) have also had great success with the Kickstarter platform, allowing them to bring Zorro to life for fans in new ways. I know that all these examples have inspired people more focused on technology than me to create new app-based games and other digital adventures for Zorro fans to enjoy.

Thunder Wave: Still talking about the digital age, games are a hit with all generations. Can we expect a game based on the hero?

John: YEA! We have about five new computer games in development for virtually all platforms, including Playstation, Nintendo Switch, phone apps, virtual reality games and online social games. We intend to have a very large presence in video games in 2020 and beyond.

Thunder Wave: HBO's Game of Thrones, The Witcher on NetFlix, are examples of fantasy literature that worked and that bring expectations. Can Zorro reach any of these companies like Amazon Prime, HBO or some of the same style?

John: We currently publish many ZORRO comics related to fantasy. We use them as incubators of ideas. We are in deep discussions now with several streaming companies about the development of ZORRO for TV.

Thunder Wave: What is it like to deal with a century-old character and still keep him alive and coherent for so many different cultures?

John: Of course, we look at Zorro with great respect for his age and continued importance to many people around the world. Ultimately, while he is many things to many different people, the character's simplicity makes it easier to keep him relevant and true to who he is. The black cape, the black mask, the whip, the sword and the powerful horse are simple, iconic and easily recognizable, and their devotion to "Justice for all!" It is something that everyone can embrace across cultural lines. We all want to do what is right and defend those who are weaker than us, no matter how old we are or where we come from. So as long as we stay true to who he is, it's easy to keep Zorro alive.

Thunder Wave: What does Zorro Productions plan for the coming years of the character's releases? Is there a calendar ready?

John: Our main future projects are: a new film, probably to be released in late 2020 or early 2021; more episodes from our animated CGI series, ZORRO CHRONICLES; a live action TV series based on a modern female ZORRO; many more editions of new comic book material; an opening on Broadway for our musical ZORRO, with a score from the world famous GIPSY KINGS (has played in London, Paris, Moscow, Amsterdam, Germany, Shanghai, Tokyo, Seoul, many other places and is now opening in São Paulo); and computer games for virtually all platforms, including smartphone apps.

Thunder Wave: Who is Zorro for you?