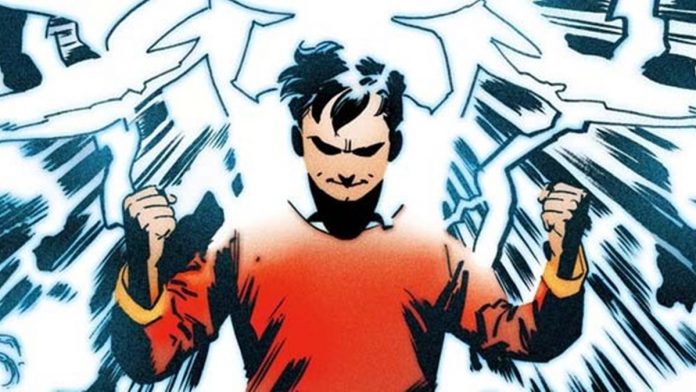 October 12th, children's day has arrived, and many of us had our first contact with pop culture at this stage of our lives, and the media has always known how to create incredible characters that portray some dramas from that stage, making us end up creating bonds affective with the characters, moreover it is very common to have children with powers and abilities greater than the adults of their universe.

Check out a list of 10 amazing kids, whether for personality, dramatic charge or even power.

The character has a milestone in his story that ends up making his dramatic load even closer to reality, Billy is an orphan with difficulties to adapt to adoptive families.

In one of his tantrums, the boy ends up finding the Stone of Eternity, where he meets the Mage, who is looking for a chosen one with a pure heart. At first, Billy's difficult temper prevents the Magician from seeing him as the chosen one, but he quickly realizes that with the changes in the world and over the ages, the most important for the chosen one is the hope of being good, and not the perfection.

With that Billy receives the powers of the ancient gods: Wisdom of Solomon, strength of Hercules, vigor of Atlas, magic of Zeus, courage of Achilles and speed of Mercury, thus assuming the mantle of Shazam.

Naruto can be a little harsh at times, you may have heard or read this speech by Kakashi that became a meme on social networks, but the speech that was used as a joke on the network ends up being a clear portrait of the real condition of the boy.

Naruto as Billy is an orphan, but he is not so lucky as Billy to have someone who tries to reach out to him, on the contrary, Naruto sees the whole village of the leaf turn his back on him throughout his childhood, due the curse of the 9-tailed fox trapped in it.

Even with the stigma of the curse, having grown up without his parents and without many friends to support him, the boy dribbled through adversity and achieved his dream of becoming the Hokage.

Ben is the first character to have his biological parents alive on that list (at least he even had the version I watched), and the character created by Man of action for the Cartoon Network carries the most powerful artifact in the universe on his arm: The Ominitrix .

The fact that Ben has this stuck to his side ends up generating great adventures in his summer with his cousin Gwen and Grandpa Max. The battles in which the boy engages end up helping him to mature and dominate the clock more and more.

After the huge success of the classic version of the boy, the producers invested in sequels showing the boy’s adolescence, Ben 10 alien force and Ben 10 Alien Supremacy.

You sure know Scooby doo, and the phrase “I would have done it if it weren't for those nosy kids and this stupid dog“However, it is important to emphasize that despite the enormous talent and courage of the entire Mistérios SA team, the head of the team is Velma, who always appears with his analytical eye, quick thinking and knowledge of martial arts as told in the animation Pequeno Scooby Doo (1988), which shows with the good humor of the classic series, the childhood of the classic group of friends.

In Operation Big Hero we meet Hiro, a brilliant boy who gets a place at the San Fransokyo Institute of Technology, a fictional city that combines characteristics of San Francisco in the United States and Tokyo in Japan.

Hiro is an orphan who lives with his aunt and brother, but ends up losing the last one in an accident, and this trauma ends up consuming the boy, until he discovers a project left by his brother and begins to improve it in search of revenge , and from there he comes to understand some values with Baymax, and understands that instead of revenge he must fight for justice.

After the success of the film Disney released an animated series telling the adventures of Hiro, Baymax his friends fighting crimes in the city.

Franklin Richards is the son of the couple Susan and Reed, who belong to the Fantastic Four, the boy was born with powers as a result of the cosmic radiation absorbed by his parents.

The boy takes the name of his maternal grandfather and among Franklin's extraordinary powers we can highlight telepathy, molecular manipulation, manipulation of reality. These powers added to the boy's other abilities make him one of the most powerful characters in the Marvel universe, even at a young age.

Franklin is an omega-level mutant, and the boy became a huge Spiderman fan with the hero as an example to follow, and as a child he was able to defeat Mephisto, one of the main villains in the Marvel universe alone.

Can you imagine as a child going through several cruel scientific experiments without having the option of a normal childhood? This is a bit of what Jane's childhood was like, a girl who, due to her telekinetic powers, ended up serving as guinea pigs for several experiments, including one of them, Hawkins national laboratory ended up careless and opening a dimensional portal, which ended initiating supernatural events in the city.

The girl's powers allowed her to defeat several Upside down creatures that invaded Hawkins, thus providing memorable moments in the series like the classic first season battle against a Demogorgon.

After all his story comes to the fore, Eleven is adopted by Jim Hopper, and Jane Ives is renamed Jane 'El' Hopper, and at the end of the last season of the series the guard of the character stayed with Joyce Byers.

Based on the eponymous film, the title tells the end of the Naruto series, in a novel format, and hits retail outlets on February 28
read more
Reviews

12 contagion films to watch during quarantine

The Witcher: where to start and everything you should ...