A suspense that even problematic, proves efficient

The director Gore Verbinski is one of the most eclectic names in the North American market and also one of the most underestimated. As much as most of his work does not have authoritarian characteristics, it is not possible to deny the director's quality in adapting to different genres. The call, Pirates of the Caribbean and Rank are examples of the filmmaker's efficiency. Although his last job was the terrible The lonely knight, Verbinski shows his talent in his new endeavor: the psychological thriller The cure. Not that it's a big movie, but the director manages to get out of a limited plot, a tense atmosphere that holds the viewer.

The plot follows the young Lockhart stock investor (Dane DeHaan) who must go to a sanatorium in the Swiss Alps to meet the CEO of his company, who says he found there "the cure" for all life's diseases. During the visit, Lockhart suffers a car accident and stays in the sanatorium for treatment. Even with the good faith speech given by the site director (Jason Isaacs), the young man realizes that there are suspicious activities in the area, ranging from treatment to finding such a “cure” for Hanna (Mia Goth) the only young patient who stays in the sanatorium. 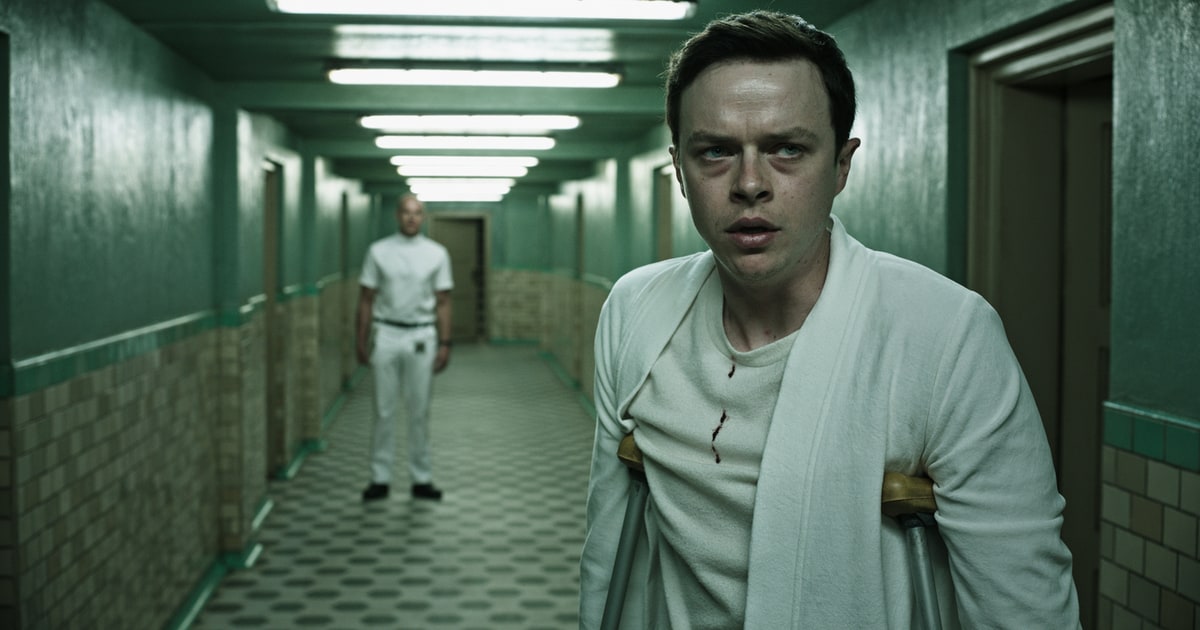 The script of the film offers nothing new. Signed by Justin Haythe (It was just a dream) - based on Verbinski's own argument - he tries to create a mystery that involves the viewer for much of the projection. Too bad that even though the resolutions are consistent with the plot and satisfactory, it proves to be much more complex than it should be. In addition to some punctures of logic (character who escapes from place to place, being chained; lack of guards in the middle of a sanatorium), he ends up running over when he thinks he is more intelligent than he really is. The greatest example is in the resolution of the plot itself, which could be a little clearer, but the text insists on giving little by little, when we realize that it is quite simple. It is a script that has its successes, but it has its mistakes by slightly underestimating the viewer's intelligence.

If the The cure trapped by the mystery, the conduct of Gore Verbinski manages to make the viewer immersed within that universe. The director creates a very elegant and intelligent visual grammar. Always with the camera on the tripod, Verbinski, together with the photography of Bojan Bazelli, creates a threatening atmosphere that goes from beginning to end of the projection, using classic and subtle movements and a desaturated color palette that draws attention, especially when using blue. And the visual rhymes created by the director are also noteworthy, there is almost always a plan which is the camera is in front of a glass and disfigures the image, which already denotes how the movie universe is becoming insane. In fact, Verbinski does not fool the viewer, he leaves the story in a very fine line between the fantastic and the insane. This atmosphere makes the ending more plausible. And there is a very clever use of cinematographic language: notice how the sound, the soundtrack together with the art direction contribute to the story. The sound shows that there is something else that is not being seen, while art is not obvious and avoids building a frightening sanatorium at first sight, as it is a very beautiful construction that gives peace to its patients. And the track is restrained and punctual in moments that should increase the level of suspense. It is good to notice how Verbinski has a good visual taste, as there are plans in The cure that are beautiful and that says a lot about the plot. Verbisnki's work becomes the great quality of the film.

The cast is fine, but since most of their characters are archetypes, the performances become caricatures. The exception is Dane DeHaan who shows himself to be a different protagonist than we are used to seeing. Lockhart does not follow the line of the American film hero: he is cynical, cold, sarcastic, selfish and thick. And DeHaan manages to pass these characteristics on without making the character unfriendly to the viewer, in addition to his frightening physiognomy works during the investigation of the mystery. Jason Isaacs is having fun creating the classic psychiatrist from the films of the 50s. He only lacked a goatee and a cigar, but he shows a cynicism in his voice, he always seems to be hiding some secret and uses a German accent that makes the character more characteristic.

Anyway, The cure it is far from a great film. It has several defects in the plot itself, but as an audiovisual experience it is interesting. It's a good suspense that has great driving.

The cure opens on February 16 in theaters.

See the technical sheet and complete cast of A Cura.

Spider-Man is a very complicated character in theaters. Usually much loved in comics, heroes tend to have complications when the time comes ...
read more

Crítica: Annabelle 2: A Criação do Mal