The Bridge: The Bridge Brazil | HBO reality invests in sustainability

The HBO Max, in partnership with Endemol Brazil, launch the survival reality The Bridge: The Bridge Brazil, which brings a different and innovative proposal in several layers.

The premise places participants 20 days isolated in nature, where they have a common goal: to build a 300-meter bridge to an island, where they will find the prize. For this, they can only use what is around them as building materials to complete the mission. While building the bridge, participants must form alliances with each other, because when they arrive on the island, a vote will be held to decide who gets the prize. The chosen participant evaluates whether to share it with their allies or not.

with presentation of Murilo Rosa, the program brings together a group of participants, including celebrities from the worlds of arts, sports and social networks, to compete for the grand prize of R＄500,000. The program brings together the singer Nugget, the actress Danielle Winits, the singer badauí, the actor Fábio Beltrão, the model Suyane Moreira, the actress and singer Polly Marine, among others.

The main highlight of this production is sustainability. Eduardo Gaspar, Vice President of Creative at the production company Endemol Brazil, confided in a press conference that, as it was recorded in an open natural environment, preservation was a major concern and for that, Endemol and HBO are to be congratulated.

According to Gaspar, the program was recorded in an Atlantic Forest reserve. The house that houses the participants does not originally exist on the site, it was built by the production for the program. Great care was taken with nature, with environmentalists and other professionals in the field accompanying the process to ensure that no harm was done to the environment.

He points out that sustainability was very important for the program and, in addition to preventing damage, production took care not to waste materials, donating to local communities the material used in the houses, all from reforested wood, when the rental has been dismantled. In addition, the companies planted 300 seedlings of native trees at the end of production.

The importance of sustainable audiovisual

The audiovisual is a great source of income and work, benefiting the places where the productions are recorded. The Bridge: The Bridge Brazil involved 200 professionals, including direction, content, technical team, security, casting and so on. In post production this number increased to about 260 people. All these people generate a great impact on the place where they are and it is very important to minimize damages and especially waste as much as possible.

To build the house, which took 31 days to assemble, a large number of materials were involved, and even if the wood is reforested, imagine the huge volume wasted if this is simply discarded in the end. For the 250 meters of bridge that the participants needed to build, 500 bamboos were used, apart from other materials such as rope and the like, which would also be a tremendous waste if they were simply discarded.

This is just one example, there are many other wastes – food, energy, general resources – that turn into productions and it is high time to transform audiovisual into sustainable. We hope that other companies follow Endemol's example and that the production company uses and abuses this awareness in all productions it is involved in. 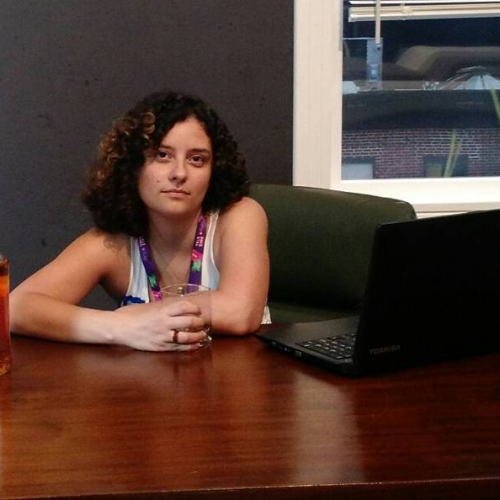 Taranishttp://www.thunderwave.com.br
Taranis is the Celtic God of Thunder. Here at Thunder Wave, Taranis is actually a woman (some know her as Daniela Carrano), but don't be fooled, she is more macho than too macho ... Somewhat nerdy and completely without social life, she is addicted in series and has a great interest in films, games and books.

WARRIOR is the new sponsor of the AfroGames project

Returnable shoes contribute to more sustainability in the fashion world