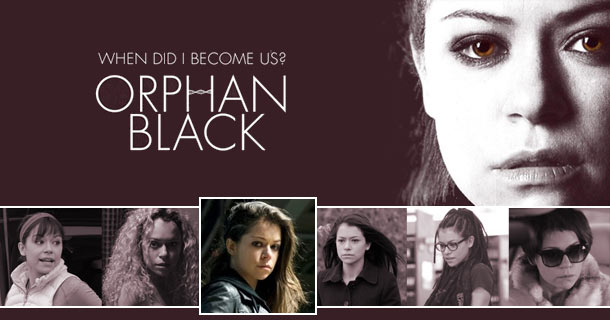 It took, but finally Orphan Black will be part of the national program starting in September.

The channel A&E opens on 3/9, Wednesday, at 10 pm the new success Orphan Black, starring the darling Canadian actress Tatiana Maslany, which unfolds to give life to more than eight characters simultaneously.

Orphan Black shows a dramatic story of conspiracies involving the character Sarah (Maslany) and his clones. Sarah is a scammer trying to get out of a lifetime of wrong decisions. At a train station, she witnesses the suicide of a stranger frighteningly like her, Beth Childs, and decides to assume the girl's identity, believing that she will solve all her problems by taking the money from her bank account. Instead, the chameleon is thrown headlong into a mysterious "kaleidoscope". After assuming her new identity, Sarah quickly finds herself in the midst of a fatal conspiracy, and needs to run to find answers.

As she introduces herself into the life of the late Beth, she also begins to discover unexpected things, until she reaches a frightening revelation: she is a clone and part of an experiment started in the 1970s, and belongs to a “brotherhood” of human copies. Thus, the young woman begins a desperate search for answers to the thousands of questions that cross her mind, discovering the existence of other women identical to her, genetically exact, but raised in totally different environments: Sarah, Katja, Danielle, Janika, Alison, Cosima, Rachel and Helena.

And someone is trying to exterminate them, one by one. Sarah realizes that Beth, at the time of death, was investigating her origins and was trying to find out who she really was, how many clones there were and who was responsible for the experiment. And if Beth died trying to reveal the truth, Sarah will become the next victim of that hunt. Soon, the heroine's life will turn into a real nightmare. But together with her clones Alison (a family mother with two children) and the scientist Cosima, she begins to put the pieces of this puzzle together, tries to locate other clones and gradually learns the secrets of these existences.

Stronger: Jake Gyllenhaal is the victim of the Boston Marathon attack in the first movie trailer

Season 5 of 'Orphan Black' will arrive on the Netflix catalog one day after airing in the U.S.

March 18, 2021 0
Three shooting attacks at massage parlors in the Atlanta metropolitan area of Georgia, on Tuesday (16), left eight people dead and one ...

You | Joe finds his new obsession in the 2nd trailer ...