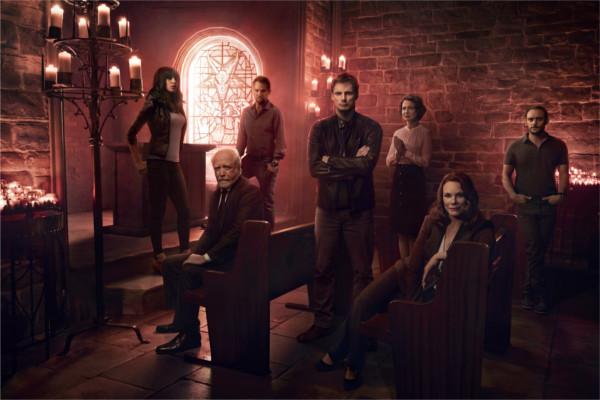 From January 23 to 27, the 10 episodes follow the character Damien Thorn, who at 30 years of age must face his destiny to become Antichrist

With two episodes per day, the A&E announces marathon Damien, from January 23 to 27. The action-thriller series follows Damien Thorn's adult life (Bradley James), the mysterious child of the legendary 1976 film The prophecy, and who grew up unaware of the satanic forces surrounding him. Tormented by his past, Damien must now face his true destiny: accept that he is the Antichrist, the man most feared by the human race of all time.

The saga begins when Damien, a renowned war correspondent photographer, returns home to New York, after going through a dramatic event during a mission in Syria. Strange events and memories torment him and he is forced to face his true identity.

Created by the executive producer of The Walking Dead, Glen Mazarra, Damien is carried out by Bradley James (Homeland, Merlin), who plays Damien Thorn, and Oscar nominee Barbara Hershey (era uma vez, Black Swan), who embodies Ann Rutledge, the most powerful woman in the world, not only because she runs a global conglomerate, but because she was tasked with ensuring that Damien fulfills his destiny as the antichrist. Also in the cast, Omid Abtahi (Better Call Saul), who plays Amani Golkar, a translator and close friend of Damien, whose true loyalty will be put to the test when he realizes who his companion is; Megalyn Echikunwoke (House of Lies, Spydergames) like Simone Baptiste, a woman who grew up in the shadow of her consecrated sister and whose life turns into chaos, when tragedy strikes her unexpectedly; and David Meunier (Justified), such as Detective James Shay, a veteran and cynical police officer, who is investigating the strange events surrounding Damien. The cast also features Scott Wilson (The Walking Dead) and Robin Weigert (Sons of Anarchy).

Damien is based on The prophecy, a classic 1976 film, in which a couple of American diplomats in London adopt a boy who, throughout history, has discovered himself to be Antichrist. And Glen Mazzara's series is a direct sequel to the original film.

Underworld: Blood Wars - Watch the first trailer for the feature

The Swamp Monster and Shazam! debut on HBO and HBO ...