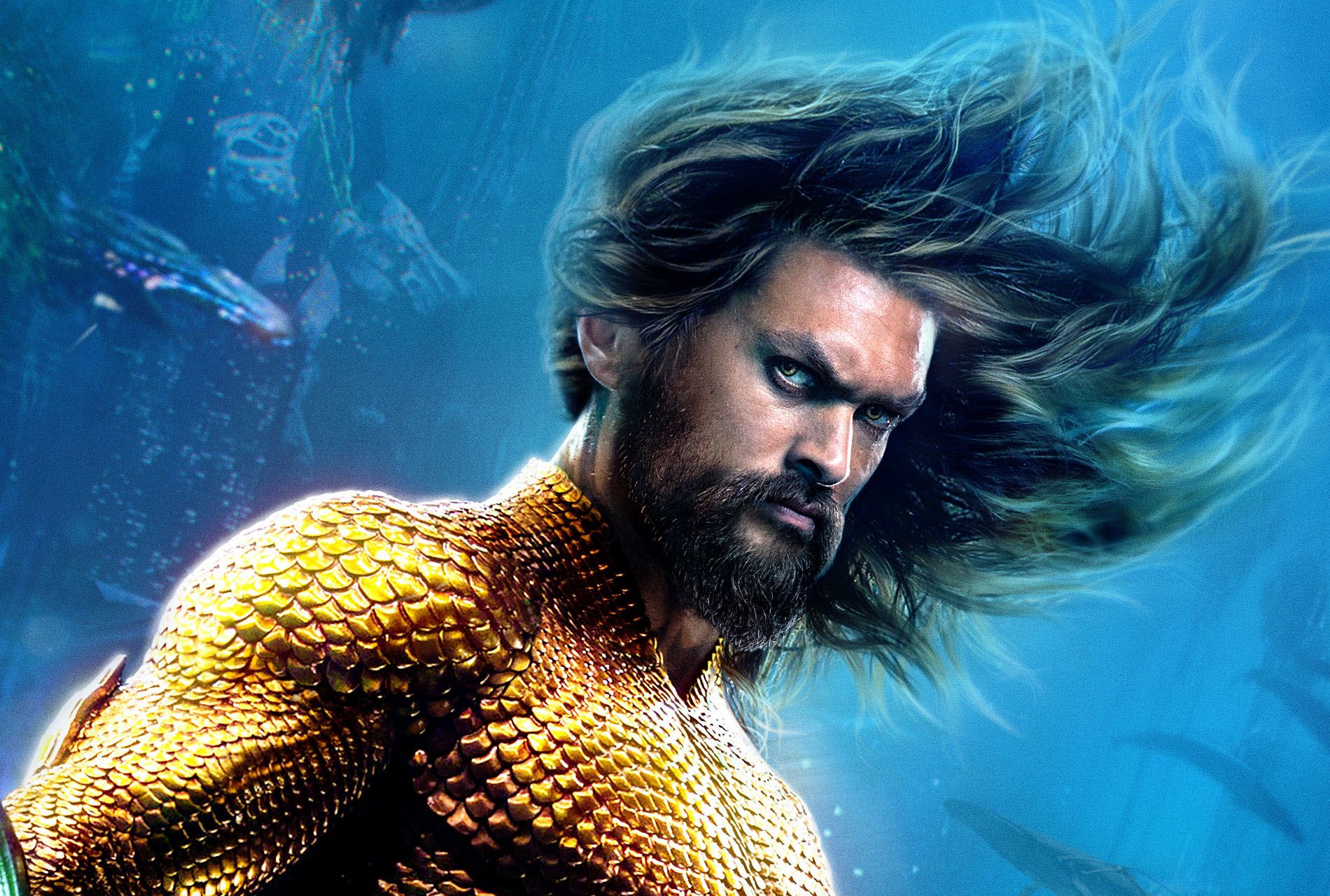 The biggest bet of DC for this year, Aquaman finally reaches the theaters. The character played by Jason Momoa has already been featured in Justice League and now wins his solo movie to tell his story.

Showing the origin of the hero, Aquaman presents an Arthur slightly different from what we saw in his first appearance. Although very playful and maintaining the same level of jokes, Momoa is able to show the guilt that he carries for judging himself as the reason for his mother’s death. For having married a human and having had a child with him, Atlanna (Nicole Kidman) was forced to return to Atlantis and was eventually executed for treason.

Orm (Patrick Wilson), second son of Atlanna, is now the king of Atlantis and intends to start a war against the surface world. To avoid a huge bloodbath, Mera (Amber Heard) and Vulko (Willem Dafoe) unite to try to make Arthur the new king.

James Wan make a impressive work again in that direction. Besides the beautiful look, Wan also shows talent in the great cuts and flashy transitions. The director is known for his work on Warner’s The Conjuring franchise, and he enjoys playing around, spreading some Easter eggs in some scenes. At certain times it is possible to see some lost objects, which include an Annabelle.

The look that could be seen in the trailers packs the whole length. Visual Impressionism is the true star of the film, which turns out to be both a positive and a negative point. By attempting so much to become beautiful, the production exaggerates in long scenes of presentation of the environments, disasters and struggles that would give space to situations that are left aside and would be very interesting to be approached.

Important characters such as Arraia Negra (Yahya Abdul-Mateen II) that is introduced in a very promising way, end up being little explored and serve only as a presentation to perhaps return in the future. In the same way, ethical issues are exposed very briefly by the script, only to be forgotten in the next dialogue. Addressing the Atlanteans’ point of view, who hate humans for destroying their world, or the brief mention that, because they are more evolved, they should teach this population about such matters, they would make a great difference to the work.

DC seems finally to have found its tone. Starting at Wonder Woman, the company is investing in more colorful productions with a dose of humor. Aquaman is accurate in mood as well as in tones that draw attention to the colors and details of the environment.

Aquaman is a good movie, but leaves the feeling that it could be better. Exciting and very beautiful, the film pleases the viewer, but invests little in a script that could be much deeper and delve more into the characters of this interesting world, not just in Aquaman.