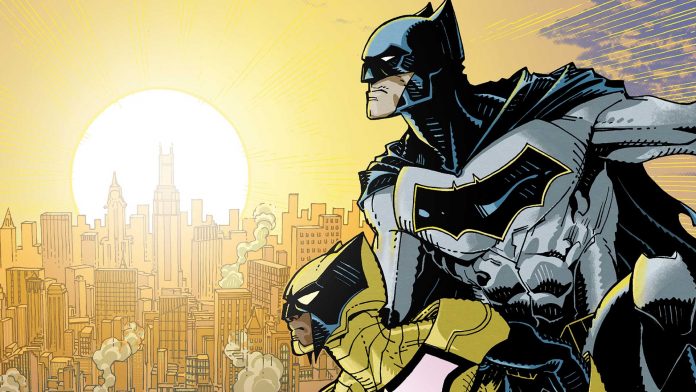 HQ brings, for the first time, Duke Thomas as protagonist to fight crime in broad daylight, alongside the Batman

Duke Thomas, a superhero created by comic book giant DC Comics and one of the newest members of the Bat-Family, who has been behind the scenes in other stories, appears for the first time as the protagonist. Batman & Sign debuts on the Brazilian market on February 22, by Panini publisher.

Written by Scott Snyder and Tony Patrickwith arts of Cully Hamner, the publication features the character who wore Robin's cape before assuming his own heroic identity. As a Sign, he fights evil in broad daylight, through his luminous powers. With the fallacy of seeing the sun's rays differently, Duke can predict what will happen before everyone else.

In the story, superheroes can take turns saving the city. While Sinal takes care of the safety of the Gotham City population during the day, Batman and Robin are responsible for the night. The difference is also in the illustrations developed by Cully Hamner, which praise the brightness of the day in the fictional city.

In addition to fighting crime, Duke Thomas is determined to discover the source of his powers in an investigation that could attract the attention of his enemies.

In the three-volume miniseries, Scott Snyder and Tony Patrick bring the voice and the importance of the representation of a black superhero as the protagonist.

Those who wish to check out the emotions and adventures of Batman & Sign may purchase HQ at Panini Shop or at the main newsstands across the country for R$ 16.00.

Strength and determination are the keywords of this DC Vertigo novelty.
read more
News

The publisher brings the title that shows the first life of the greatest villain in the Marvel universe, with the presence of great heroes
read more
News

Based on the eponymous film, the title tells the end of the Naruto series, in a novel format, and hits retail outlets on February 28
read more

October 30, 2020 0
After the success of the Razer Invitational, competition moves to other regions calling on eSports competitors to represent their countries.

Wizards of The Coast hints at Magic: The ...

'Strange World of Jack' will get a sequel in HQ form