Bidu-Juntos: New Graphic MSP title will show the friendship between Bidu and Franjinha 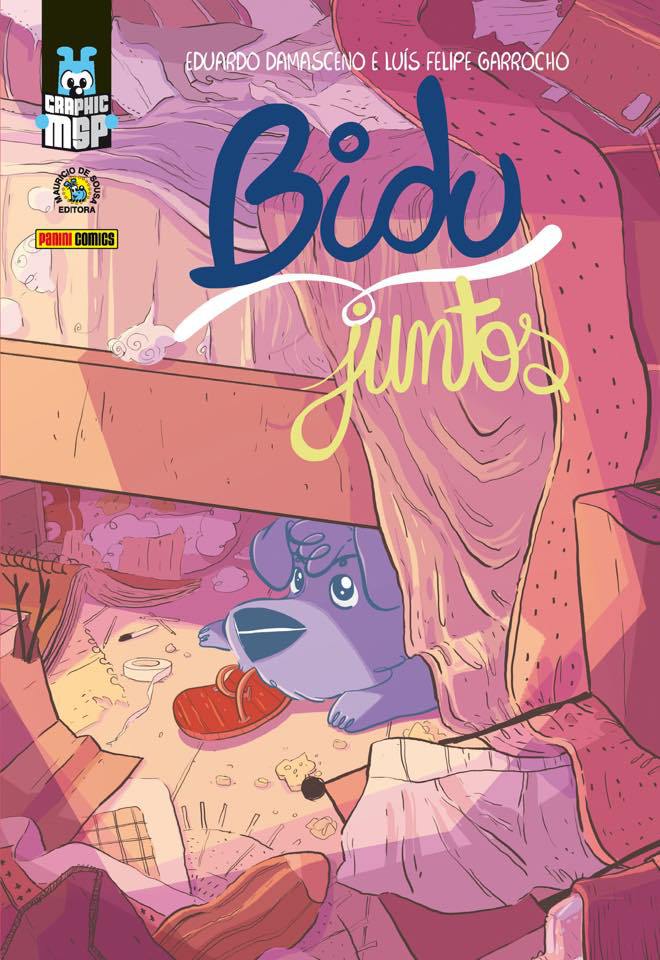 Two years after Bidu - Paths, Eduardo Damasceno and Luís Felipe Garrocho return to the first characters created by Mauricio de Sousa to imagine how the friendship between Franjinha and her faithful companion began. Bidu - Together portrays the difficulties and the learning of both in building this relationship as new as it is full of surprises and challenges.

Suddenly, Bidu leaves the streets and has an owner. But this new and exciting reality will bring many doubts and problems, both for him and for little Franjinha, who will even try to use his analytical mind to help him in the mission of having a puppy. What you can or cannot chew, where you can mess up, when it's time to sleep - among the usual situations of the protagonists' adaptation to the new routine, there is plenty of space for many adventures, mischief and unlimited fun.

The edition extras show the work and creation process of Damasceno and Garrocho, the references for scenes and expressions, in addition to the cover rehearsals. The authors' biography and a story on old Bidu stories, created by Mauricio de Sousa, complete the work.

The hardcover version also includes, on the cover pages, six one-page comic stories drawn by Franjinha, giving wings to his already fertile imagination, now stimulated by new experiences with the newcomer Bidu. The 80-page graphic novel is scheduled for release on November 10 and will arrive at newsstands and bookstores with a suggested price of R$ 34.00 for the hard cover and R$ 23.00 for the card cover.

The Mauricio de Sousa Studio is a place that gives you a taste of seeing and the desire to start working there. The visit is a gift to the public, who in addition to being dazzled can learn about the different areas in which the company works. It is a memorable afternoon.
read more
News