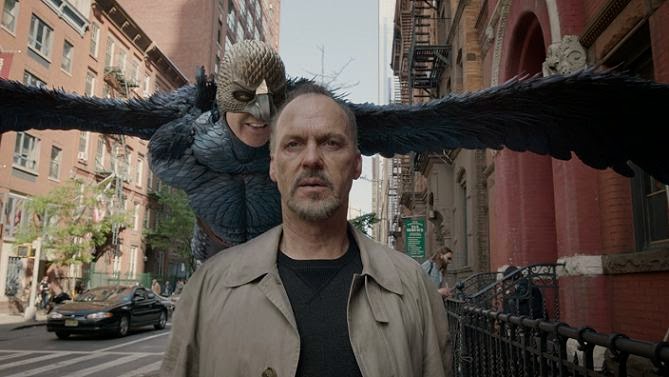 In Birdman  Or (The Unexpected Virtue of Ignorance), Riggan Thomas (Michael Keaton) is an actor who was successful in the 90s as a superhero named Birdman. Now that his fame is over he wants to prove that he is more than that and tries to show his artistic streak by producing the play What We Talk About When We Talk About Love, adaptation of the work of Raymond Carver.

The production of the play shows itself without much future, since Riggan's need to become relevant again ends up complicating his personal relationships with his daughter, Sam (Emma Stone), in addition, he still has to deal with the inflated ego of Mike (Edward Norton), which is really hindering the development of the work and with a voice in his head that is driving him crazy.

The genius of the Birman it is at the junction of reality with fantasy inside and outside it. Throughout the film we have those moments of doubt about what is reality and what is Riggan's madness, however, we also wonder how far the story is representing the disappearance of Michael Keaton as an actor, let's not forget that he was a Super- Hero in the 90s (Batman, in Tim Burton) and spent a while playing only minor roles before standing out again with Birdman.

The time Keaton was out of the tabloids did not affect his talent. Its performance in Birdman it is wonderful. Norton stood out a lot, almost managing to steal Keaton's focus with his self-centered and annoying character by clashing head-on with the equally self-centered Riggan. It is also worth mentioning the short but striking performance of Zach Galifianakis as your helper, Jake. Zach, who in addition to being much thinner, is playing a very different role from the idiots that we are used to seeing in his comedies, this suited him.

The production of Birdman it's a separate show. Being practically a single shot, without using cuts and montages, the way the film looks like a play is a real highlight in quality. Combining that and the wonderful script, we have a formula for success.

Filled with criticisms of artistic society (and critics!), Birdman it's not a superhero movie. Don't be fooled into thinking that you will see a big action because of the title, Birdman it is focused on the mind of a person who no longer fits into his environment, taking the opportunity to point out the defects of today's society.

Zumbilândia: Shoot Twice improves what was already successful and proves that lightning can strike twice in the same place - and sometimes do more damage.
read more
News