Boxware launches its new simulator, XPlane 11, in a special event in São Paulo 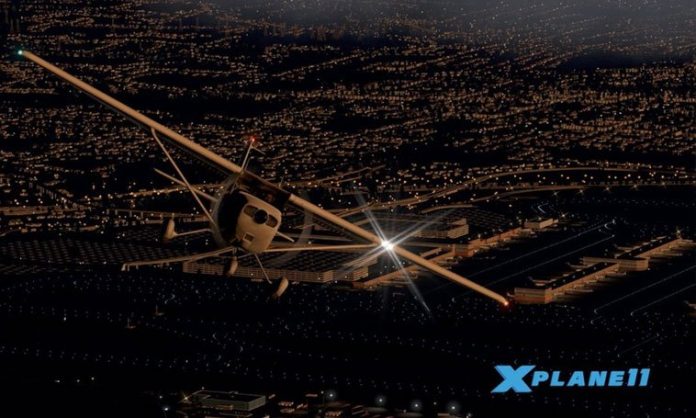 That Thursday (5), it happened in São Paulo, in the Encounter Board Game Café, the launch event of XPlane 11, new game in the flight simulator line from Boxware. The games XPlane they are known to be very complete, even counting as flight hours to get a license.

To prove how realistic the game is, the event featured a cockpit complete imitating an airplane panel and the presence of a professional pilot to teach journalists how to fly correctly. And really, we were able to prove that the XPlane 11 it is a very complete game and it is not easy to fly a plane!

In a very fun afternoon, the journalists proved that accidents happen and - using the countless features of the game -, they were able to have a good laugh with the unusual situations that occurred. With the option of night scenery, fog, rain, different airplane models and etc., it is not uncommon for an accident to happen, after all, no one there was qualified for the difficult task of landing a plane. And they were the ones who proved how realistic the XPlane 11 yes, without the help of the pilot, we wouldn't even be able to take off the plane, calculate to keep stable and have a safe landing. Not easy!

O XPlane 11 it is a really remarkable, realistic and fun game. The game is available for Mac and Windons and is already pre-sold at Hail and in store Pilot Shop. See below the launch trailer and table of new features for the Game and get ready for long flights!

O X-Plane 11 includes 19 aircraft in the standard installation, covering the aviation industry and its history. The complete scenario package spans the Earth in incredible resolution from 74º north to 60º south latitude and includes more than 34,000 airports.

• Fleet revised: Aircraft models that explore minimal details, from the gearshift to the rivets.

• 3-D cabins: Each aircraft in the fleet comes with a flight deck usable in 3D.

• Cabinets prepared for IFR: Every 3-D cabin is usable for flight.

• Tutorials: Learn the basics of flights, navigation and more on X-Plane.

• Improved 3D cabin interaction: Cockpit controls are easier than ever to define.

• Pushback trailers and fuel trucks: Watch other aircraft obtain service or request service for your own aircraft.