Thunder Wave
Start Games News Point Blank's calendar is revealed and highlights the growth of its ... 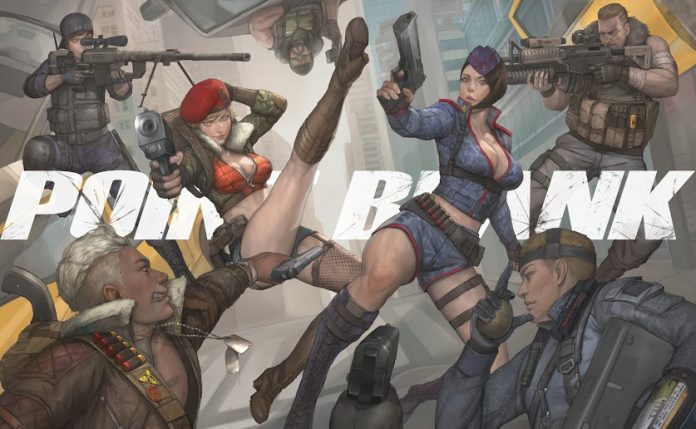 The Ongame Entertainment revealed the official calendar of national and international competitions Point Blank, your popular first-person shooter. One of the biggest hits in the competitive FPS game scenario in 2018, Point Blank resumes its competitive scene with even greater numbers for this first half of 2019 bringing more tournaments, receiving more teams and presenting even bigger prizes.

The professional tournament circuit starts this February with the matches of the National Point Blank Championship (CNPB). Featuring three distinct leagues (Elite, Bala de Ferro and Viper), Point Blank's “brasileirão” opens its activities on February 16 and runs until February 25, when disputes gain even more excitement with the start of the finals in person. During the weekends (with the exception of holidays), special broadcasts will accompany each stage of the CNPB with lives from each match. On Saturdays the broadcasts are dedicated to the Bala de Ferro league (the access group in Point Blank) and on Sundays the broadcasts will cover the matches of the Elite (the main echelon of the game) and Viper (the Point Blank women's league).

Also in February, the Point Blank World Challenge (PBWC) opens the game's doors to the global competition scene. Initially planned to be a warm-up tournament for the Point Blank International Championship (PBIC), the main worldwide competition for Point Blank, the PBWC has grown into a major tournament on its own. With intense weekly and selective matches with teams from all over the globe, the PBWC has its finals scheduled for the end of May in a place yet to be defined. Russia, Indonesia and Thailand are candidates for headquarters and more details about the PBWC are due to be revealed soon.

Finally, players looking for a place in the PBWC can compete with their teams for one of the places offered by the partner leagues or the championship organized by Point Blank Game Master Mix, which will also have matches broadcast weekly. The registration for the GM Mix has already started and can be done through the Point Blank official website. The pre-selective of the partner leagues starts on February 18th and more information will be made available through Ongame e-sports website this week.

In addition to the competitions and stages themselves, the growth of Point Blank in the world of eSports also appears in the total numbers of the competitive scene of the game. Check out the main numbers on the Point Blank calendar for the first half of 2019:

Transmissions: Always on weekends, with one on Saturdays (8 pm) and two on Sundays (5 pm and 8 pm).

Vinícius Sztibe, Coordinator of e-Sports Operations at Ongame, commented what he expects for the competitive scenario of Point Blank in this 1st semester of 2019: “We are looking forward to the beginning of the 'competitive year' in PB - both for the news on our side as well as for the renewal of players. We have some new faces that we really want to see how they will fare, so we opted for a start a little later than the usual end of January for 2019. Taking into account all the preparation and care we had with this planning, we have a correct timetable and closed for the first half and all official finals taking place in person. ”

Point Blank is an intense, free-to-play FPS, with arcade style, evolution system by level, patents and titles, and that matches casual players who prefer fast, action-packed games or a more “hardcore” audience looking for escalate ever greater challenges in order to become a pro-player and enter nationally and internationally renowned e-Sports competitions. With these special actions, Ongame is keen to stress that there is no better time to start or return to Point Blank's frantic action!

Gran Turismo 6 is the best selling racing game in ...