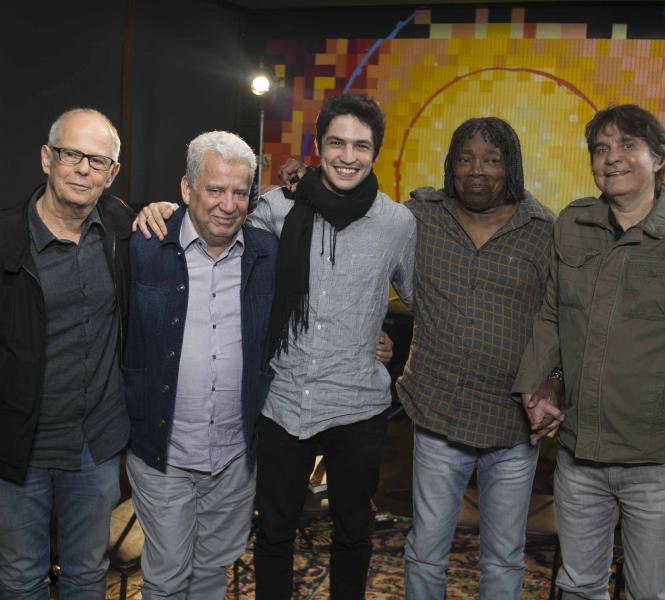 An isolated studio, with a cinematic view of the bucolic mountains of Minas Gerais, served as the setting for a great reunion: it was there that Milton Nascimento gathered the class of Clube da Esquina to re-record songs that marked his career. Amid this jam historical, the actor Gabriel Leone conducts a chat in which Lô Borges, Marcio Borges, Ronaldo Bastos and Milton recall stories from the time the songs were recorded.

The result of this meeting, which also includes special guests such as Seu Jorge, Gal Costa, Creole, Maria Gadu, Samuel Rose, Iza and Ney Matogrosso, can be seen in the six episodes of the original Canal Brasil series Milton and Clube da Esquina, which opens on January 31, at 10:30 pm. After viewing on television, all episodes will be available on Canal Brasil Play also for non-subscribers.

With production from Gullane, direction signed by Vitor Mafra, argument by Fabiano Gullane and script of Danilo Gullane, Marcelo Dantas and Vitor Mafra, the attraction is based on the book Dreams Don't Grow Old - Clube da Esquina Stories, in Marcio Borges, and ends the Bituca tour dedicated to the double album released in the early 1970s: “This project seeks to bring to the Brazilian and worldwide audience a little of the talent of Milton and all the partners who were responsible for Clube da Esquina. It is a joy for us at Gullane to bring this great project in partnership with Canal Brasil; we hope that the series can follow the same path of success that the songs did ”, says Fabiano.

In the debut episode, Milton Nascimento receives Seu Jorge, Samuel Rosa and Lô Borges. From the corner in Belo Horizonte that gave the group its name to worldwide influences, Milton and Lô remember the first compositions and the difficulties, such as the resistance of the label to invest in Lô Borges, then an unknown boy. “Clube da Esquina”, “Para Lennon & McCartney” and “Clube da Esquina Nº 2” are reinterpreted.

Created in the early 1970s, Clube da Esquina is still remembered today, even with a discography of just two albums, as one of the most revolutionary groups in the history of Brazilian music. The band Milton Nascimento, Lô Borges, Beto Guedes, Tavito and Wagner Tiso passed through, among others, composed songs that inhabit the affective memory of Brazilians in a mixture of MPB, bossa nova, rock, psychedelia and jazz with a unique sound.

Opinion | Is it still worth subscribing to Netflix in 2019?

I could simply say "no" and end this text with just one word, but it is necessary to argue and counter-argue about the question asked in the title ...
read more

The Movies | Documentary series premieres in January on HBO