Thunder Wave
StartColumnsComparativesYou | See the differences between the first season of the series and ...

You is series which is generating a lot of comments since its debut on Netflix. Based on eponymous book of Caroline Kepnes, the plot features Joe and his obsessive passion for Beck, which leads him to commit absurd acts.

As is customary in this type of adaptation, the series has some modifications in relation to the book. While maintaining the main essence and being faithful at almost every moment, there are some more considerable changes.

See the main changes between the series and the book: 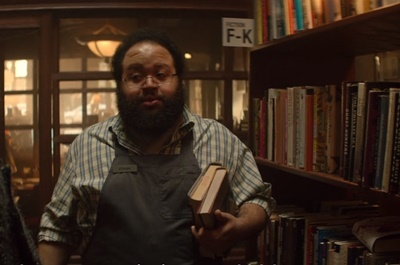 Initially, who worked at the bookstore was Curtis, a young man who ends up being fired after giving Beck's address to Joe without his permission. The problem with this action is that the girl appeared in the apartment by surprise, without giving Joe time to hide all the objects he stole from her that were scattered around the environment.

Instead, the bookstore employee is Ethan, who enters the book after his dismissal. It is he who delivers the address in the series, but does not have the same destination as Curtis.

The changes in Benji 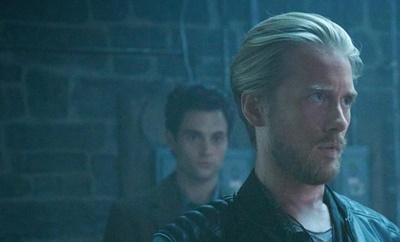 Benji is an asshole in all versions, but there are some changes to the series. In the original work he does not try to maintain any kind of relationship with Beck, he would never even apologize for one of his acts. It is she who always chases the guy, who takes advantage of her being available for something casual, and usually violent. Beck even buys a reputable book, which he completely ignores.

The question of whether he killed a colleague, shown through a video featured in the series, does not exist in the book. He's just an addict, no murder.

Another thing that is presented in the book and not in the series, is the deposit of Benji. He was a kleptomaniac and rented one to leave all the items he stole. He gives Joe the key in an attempt to buy his freedom, but he ends up using it to keep his ashes.

In fact, it is Curtis who is behind the attack Joe is a victim of, revenge for his dismissal, and not a confrontation with Ron (Paco's stepfather, in the series).

Paco does not exist in the book 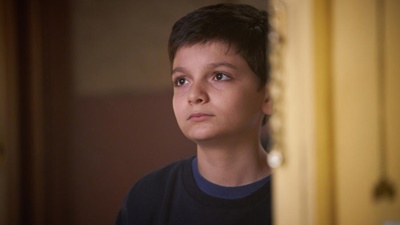 Paco and the whole issue of abusive stepfather does not exist in the book. Obviously, Ron and Claudia don't exist either. Karen, the sister who dates Joe, does exist and is his girlfriend, but of course, unrelated to the family and far from being his neighbor. They know each other on public transport.

Everything is wrong at the Charles Dickens Festival 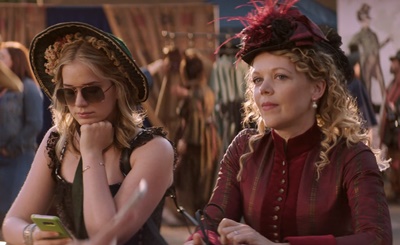 The Charles Dickens festival is very important for the development of several issues, which are well addressed in the series, but have several modifications.

To start, it is done on a boat. And it is not possible to enter without a costume, so Joe gets a last minute one, always complaining about the extra expense of clothes and hotel stays.

Beck doesn't see him at the festival, Joe even suspects he is seen, but it's just paranoia. In fact, she never saw him at any time when he was chasing her.

Therefore, she does not tell about her father when they meet, but when they return and she decides to confess everything to Joe. Ah, Nancy's pregnancy doesn't exist either.

Mooney is not so disturbed (nor so disabled) 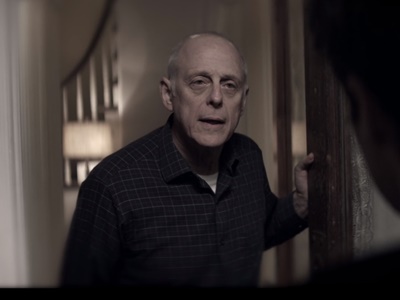 Joe comments a lot about Mooney in the book, making it clear that the bookshop owner was a kind of father figure. But it is not clear whether he took care of him, only that his job at the bookstore was a relief for the young man.

However, the series explores this and poses as if Mooney had adopted Joe when his parents abandoned him. The countless times he has arrested Joe in the cage have been exaggerated, the only one cited in the book being when Joe takes a very rare edition from there to read and allows it to be stolen when dropped on the shop counter.

Mooney doesn't suffer a stroke in the book either, he just got tired and retired. It's old, but that's it. 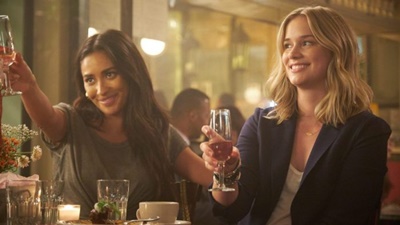 Peach also has an obsession with Beck, she doesn't like her friends and always wants all the attention for her. When she makes an appointment, she doesn't want the company of her other friends, making excuses to disinherit them, unlike the series, with social moments between them all.

The issue of nose surgery and the video that Peach posts about Annika are also inventions of the adaptation.
Another invention is the whole matter of the agent, that Roger Steven, that Peach arranges. Nothing like this ever happened in the book, and that character doesn't exist. Raj and the story of going to Paris are also presented only in the series.

Finally, she never had a gun or even directly confronted Joe in a moment of life and death. When she ran, she didn’t use headphones exactly for security reasons, which is what saves her when Joe attacks her the first time, someone hears the music and finds it in time to take her to the hospital. The second time, he attacks her from behind on the beach and throws her into the sea with stones in his pocket so that the body is lost.

By the way, when Joe suffers the accident on the way home from the beach, he even goes to the hospital in the book, without the excuse of being married to a doctor. 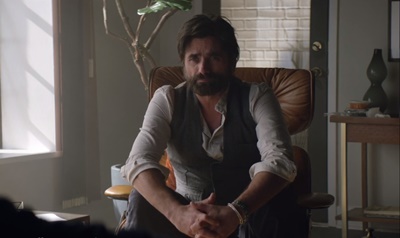 From the beginning of the book, Peach had been in therapy with Dr. Nick. Joe enters her before they actually start dating, when she disappears and he thinks there is something going on between them.

And in fact something was going on. Through the audios that the therapist kept, he discovers that they were flirting madly, and this time when Joe is dating Beck, they start an affair. Joe tries to kill him, but is interrupted by a call from Beck and ends up deciding that it is not worth it. This whole story of him being guilty of Beck's murder is a total invention of the series, she didn't even write a book.

It is Nick who gives the Macbook to Beck, who actually used an old computer for almost the entire book. Interestingly, when Nick decides to separate from his wife and face the fear of losing his children to start having something serious with Beck, she decides that the affair is not worth it and wants to continue dating with Joe.

Speaking of cases, Joe never had one while he was with Karen, and there is nothing proven about Beck's cases with teachers.

The big changes in relation to Candace 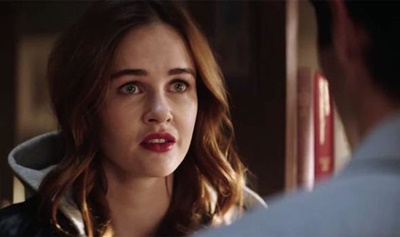 These are the most important changes in the series. In the book, Joe did kill Candace, just as he killed Peach. There was no proven case, but she was awkward with him and intended to end it all. He killed his brother, who opposed dating as soon as he met her.

Nobody knew about her, in the book there is not all that fanfare where Beck tries to find her at all costs, let alone mutual friends.

Beck has a more dramatic death 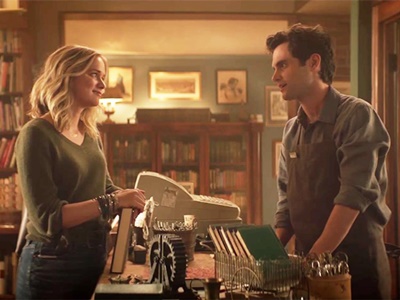 When Joe arrests Beck, he desperately tries to make a connection between them. For that, he reads The DaVinci Code, the first book she gave him. She then takes advantage of his confidence and, in a provocative moment, manages to attract him and then try to escape. Only to find the main door locked and to be caught before getting help.

So she ends up giving up and when she confesses her psychological problems to Joe, he freaks out and hangs her, almost without realizing it. She dies on the bookstore floor, behind the counter. 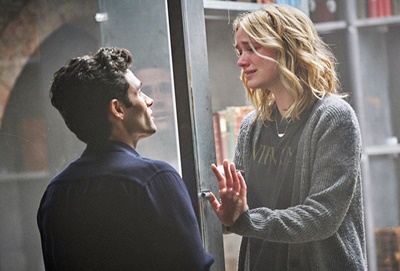 Do you know the Nirvana T-shirt that Beck is always wearing when he stays at Joe's house? She actually belonged to his mother and he did dress her up occasionally, until Beck got hold of her.

And that romantic walk that Joe plans with Beck, which ends up being forgotten because Peach calls her, is actually a reference to their first meeting. In it, Joe takes her to ride in a carriage and then to a very chic bar, but they are interrupted by Peach.

You | Netflix confirms season 3 of the series

Outsider | Five differences between the series and the book