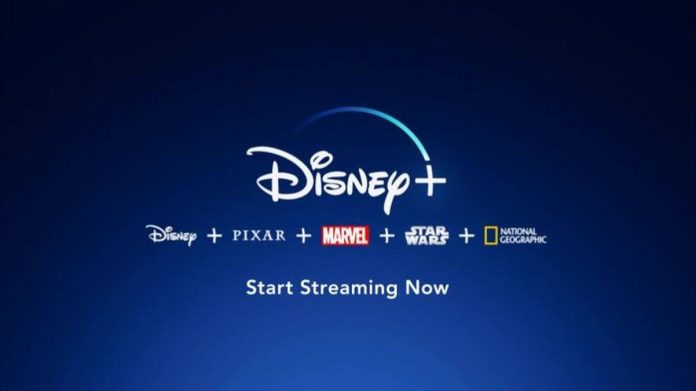 O Disney + arrived in Brazil on November 17, 2020, and with almost 2 months, streaming from the home of Mickey debuted with several promotions for new subscribers, partnerships with other companies such as Globo Play and promising fables to fans. But is that all? Let's go to our analysis.

One of the main complaints of many subscribers is always the application. Globo Play, as well as HBO they are champions of people who are more than dissatisfied with the various problems they bring. They are since not being able to log in, as well as speed, which even with the wi-fi does not seem to work.

These are problems presented for mobile devices, but there are also others for PCs and even for video game consoles, where locking and graining are constant complaints from subscribers.

We did our installation on a device that presents more than problems, which is the BOX TV. You can't find the Disney + app on Google Play, that is, we had to look for another program, which worked perfectly.

To perform all the configuration, that is, installation, login and password, it was very fast and did not present any failure, unlike other streaming apps. The application is very light and when watching a movie or series, the loading was immediate and without crashes or grain.

On the notebook, it was also hassle free, just enter the site, log in and enter the password. To watch any of the films, series or documentaries, even with the slow internet, the site managed to maintain the quality.

2. Design of the page

The page showing the entire library of films, series, documentaries, among others, has nothing new. But it is much more functional than the competition, separating by products, such as: Marvel, Star Wars, Pixar, etc. And when you enter one of these pages, they are still separated by subject.

Fans of the saga of George Lucas will appreciate a lot, as this part is separated by themes like Darth Vader, Ahsoka, year of launch, etc.

But not only is this part quite separate. All Disney products can be found for decades, that is, from the 1920s to 2021. It is fascinating to browse and see the time when many animations were launched and to realize that even after so many years - and put years - these long ones are so successful.

Seeing your list is also simpler than other streaming channels, as you just click on List and see what you saved, as happens with Globo Play.

Each attraction has some extras and suggestions to check. The extras part is interesting for those who like to see how their favorite film was produced. It is the same as DVD and Blu-Rays Extras. The suggestions part is also not new, but it is more accurate than the competition, because if you watch something from Pixar, it will show you Pixar and not horror movies.

One of the problems is how to watch what you want. There is no way to choose beforehand whether you want to see it dubbed or subtitled. Only after clicking will you be able to choose the way you want to check. This may seem silly, but there are many attractions like Clone Wars that the caption is only in Portuguese in Portugal. Some others, still in Star Wars, like Rebels, do not have subtitles in Portuguese, and it would be very interesting to be able to know this before you start watching.

Finally what matters most. Is it worth signing for the schedule? Yes it's worth it!

Disney + has attractions for all tastes and ages. Adults over 40 will delight in watching classics like Herbie or Pixar’s programming with its independent shorts called Sparkshorts.

Again, unlike some competitors like Netflix, Disney + is very addictive and easy to choose what you want to watch. The person doesn't spend hours and hours trying to choose. This is facilitated by the library being 100% Disney and not having products from other distributors that end up polluting the channel.

This facilitator ends up attracting the viewer to great works that would hardly be seen on Netflix as himself Sparkshorts it's yours Loop, which is undoubtedly one of the best short films made with content with an autistic protagonist.

Others are Pixar in the real world, where their animations are brought to New York City. It is definitely fun.

There are also some releases that arrived exclusively on the channel due to the pandemic as Soul, as well as series that are very successful in the USA.

Subscribing to or migrating to Disney + is an excellent - and positive - alternative. If you are a Netflix subscriber and are tired of your programming, you don't have to think too much to change streaming. But if you are signing the Amazon Prime, it is best to continue with Prime and also purchase Disney. If it is from Globo Play, it is worth signing the joint promotion between the companies.

This analysis was only possible thanks to the sponsorship of our friend Fernanda Fernandes! Thanks!

More than Miyagi: The Pat Morita Story manages to do the job with great respect between the actor and those who seek to know more about who Pat Morita was behind the camera.
read more
Reviews

Disney has been betting for a while on adapting its animations for live action. It was like that with the depressing Lion King, a little ...
read more
News

A lot of people stood up straight when they heard of the arrival of streaming Disney Plus here in Brazil. Scheduled for November, the giant promises ...
read more