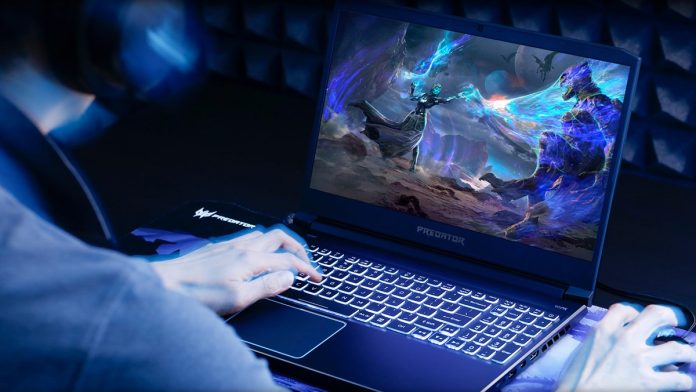 Games or games, this is very easy for you to know. But what about when we're talking about some like AAA, or names of companies like Capcom and Sega? What do they really mean?

Many people even prefer to stay away from certain games due to the terms used, especially if they are an old school and retro gamer. But enough talk and let's go to some terms used in the universe of games!

AAA - In the video game industry, AAA (pronounced “triple eɪ”) or Triple-A (in Portuguese) is a classification used for games with the highest budgets and promotion levels. A title considered AAA, is expected to be of high quality, or to be among the best of the year. AAA is not an acronym, but a way of classifying games, in some cases, referring to them as an equivalent to a blockbuster film.

AD - An acronym for “Attack Damage”, that is, “attack damage”. Refers to how much damage a character has on each hit.

Alex Kidd - was the protagonist of a series of video games produced by SEGA between the late 80's and early 90's. The character and his games (like Alex Kidd in Miracle World, the game contained in the memory of Brazilian Master System II and III) they were initially successful, to the point that Sega used its image as its official mascot. In the 16-bit generation, as Nintendo captivated the more child-friendly audience, Sega, as it already has an installed base in arcades (which were for people over 18), decided to bring its games to the Mega drive thus being the video game for young audiences of the time, and Alex Kidd was seen as a child character, and would hinder the console campaign, in 1991 he was replaced by Sonic the Hedgehog.

Avatar - a virtual representation of the user, not necessarily having to be a real photo or a character during a game. A good example is the images used by certain applications and even on Netflix.

Beat 'em ups - also known as brawlers or street fighting in Portuguese, they are electronic games focused on hand-to-hand combat against multiple waves of enemies. Generally, these games take place in urban settings, where the plot revolves around fighting crime or the protagonist's revenge, although there are also games with fantasy and historical themes. Traditional games take shape in scenarios rendered in two dimensions with several movement planes, however the most recent ones are generally entirely in three dimensions. This genre is noted for its simple gameplay and the constant presence of cooperative modes for two to four players.

BG - Abbreviation for “Bad game”. It is placed (usually) when players lose or are dissatisfied with their result or with the team in general.

BOT - diminutive of robot, also known as Internet bot or web robot, is a software application designed to simulate human actions repeatedly in a standard way, just as a robot would.

Capcom - is a Japanese electronic games developer and publisher based in Osaka. She is known for creating multi-million dollar franchises, such as Resident Evil, Street Fighter, Mega-Man, Devil May Cry, Dino Crisis and Onimusha. Its main headquarters are located in Chuo-ku, Osaka. The name “Capcom” is an abbreviation for “Capsule Computer”, a term adopted by the company to describe arcade machines that it manufactured in its early years, designed to separate itself from the personal computers that were popular at the time.

Easter eggs - In computing, an Easter egg (or Easter egg, as it is better known) is some humorous secret hidden in any type of virtual system, including music, movies, websites, electronic games, etc. They are something like “virtual pranks” and even homage.

Hack 'n' slash - Hack and slash or in direct translation: cut and slay, abbreviated H&S or HnS is a type of game that emphasizes hand-to-hand combat. It originally describes a style of gameplay in role-playing role-playing (RPG) table games, adapted for MUDS, MMORPGs, and electronic games in general. In console and arcade games, use specifically implies focusing on an individual in hand-to-hand combat or with short attack weapons. In other contexts, it is more general for an archer or martial artist to participate fully in a game of hack and slash.

Indies - English term indie is short for independent and it is applied in the cultural, arts and live performances to musicians, producers and artists who do not have publishing and distribution contracts with large companies and launch their projects independently. It is also linked in the games and cinema industry.

JRPG - is a term used to specify the style of RPG developed in Japan. The acronym JRPG means “Japanese Role Playing Game”.

KVD or KVR - short for “kill versus deaths” or “kill death ratio”. Their respective translations indicate death murders. In this sense, it is a statistic widely used in shooting games, to compare the number of times the player killed against how much he died.

LoL - short for League of Legends.

LOL - is an English slang that stands for the expression “laughing out loud”, and in Portuguese means something like laughing out loud, rolling around laughing, etc. Other people attribute Meanings many different; a possible variation is “lots of laughs”.

MMORPG - An online multiplayer or massively multiplayer role-playing game or MMORPG is a game genre that allows a group of players to create characters in a dynamic online virtual world. MMORPGs are a fusion of Massively Multiplayer Online Game with RPGs.

Nintendo - is a Japanese developer and publisher of video games and consoles based in Kyoto. It was founded in September 1889 by artisan Fusajiro Yamauchi and was originally a manufacturer of traditional Japanese playing cards.

NPCs - A non-playable character is an electronic game character that cannot be controlled by a player. NPCs are part of the game's story and scenario, and the user can interact with them to complete missions, buy, sell items or learn about the history of the environment.

RPG - Role-playing game, also known as RPG, is a type of game in which players take on roles of characters and create narratives collaboratively. The progress of a game takes place according to a predetermined system of rules, within which players can freely improvise.

SEGA - is a Japanese electronic games developer and publisher based in Tokyo, with international branches based in Irvine in the United States and London in the United Kingdom. Its name comes from Service Games.

Sonic the Hedgehog - is the protagonist of the series. Created as a replacement for Alex Kidd, considered Sega's mascot, and also as the company's answer to Mario, his first appearance was in Sonic the Hedgehog from Mega Drive. Sonic's great skill is the speed of his run, which makes him known as the fastest hedgehog in the world. The character's name comes from the English word "Supersonic" ("Supersonic"), because Yuji Naka, the creator of Sonic, wanted a name that suggested speed. He is 15 years old and is fast as the sound. He always tries to stop Dr. Robotnik (also known as Dr. Eggman) from picking up chaos emeralds and, as always, he succeeds. There is a gene in the mammalian DNA that was named Sonic hedgehog, in his honor.

Shoot them up - either spaceship or vertical / horizontal shot use this name as well.

Needless to say, 2020 is a year for history books, and as external circumstances have forced more people than ever to ...
read more
Games FC

Fans of the Resident Evil franchise are used to evading Umbrella Corporation's cruel experiments. During the escape from Raccoon City, for example, Jill Valentine ...
read more