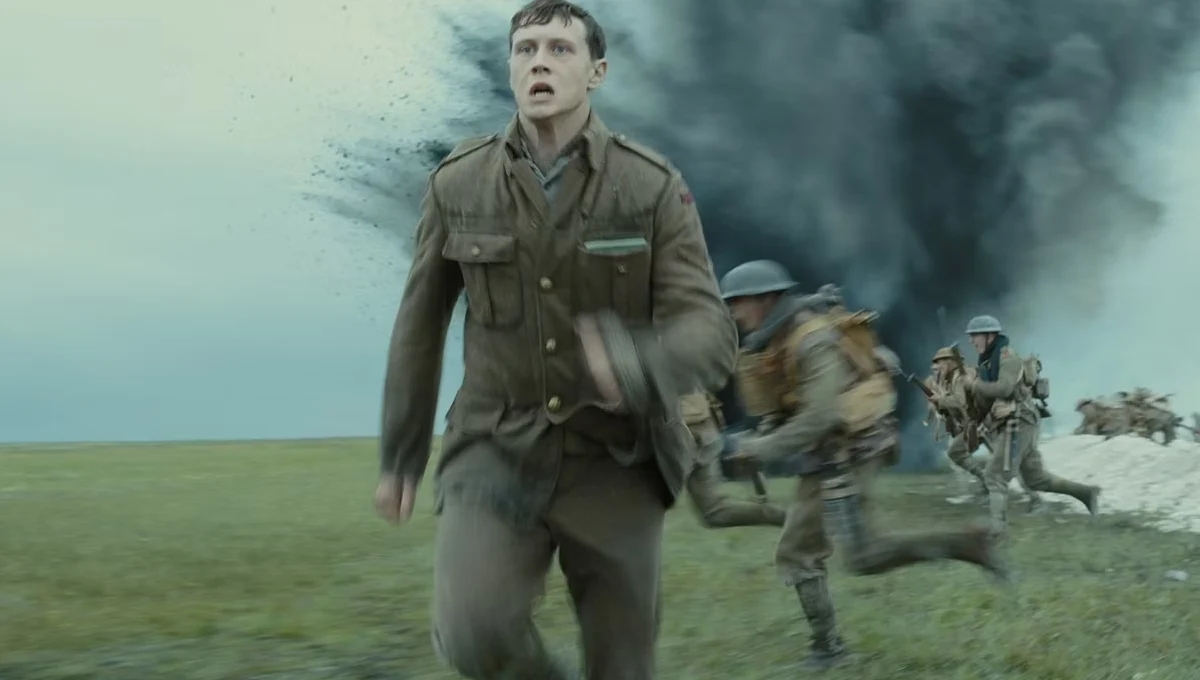 One of the great surprises of this year’s Golden Globe was the Best Drama category, where 1917 won the best of so many favorites. The film, directed by Sam Mendes (007 – Skyfall), is one of the few Hollywood films that addressed World War I, inspired by the director’s grandfather’s stories, 1917 has the right ingredients for a good war movie.

Featuring in its main cast Dean-Charles Chapman (Game of Thrones) and George MacKay (Captain Fantastic), the story is turned on the mission of two soldiers, Blake (Chapman) and Schofield (MacKay) to deliver a warning letter to another troop. order to cease the attack on the enemy troop, Germany, as it is an ambush where Blake and Schofield must warn them before the British military advance, starting a real race against time.

Almost two hours long, the film begins with scenes that make the audience apprehensive as they follow the soldiers’ journey to their destination, creating a very intriguing atmosphere, until they take us to the real combat sections in its course. The big difference is to analyze how the audience can become part of some scenes, with the cameras accompanying the characters which makes the film exceptional. Another point to be complimented in the feature is Roger Deakins‘ stunningly brilliant photography of the film, with breathtaking and beautifully executed scenes, in a basically uncut plan, which makes the viewer not take his eyes off the screen any minute.

This incredible war drama that is 1917 is worth checking out, both for its scripting and for its cast, photography, costume, among many other items, is the complete combo to get on anyone’s favorites list.

In Brazil, the film has a release date for February 23rd in all theaters.