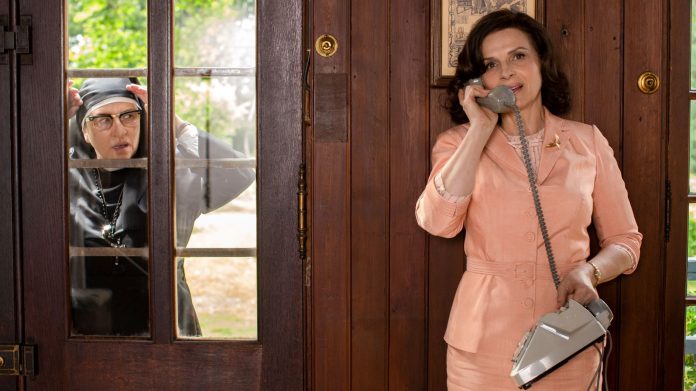 Longa shows the need for changes that reflect today

As is historically known, France in the 1960s underwent very important changes. After all, people took to the streets of Paris, labor and student movements came together in search of more equality and this is not an invention of the postmodern world. Just as the French Revolution brought a new path for world behavior, the May 1968 movement set off a new journey for society. Unfortunately, today's movements are weak, even those that seek changes in the world.

But you may be wondering if this urge to speak out came out of nowhere. In truth no. With time advancing, society has been adapting, changing, and things that used to "make" sense, now do not anymore and, perhaps, this is the high point of the good wife, new film by the director and co-writer Martin Provost. You see, this is not a feature about the events of 68, but about the moments that preceded these changes. The film introduces us to a French school, in the countryside of França, which teaches girls to be good housewives and excellent wives, that is, PRENDADAS. Directing the school is the demanding Paulette, played by Juliette Binoche, the funny and charismatic Gilberte, role of Yolande Moreau, and the nun Marie-Thérèse, character of Noémie Lvovsky, which is fun and short tempered.

The chemistry between them is really cool, they are united in a way and it's with them and a group of young people that we can see the change in their behavior. We can see that the changes start with the girls, Paulette's students, who begin to know about their sexuality and break the square they were inserted. They discover things they didn't know about, sensations, stimuli, thoughts. And from there, we see the thing evolve and older women start to think outside the box as well that they see in pants, an opportunity to be different.

The view adopted by Provost is very interesting, as he shows that movements are not born overnight, but like a spark that lights up and then takes proportion and we see at its apex the explosion of revolt, movement, manifestation that seeks significant changes for those who are not satisfied. In addition, our trio consisting of Binoche, Moreau and Lvovsky, rock the performances and set the tone for the plot. But, there is a gap construction of characters, lack of tact, sensitivity in the direction to tell the story of the students who are left aside when they could have been well used as a possible homo-affective relationship or one of the girls who ventures into a sexual relationship for the first time.

There was a lack of development and attention when working with these stories that reflect a lot of today's society. However, we see that the direction valued much more the humor of the situations that is already a French characteristic. They are proposals for strong stories that need attention and development. Despite this, something that was more concrete and less cloudy was missing. After all, the last scene doesn't match at all with the previous minutes of the plot. He didn't marry this “playful” part and thinking about it, if this was the plot, some stories should be softened like the kiss between the two girls.

Finishing, the good wife is an important plot, as it addresses the path taken to change and how the world moves forward and realizing that we need to evolve even more. It lacked sensitivity, it lacked a woman to talk about and with other women in a way that only productions like Birds of Prey, for example, which include women in their majority nucleus, could do.

Criticism | My Holidays with Patrick

Criticism | Shazam! worth every minute

Criticism | The Enigma of the Rose