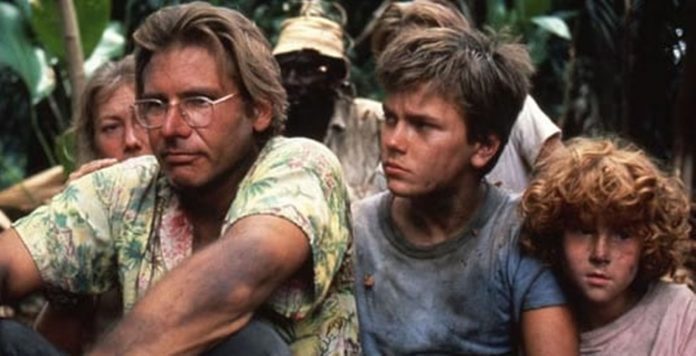 There was a time in the last century, mainly until the mid-1990s, when people went to the cinema due to their appeal for stories with a more intimate and mainly critical content, since the Cold War had just ended.

The entire entertainment industry was present as a faithful critic of this state of war between the USA and the former Soviet Union (USSR). Music groups have launched hits that are still hymns of freedom against all kinds of censorship and even the danger of leaving the responsibility of pressing a button on the hand of a president who can be a little crazy, as we just saw in the last 4 years of Trump. Happily, The Final Countdown Did not happen.

Another reason that took people and more people to the cinema was to see their favorite actor and in the 1980s two of them stood out with the public: Harrison Ford, for its historic box office with Star Wars, Indiana Jones among others, in addition to the young talent River phoenix which also came from successes like Stand by Me and Journey to the World of Dreams and years later I would work with Keanu Reeves in success Call Guys. In case you noticed the surname, he was the older brother of Leaf Phoenix, who after River's death, changed his name to Joaquim.

The Mosquito Coast (The Mosquito Coast), is a drama that shows an American inventor, played by Ford, who moves with his family to the Central American jungle, convinced that the USA is bankrupt as a nation. Determined to create a civilization better than the one he abandoned, he doesn't see that his obsession can end up dividing the family.

The film is an adaptation of the book of the same name that features a Harrison Ford completely different from the one we are used to seeing in action. Of hero or the bad boy, here the actor is a paranoid, who goes beyond his obsession with keeping his family on the Mosquito Coast. He practically keeps them captive, without any communication, and goes beyond the protection he thinks he is giving them.

Within the conflicts that this isolation brings, one of them is with his son, lived by River Phoenix, who would later play the role of the young Indiana Jones in The Last Crusade. His personality is that of a young man who understands his father, but he also wants to understand more of the events that surround him, realizing at every moment how much his father's obsession is not only bad for everyone, but the ruin of a family.

The Mosquito Coast it is an emotional drama that leads the viewer to judge the father's behavior, but also to wonder if he would not do the same as he does, especially in times like this that we have to live in social isolation. You can think how far parents would go to protect their family and how far a child should go to save everyone.

Pride Cup 2021 will be aimed at the LGBTQIAP + community and sponsored by Predator and ...

Criticism | Where are you, Bernadette?