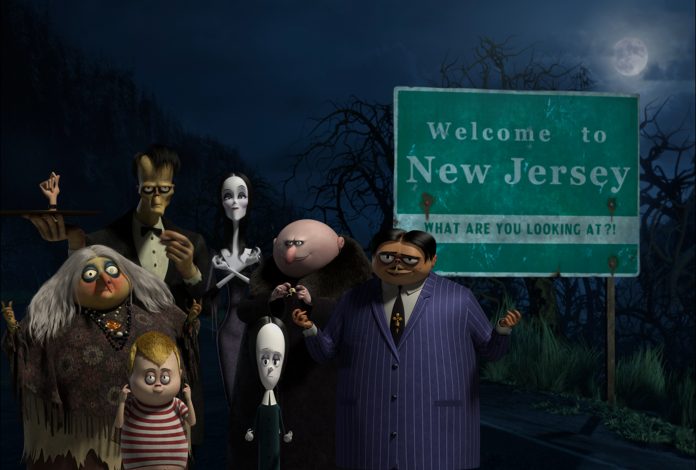 The Addams Family is back! After two decades, or more precisely, 21 years, since the third feature film Tim Curry in the role of Gomez, there was nothing else in theaters, that is, almost a generation without knowing the strangest and most loved family on TV. Many may not even remember this feature, as fans still celebrate Raul Julia who played Gomez Addams in two films, in 1991 and 1993.

The Addams Family originally appeared in a group of 150 comic strips where about half were published in The New Yorker between its debut in 1937 until the death of its creator, Charles Addams in 1988. Since then the Family has been adapted to other media, including television series (animated and live), movies, video games and a musical.

Now Charles' creation returns to theaters for a new generation who will be able to learn a little more about its origin in a new adventure.

This new animation plays the role well, keeping the original material and adding new facts to the Family history. Many will be able to compare it with the first Hotel Transylvania, for its beginning and how parents protect their children. And in part they are very similar. Even so, The Addams Family it has its differences for being one of the first to approach difference and prejudice in a humorous way in the American way of life.

The animation still has several elements that the oldest will perceive coming from the television series (1964-1966), in addition to themes played on the piano. But not everything is homage to the golden years of TV, other more updated parts are well placed in the plot, giving an interesting tone of novelty.

The cartoon has a beautiful dubbing in the USA with actors known as Oscar Isaac from Star Wars and Charlize heron who lends his voice to Morticia Addams.

The Addams Family is an animation made for fun for all ages, even those over 60 who can share a little more of the history of television with their grandchildren.

Fast and Furious 9 also had its debut postponed, now for over a year.
read more
News

007 - No Time to Die | Movie release delayed because of coronavirus

Launch of 007 - No Time to Die is postponed because of the coronavirus.
read more