Once again we are surprised by the unique look of Greta Gerwig that impresses us with every project well executed. While Lady Bird explores a woman's maturity, her newest feature Lovely Women takes up the subject, however, with a broad view of what it is to be a woman.

Based on the work of Louisa May Alcott - has had four other cinematographic adaptations since 1917 -, it seemed a good time for a new adaptation, remembering that Hollywood undergoes very important changes in relation to the representation of women. But can we fit this new version within that moment that not only Hollywood, but the rest of the world, is living?

We believe so. The plot follows the growth of four sisters who are played by Saoirse Ronan, Emma Watson, Eliza Scanlen and Florence Pugh (Jo, Meg, Beth and Amy) who entertain themselves with theater, dance, music, art and literature during the Cold War. The film is set in the mid-1860s and featured an expert in period films, Jacqueline Durran. In addition, clothing and scenery were key pieces for the viewer to feel closer to the work.

The year 2020 is full of female protagonism and this great film could not be missing, since very relevant issues are emphasized not only at that time, but that today we discuss all the time as feminism, machismo, the difficulties that women faced in season. If you think that today it is difficult to obtain equivalent salaries between men and women, think back to that time when it came to women, everything was summed up in a marriage with a rich husband. This is very well put in the speech of Jo and Amy, where they say that they themselves were aware that in the end it was all an economic agreement, because women did not have their own money. But it goes far beyond that. Is a rich husband really the solution? If you don't love him. How rich is it worth to live a bitter life as the character of Meryl Streep?

Each with a different and unique personality, are complementary to each other. They cultivate a true friendship that becomes the guiding thread of the plot and what makes the film beautiful. Do not be alarmed when watching, the film is presented in a non-linear way, the story mixes past events with the present. The visual work is very well done. We have warm colors that illustrate the past, it is alive, almost cool. The present is bluish, cold, a little sad and opaque. This helps to feel each emotion expressed by each well-performed interpretation of the actors in general. You can taste the slow motion at certain times. Not only that, but the photography, the script, the soundtrack are all tied in a good direction. 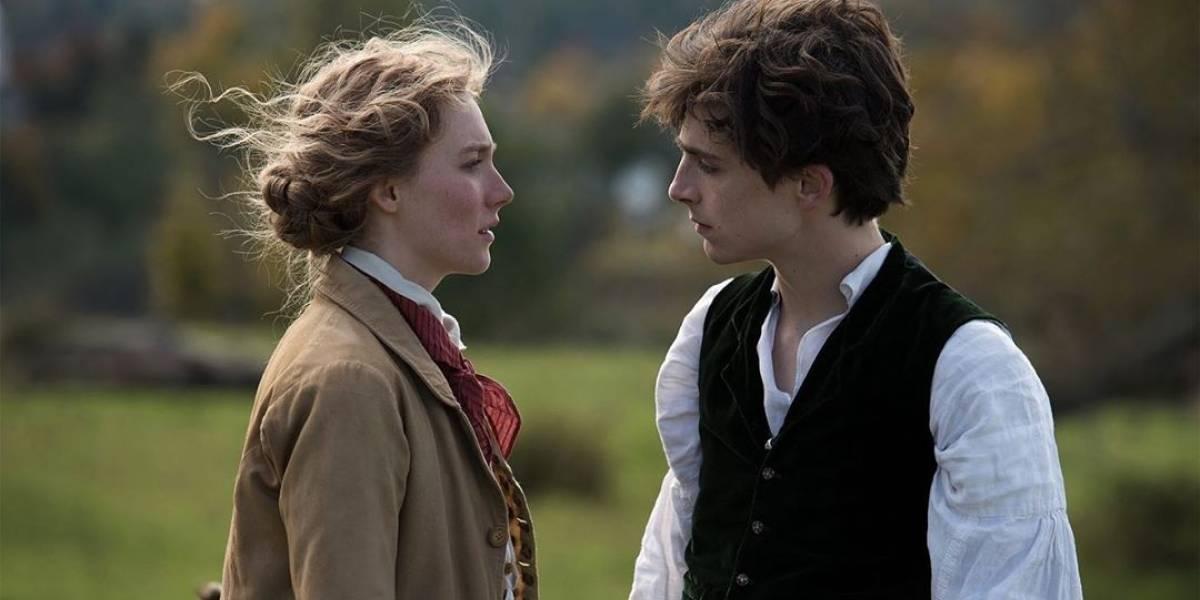 The awkward romance reminds Pride and Prejudice, which mocked luxury and the exploitation of poverty. It also makes clear the macho society that oppressed women. However, we must be aware that even though it is a work that speaks of women's struggles, there is little racial diversity - we can see that in other productions of Greta, she does not have this concern - but that she struggles to see the protagonists in her battles. own. Unfortunately, one of the sisters does not reach adulthood, but at the same time it is she who unites the others. The cast is impeccable and translates to each speech a feeling of belonging at that time. Another strong point is the dedicated Marmee, played by Laura Dern, mother of the girls who uses her wisdom to comfort and teach her daughters.

Lovely Women it is a good film to watch and be touched by, remembering that it is nominated for an Oscar 2020. The charismatic cast invites you to keep your eyes glued to the big screen. Greta Gerwig's direction proves how mature her worldview has been and how sophisticated she has become. Undoubtedly, it is an intrinsic trajectory through the intimacy of exciting characters.

The Circle, the end of the fake universe?

The Circle is one of the most powerful companies on the planet. Acting in the field of Internet, it is responsible for connecting users' emails with ...
read more