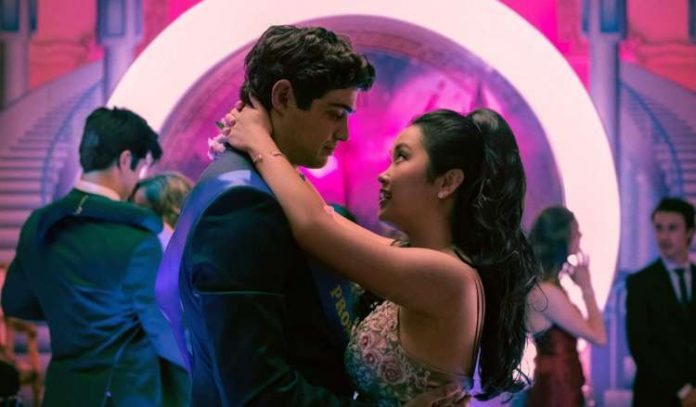 Third feature of the franchise rescues the sweetness and grace of the first feature, with a hint of ripeness

Without a doubt the trilogy of books 'To All The Boys…'from the writer Jenny Han accompanying the ups and downs of Lara Jean Song Covey, a girl of Korean descent who writes five letters to boys she once loved is a success. always and forever it is the last chapter of this story that we love. Like the protagonist, we have also matured and now is the time to allow ourselves to dream and be moved by the choices of Lara Jean.

The feature that arrived on the Netflix streaming platform on February 12, For All Boys: Now and Forever, is the outcome of the couple's story Lara Jean and Peter, on the eve of graduating from high school and leaving for university. Peter passed the prestigious Stanford University, in the expectation that Lara Jean also go to the same institution to continue passionate dating. However, something unexpected happens and causes the plan devised by the couple to get off track and the question that remains silent is: PK and LJ will they succeed?

The plot shows how difficult it is to deal with frustration and accept the fact that she and Peter will not be able to do the things they wanted so much and one topic that is addressed is how we position ourselves in a relationship with someone. Should we meet the partner's expectations or take a chance and do what we really want? It is at that moment that Lara Jean realizes that life is by no means a fairy tale.

The feature was a straight shot. If by an unhappiness of cohesion and sense, they left the competitor John Ambrose (Jordan Fisher) from the outside, after almost causing the separation of Lara Jean and Peter Kavinsky in PS I still love you, seems to have been nothing more than a ghost to be forgotten as well as the charismatic and adorable Stormy (Holland Taylor) that is not even mentioned. As sad as it is to leave such striking characters behind, it is difficult not to take this “forgetfulness” with a good eye. After all, Lara Jean overcomes her doubt and it is in this remarkable outcome that we see how much she has matured.

The production focuses on questions about true love vs. career; the sacrifices one is willing to make for love; whether love in youth is real and solid enough to resist distance or strong enough to determine affective choices for the rest of your life. In this sense, the romanticism it is put in check and as a central link that will decide what will or will not happen. In addition, it shows the relationship of Kavinsky's father, which is not the best, but over time it develops. The fact of not deciding to go to college soon is also covered but very lightly in the plot. The script over and over again with a touch of subtlety and sweetness, reminds us that we must always think of the best for us and this message is crucial for a story that addresses the maturing of relationships.

In addition to working on this issue of dating between LJ and PK, the film also addresses a little more elaborately the bond of friendship and love between the Song girls. Kitty (Anna Cathcart) continues to be the practical and acid humor girl and in a way very present in the life of Lara Jean. Margot (Janel Parrish) since the first feature, the older sister has not developed as she should. But even so, watching their scenes together in Korea with their father and stepmother was a great idea. Like his middle daughter, Dr. D is taking a big step in his life, he decides to marry Trina and this is exciting, as he was alone so long. And as always, he has good advice.

The photograph remains well done, everything is very colorful and alive. The soundtrack is good and blends perfectly with the film. We also see here the outcome of the friendship between Covey and Gen, they start to talk more often in a gentle way. The excursion to New York is beautiful. How can a city be so beautiful? Perfect place for couples in love to swear eternal love. Despite all this glitter and sweetness, we are left with a question mark about the future of the characters, which is very welcome, because, after all, Lara Jean and Peter (as well as the other characters) are maturing, something that the scenes that remember important and important moments during the final credits leave no doubt ... that they will make it work. And if it doesn't, that's fine. Not everything is forever.

Review: Planet of the Apes - War

Review: Joy- The Name of Success