Thunder Wave
StartMoviesCriticism | Alice and Peter: Where Dreams Are Born

Criticism | Alice and Peter: Where Dreams Are Born 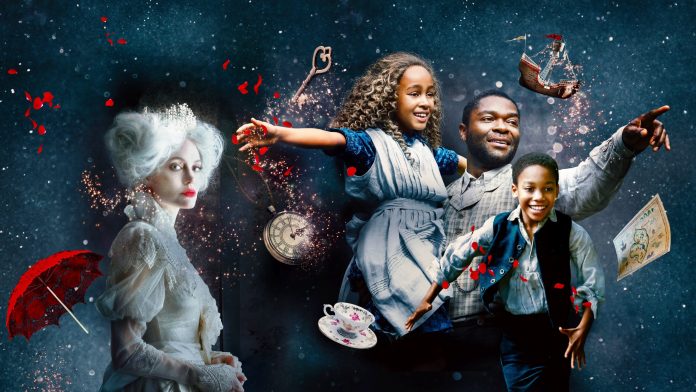 Who was Peter before he was Peter Pan? And where was Alice before she ended up in Wonderland? Which is Alice and Peter: Where Dreams Are Born came to tell, the story behind these two iconic children's stories that we all know.

The childhood days of Alice (Keira Chansa), Peter (Jordan A. Nash) and David (Reece Yates) are the same as so many children, using their imagination, create the most diverse games, where a tree branch can be a powerful spear and the only limit is how much they can create with their minds, children of Rose (Angelina Jolie) and Jack (David Oyelowo), a craftsman who creates replicas of ships to order. Their days of peace are numbered when a tragedy shakes the whole family, bringing great impact to Peter and Alice.

We see the world through the eyes of children and their singularities, an idealized world, where pirates exist and stuffed animals become company for afternoon tea. The shock of reality they suffer when they need to go through grief is something that deeply impacts them, especially in Peter, who internally blames himself for what happened and tries, anyway, to kill his imagination and grow up, to do things as a more adult person, even if that side calls him strongly. At the same time, Alice tries to understand the change in the behavior of everyone at home, but it seems that everyone just turns it away, leaving it aimless.

During the film we glimpse objects, names, scenes that refer us to the classics. Alice gets a miniature bell from her mother, she doesn't understand the gift until her mother, Rose, tell you that in fact, that Tinker Bell (little bell) is actually a fairy in a clear reference to the companion fairy of Peter Pan.

The reality overlapping with the children's vision works throughout the film, which can sometimes be confusing because it is not possible to understand if something really happened or if it was just a daydream, however, it is precisely this resource that the story works so that it is possible to believe that it is these two children who will become those of the classic stories. The focus is not on what happens in Alice in Wonderland or in Peter Pan, this is already consolidated in everyone's mind, but following the path they take to reach this point is what they wanted to tell in Peter and Alice: Where Dreams Are Born.

Staying between the threshold of reality with the fairy tale is walking in a narrow and easy way to get lost, and that's what happens with Alice and Peter, confused to follow some scenes and their transitions, which are unconnected and apparently lost in history. The moments when the feature makes the link with the classics take two extremes: they manage to insert in a natural way during the narrative some elements, such as the existence of the fairy Sininho, and others that are not necessary and become just forced scenes with no purpose.

The presence of consolidated names from cinema and TV as Angelina Jolie, David Oyelowo and Anna Chancellor they bring weight to the film and show that regardless of the size of the paper, they manage to have an interpretation that stands out.

Although it looks like a children's film, it is not suitable for children under 12 because it contains some sensitive themes and some more explicit scenes of violence. Alice and Peter: Where Dreams Are Born (Come Away) debut day June 3 at the movies.

Criticism | Rambo: Until the end

The Sims celebrates Pride Month in honor of the Simmers...

Daniel Radcliffe is an agent infiltrated into a neo-Nazi group in ...

'Ma' | See the subtitled trailer for the thriller starring Octavia ...