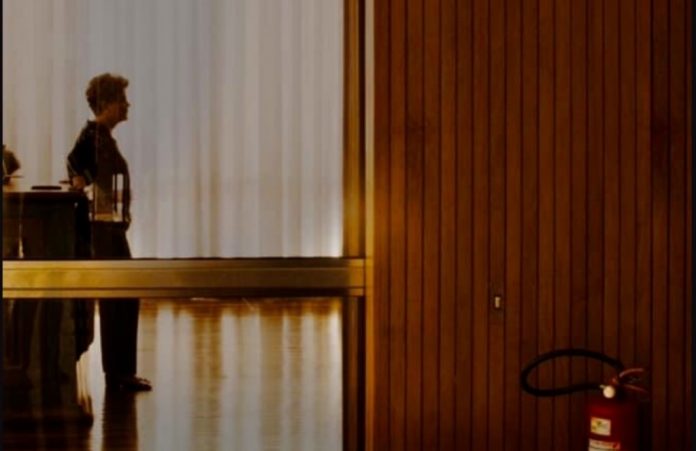 The work Alvorada is one of the most important representations of the death of democracy, we see President Dilma Rousseff's entertainment overthrow in an intimate way

The documentary Dawn, the directors Anna Muylaert and Lô Politi, captured the last days of President Dilma at the Alvorada Palace in Brasilia, during the process of impeachment suffered on April 17, 2016, when she was removed from the executive position in Brazil. According to the directors, who sometimes put themselves in the posture of interviewers of the President, the documentary's intimate interest is to demystify Dilma Rousseff, mischaracterize her and show the woman before the first elected woman resident of Brazil.

“For the colonel's memory Carlos Alberto Brilhante Ustra, the dread of Dilma Rousseff, for the Caxias army, for the Armed Forces, for Brazil above all and for God above all, my vote is yea”

APRIL 17, 2016, FINAL STRETCH OF JAIR BOLSONARO'S SPEECH, AT THE EPOCA DEPUTADO (PSC-RJ), DURING THE VOTE ON THE IMPEACHMENT PROCESS OF PRESIDENT DILMA ROUSSEFF, OCCURRED AT THE CHAMBER OF MEMBERS.

This speech is appalling and what bothers most is knowing that the same person who spoke it is the president of Brazil's current mismanagement. The work Dawn it is one of the most important representations of the death of democracy, the result of the anti-democratic coup suffered by Brazil in 2016 that is configured in an institutional breakdown that demonstrated how much Brazil still needs to evolve. We are presented with the articulation of Michel Temer and Eduardo Cunha who took advantage of a dishonest, corrupt and sensationalist media, thus promoting a horror show televised by all channels, the downfall in the form of entertainment by President Dilma.

From the first seconds, then the depressing audios of Bolsonaro that delineate the approval time of the process of impeachment in the Chamber of Deputies, we see the real exposure in a methodical way of the feature, through the small flickers, we have the feeling of being spies, intruders when entering the intimacy in the Palácio do Alvorada. The sound composition ranges from samba to classical music, but not to romanticize or stereotype the situations that follow, the well-chosen soundtrack serves as a backdrop to accommodate the viewer to the Presidential daily life and this is accentuated in the way the production visual “hunts” the President that we see working.

Through the lenses of Anna and Lô, we see the queen with her throne, however, without power. We are aware of many attempts at lack of seriousness, really in the conduct of the process that culminate in the real capture of each reaction of the following defeats that confirmed the end of the prosperity of the President's mandate that, even for a second, did not let itself be shaken and assertively , the President knew how to understand the unfortunate path we were taking.

If you follow politics you will recognize some famous stickers behind the scenes, characters who never left Dilma, like Jacques Wagner, Aloizio Mercadante, apparently everyone is used to the tense meetings. Besides, of course, the Attorney General of the Union at the time, José Eduardo Cardozo. We have the feeling of some slips in the production that amidst the flashes, a mixture of meetings with the defense or with technical debates on how to deal with the case politically in the best possible way, the film is lost. In addition, we have tension as a mandatory climate and the notion of close outcome that marks a space that will never have an owner. However, there is a moment when Dilma Roussef reports that there is a standard apartment at the back of the Palace and from then on we are sure that her intimacy will not be revealed.

The plural tone of the feature is in the mix of events that announce a near end and some moments of hope and this makes the viewer feel provoked, but we are aware that the coup will happen slowly and gradually. Constantly, the camera needs to find focus in the face of action situations and this is tiring, becoming unpleasant to events. We noticed that the feature does not use contextualizing elements, that is, you need to remember the past events to join the ends with the events shown there and conclude what was happening with the country at that time.

Parachute, the debate about programs like Science without borders and My home, my life fall on our shoulders. Not only that, but meetings with other members, with important groups such as women, demonstrate a real and urgent desire to convert the result of the coup. Here we have a new panorama of the crisis through the view of realistic politics and the direct speech of the protagonist or victim of this black hole, Dilma admits that she never felt comfortable being there and demonstrates this at times.

The most interesting thing is that the film does not show itself with the objective of admiring or promoting a tourist tour of the Palace, and with the short and static scenes, the editing points to a fusion, a construction of the narrative characterized by the space that includes work and human sensitivity . It seems unnecessary to show the menu served at breakfast or the problem with the filter of the humidifying pools in the palace designed by Oscar Niemeyer, this only confirms the thesis that before political actions, we have human resources that also need our attention.

The conflict situation is the recording itself, as it portrays debates and meetings, in an attempt to show a little more of the President and sometimes the recordings are censored with requests from the President to turn off the camera at one meeting or another. In the unpredictability, in the impasse of trying to humanize Dilma, we feel her discomfort in being placed in a prominent position at all times. We realized this because of the photograph positioned from the bottom up in the direct interviews that the directors verbalize on the scene. We also see the President sitting on the couch, in against plongée, showing greatness and great discomfort also when we see the focus on the legs and this mixture of feelings is the result of the current moment portrayed in the feature.

The essence of the documentary is Dilma Rousseff. In his speeches, phrases and speeches, positions and mannerisms show the person that he is inside the Palace, and we have the feeling that he is in itself the cinematographic unit, he is a balanced person, he talks about the fragility of human beings and the no belief in evil and the devil (Eduardo Cunha, whom she mentions as being a diabolic construction), besides making it clear that Alvorada is not a house, a residence, a home, at the same time its strong and feminine presence is perceptively influential in the environment, especially in the opening scenes, or in the finals, which show several women answering phones and preparing letters for senators. And even, for so long there, she still shows that she has difficulty opening the sliding glass door, or the documentary, when recording it distant sometimes, puts her in that remote position.

From here the beginning of the end is announced, the camera looks to the side and captures the emotion of the President's team watching her speech in Congress, it is one of the greatest moments. The arrival of squid and Boulos, here we have the possibility to read Dilma Rousseff with a mixture of benevolence and disgust. Despite acting calmly and assertively, it is impossible not to notice the air of disappointment with the direction Brazil has taken. The scene of other women, employees of the palace cleaning sector, occupying that chair, is a symbolic passage that a woman passed by. However, the worst happened and with it came the consequences for the working class that face misery and neglect.

At the end, we see who works at the Palace packing Dilma's things, after leaving the position of president, in the scene where the general security guard writes CASA in the transport boxes, and we realize that the powerless queen is no longer present, we feel the lack of the strong woman who once occupied the chair of the Presidency of Brazil. Hence, we feel how necessary it is to have more representation in the political environment. Not only that, but the plurality identified at the beginning of the documentary returns here at the end. We see the bird captured by the cameras that walks calmly but when faced with the glass, he despairs. That is how we see Dilma, the President, the woman who is losing her job, metaphorically she is the bird that walks out of Alvorada leaving invaluable lessons for the future with a taste of positivity and melancholy for her departure.

How to learn English with games

Criticism | The King of the Show