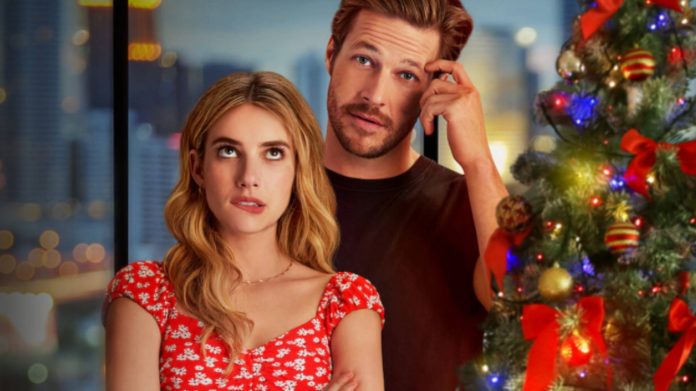 Despite being a recent debut, the feature quickly took the lead in the top 10

Love has arrived on Netflix. Recently released, the feature “Holidate” is a romantic comedy, a little out of the ordinary: two bachelors tired of being alone on holidays, two strangers agree to be in each other's company at all parties of the year. No falling in love, no sex, no judgments, just companions. Did it work?

The character Sloane (Emma Roberts) is a sarcastic young woman who enjoys her single life and believes she doesn't need a boyfriend. Jackson (Luke Bracey) is a fun bachelor who runs away from romantic relationships. The most interesting thing is not how it ends but how the relationship develops during the plot. A scene that perfectly shows how the film makes fun of the conventions of the genre is one in which the protagonists talk about the cinematographic expectations of a first meeting, including cliché situations that in an instant they will experience themselves.

The film is charming, tasty, funny, has some scenes in which the mockery is present, but has some very cute and true moments. The great success is the itinerary that innovates and takes us on a “tour” with the ferigates on several American holidays: Christmas, Thanksgiving and Valentine's Day, in addition to many others. All very natural, the situations created by the script by Tiffany Paulsen (Bride on the Run) are quite convincing.

The director John Whitsell managed to make the film fun even with the tacky situations we’re used to seeing. And the montage was impeccable, as he can only jump for the holidays without the story losing focus or being poorly told or meaningless.

Emma Roberts (Pampered Girl) and Luke Bracey (Monte Carlo) are a matching couple, and their chemistry is incredible. Even though the characters are so different, in personal goals and in the way they live. The plot and the script manage to make the pair match and the viewer cheer for the unlikely couple. Do not watch the movie with the pretension that it is A COMEDY ROMANTIC FOFA, because it is not. The feature stumbles on some jokes that don't work well, however, the trail is charming.

Amor com Data Marcada is a fun romantic comedy that bets on its protagonist couple to delight and its acid and debauched text to entertain. Even though the long achievement is cliché and should please the public. After all, a fun relationship is much better than a serious one (lol, got the reference for the joke, right?).

Love with date set is a film with a Christmas touch and that makes the film exciting and fun. It started in a very strange way, but it captivated at the end. After all, who doesn't want to be accompanied on holidays, weekends, weekdays? Who doesn't want someone to turn the cup on Friday night? It is a plot that warms the hearts of the spectators.

Batman vs. Superman: The Origin of Justice