Criticism | Anne With An E - Season 3 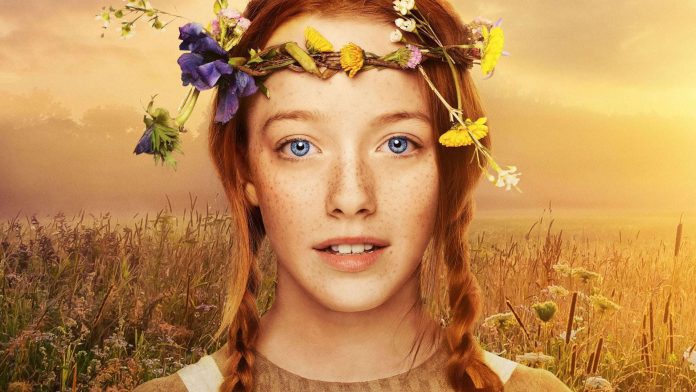 The series Anne With An E enough to the end in its third season as a big surprise from Netflix and channel CBC from Canada, who did not imagine the great positive repercussions it would cause among critics and viewers. The series debuted in the service catalog streaming without much fanfare, but after being discovered by the public, it won many fans - not enough for the audience, causing the series to be canceled by mutual agreement between the companies.

The production is an adaptation of the book collection called Anne of Green Gables (LM Montgomery), from 1908 that tells the story of the orphan Anne Shirley, a girl who loves adventures and who throughout her life learned that her imagination could take her to unimaginable places. The girl, who was mistakenly adopted by a couple of single brothers - Marilla (Geraldine James) and Matthew (RH Thomson) -, it teaches us great lessons for its way of seeing life, a totally different way from the people who lived in its time (19th century).

After two seasons with great emotions and learning, the latter is responsible for ending the cycle of Anne and the entire city of Green Gables. Contrary to what was seen in the first two parts, in this third, Shirley is already fully inserted in the city where she lives and no longer suffers from the prejudice that was common in her life, due to her worldview and her early maturity for her age. .

The third season, as well as the previous two, continues to raise reflective questions for the public, such as machismo, feminism and prejudice against the indigenous people. As it was the end, some things were left out in order to use the time necessary to try to end the story of all the characters, so in this part Anne's traumas, who throughout the series have always been shown to build their story, was not addressed and the focus this time was on the protagonist's desire to discover her origins.

An incredible evolution that we can notice is Marilla Coutbath, which throughout history has been deconstructed and leaving behind all his prejudices for the love of his adopted daughter Anne Shirley. She is even one of the highlights of this third season, one of those responsible for helping Anne discover her true origin and close her cycle. I could not fail to mention the excellent performance of the actress Geraldine James, who brilliantly interpreted Marilla and at various times led us to emotion.

One of the themes that is addressed in this last phase are the situations and prejudice that the indigenous people suffered at the end of the 19th century. Obviously Anne detaches herself from any hasty judgment and decides to write an article about her cultures and customs. During the construction of her text for the school newspaper, she meets the Ka'kwet Indian and the two develop a beautiful friendship that for lack of a fourth season, we will not see what the outcome of the new character was, which over the last episodes is removed from her parents.

Without a doubt, female protagonism was a highlight in the third season, where Anne and her school friends are in the stage of discovering their own body and even with everyone in society teaching them that the role of women is to marry and build a family. , they go further and in a beautiful ritual made during one of the episodes they express how proud they are to be a woman, despite all the prejudices and machismo of the local population. At one point the girls came together to protect one of their colleagues and exercise feminism without even knowing what it was.

Another female figure that was highlighted throughout these episodes was Professor Stacy (Joanna Douglas), who, unlike most women of that time, was an exemplary female personality for her students and at various times detaches herself from any fashion pattern to be happy with herself. She is certainly a character who needed more focus and development in her story if she had more seasons.

Anne With An E it closes in a beautiful way, leaving us thrilled with the conclusion in the story of several characters, who throughout all the episodes have evolved thanks to the help of the incredible and courageous Anne. She, by the way, finds her true love, which has always been by her side. Our adventurer says goodbye to the production entering another adventure: The Faculty.

The series also ends with some open stories and leaving us with a 'taste' of wanting more. Maybe in a few years we can have a spin off of Anne and her friends in college. It doesn't hurt to dream, does it?

The TOP 5 column will bring the main debuts of January in the Netflix catalog.
read more
News

Anne With an E | 3rd and last season gets subtitled trailer

Anne with an E is coming to an end.
read more
Top 5

We've put together a list of little-known Netflix series for you!
read more