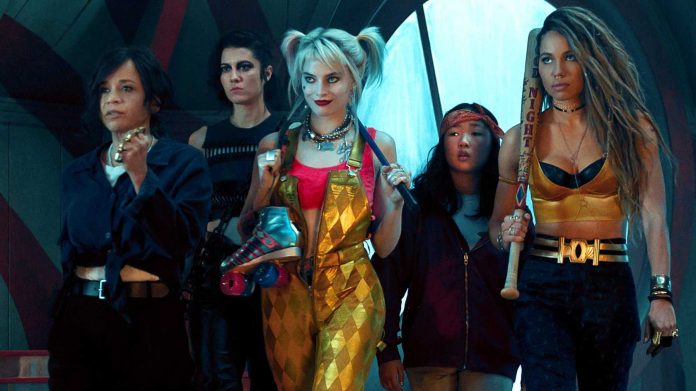 Introduced in cinemas in Suicide squad, Harley Quinn was one of the few things that worked in the film and returns in Harley Quinn: Birds of Prey an extremely feminine production of A.D. Serving as a kind of continuation of Suicide squad, the film tries to redeem the mistakes made in its predecessor, besides presenting the Birds of prey, which will be part of the shared universe that the company is trying to create in theaters.

Even with the focus of the plot being the creation of the Birds of Prey, it was to be expected that Harley Quinn (Margot Robbie) stole the show and that's exactly what happens. Narrating the film, the crazy woman prints her peculiar way at all times, including the setting and colors used in the production - which include the breaking of the fourth wall and non-linear moments that serve as a great comic relief while explaining how the crazy mind of protagonist works.

Naturally, Harlequin finds her way when she finally leaves the relationship with Joker (who does not win a participation in the film), when she finds herself without the protection she had when dealing with the Clown of Crime, she needs to fight to survive and in the same way, finds her independence. The psychological analysis is very well placed in the plot, showing a punctual and explicit feminism, which makes clear each step necessary to recover from an abusive relationship, pointing out, in a striking way not to leave the topic, the small details of abuse suffered in these cases - and its consequences.

Feminism is not just about Harlequin, even though she prints almost every scene. The future members of the group also point to problems that women suffer in society and are considered normal. Renee Montoya (Rosie Perez) is a police officer who always misses the opportunity to move up a career to a man; Dinah Lance/Black Canary (Jurnee Smollett-Bell) must submit to the wishes of his employer in order to survive, even questioning all the absurdities of his job and The Huntress (Mary Elizabeth Winstead) has very strong traumas that he had to fight to try to get rid of.

To stamp these abuses expositively, the villain Roman Sionis, brilliantly played by Ewan McGregor, uses the smallest to the biggest arguments for his cruel acts. The details in minute moments, where he commits acts that are constantly used against diminished women, differentiate him from a cartoon villain. With the help of McGregor's great performance, who manages to represent the character in a naturally threatening and cruel way, these points are well evident in the plot.

Among all these issues, Harley Quinn: Birds of Prey it becomes an impressive and striking way of showing, through a psychological analysis that presents itself in striking and real ways, that the abuses suffered by women are not frills and need to be addressed. On the other hand, the script shows the emancipation of all women, making the message of support clear. None of this would be so effective if it were not for the great performance of the entire female group, which does not need words to express their discontent with the situations.

The film serves as an introduction to new characters and a future of the shared universe. The choice of the Harlequin narrative helps to make plausible the mood imposed by the company, which maintains the pattern of action scenes packed with a cheerful and exciting soundtrack, while using colorful and comic reliefs to break the mood at certain times. However, a few turns made by the narration can be a bit annoying, since the characters seem to be introduced until the final moments of the feature.

Harley Quinn: Birds of Prey it is a production that fulfills what was proposed. Working as a great introduction to changes for a promising future for DC in theaters, the work manages to address relevant issues while entertaining.

See in the list the moments when Birds of Prey: Harlequin and his Fantastic Emancipation makes reference to Suicide Squad.
read more
News

Birds of Prey and female-driven heroines

Between DC and Marvel, the protagonists and directors are increasingly present on the big screen. Understand the importance.
read more
Reviews

A feminist film against sexual harassment by one of the greatest entrepreneurs on American television.
read more