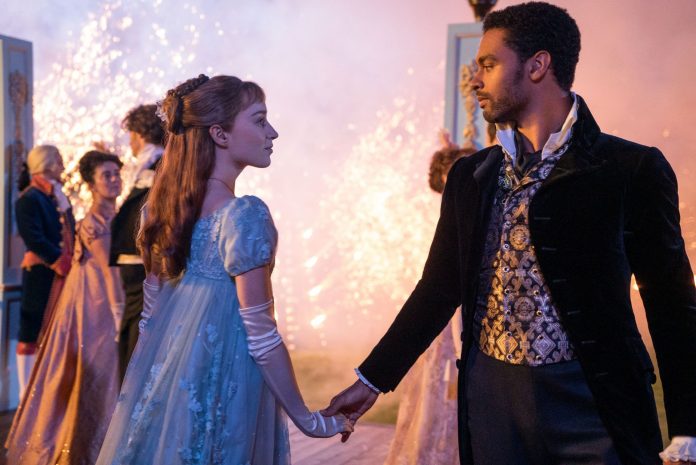 The newly launched Bridgerton, produced by Shonda Rhimes on Netflix, has already been seen by around 63 million subscribers worldwide. With this data, the adaptation entered the ranking of most viewed series in streaming, being among the ten most viewed.

It is always a challenge to evaluate period productions, as they are works that can be of exceptional excellence or a complete disaster. The fact is that when done well, it catches the viewer for the beautiful look. Classic productions like 'Little women'romance Louisa May Alcott, 'Pride and Prejudice', in Jane Austen and even the irreverent 'Marie Antoinette', by Sofia Coppola, are able to transport us to a world quite different from ours, full of important historical figures, loving intrigues and an exaggerated adoration for the status Social and marriage. And a good part of these productions, besides providing us with beautiful scenarios and costumes, are a full plate for criticisms and reflections on the society of the time and in addition, address issues of gender and race.

Netflix's newest adaptation, Bridgerton, spearheaded by Shonda Rhimes from hits like Grey's Anatomy 'and 'How to Get Away with Murder', is based on the novel by Julia Quinn, who is one of the most consumed authors of the moment - and the author, huh ?! Amid the problematic number of episodes, eight in total, that become too long and the rhythmic stumbles that appear during the plot - things that shouldn't happen, the production presents us with a good cast, with chemistry and the complexity of each character is developed throughout the series.

For those who know the way Shonda work, the clarity, subtlety and naturalness captured in the series are clear. The protagonists have their weaknesses and strengths highlighted, as well as their supporting actors who are real participants in the work, they are not forgotten, played or a kind of ladder for the protagonist to shine. Rhimes he knows how to dose his hand and make each of the multiple subplots connect as a framework for the main plot's twists and turns. Although, the narrative is centered on a specific family nucleus, it is from it that everyone else finds space for their voices, discontent, longings and the main thing, extremely colorful and flashy costumes ... in addition to some scenes for those over 18, of course.

In Victorian London, the production introduces us to Daphne Bridgerton played by Phoebe Dynevor and Simon Basset, character of Regé-Jean Page, also known as the Duke of Hastings. The character Daphne is the first daughter of the Bridgertons, who have older, overprotective siblings who somehow prevent her from finding someone to marry. Close to reaching adulthood, Daphne charms Queen Charlotte (Golda Rosheuvel) in the city's new courtship season and becomes the “diamond” of the moment, gaining a lot of attention from countless suitors who swear to marry her and make her a “dignified lady” of society. However, Anthony (Jonathan Bailey), assuming the role of man of the house after his father's death, turns something simple into an arduous task - almost an impossible mission, scaring off good parties and leaving her fearful and discredited in the possibility that there is someone to marry and raise a family.

From dance to dance, Daphne gets involved in a controversy that can cost her family's name until she meets the libertine and charming Simon. The Duke, recently arrived from his country mansion, is his brother Anthony's best friend and, right away, the two don't get along. With opposite personalities, what arises between them is a fervent passion that manifests itself after the two devise a plan that benefits both parties. Simon, on the deathbed of his wicked father, swears that the title of Hastings goes with him to the grave, pretends to court Daphne to get rid of the matchmaking mothers and Daphne, in turn, receiving attention from the Duke, returns to attract attention from other most important gentlemen of the season, being courted by a Prince and from there the work gains breath and new conflicts appear, giving the seasoning necessary for the plot to flow.

At first, 'Bridgerton' it looks like just another series full of glitter, but it brings a new freshness. It is possible to see members of the high society formed by black people like Lady Danbury and Duke Simon himself and shows us something that should be natural. Why can a series that portrays a past era be so current in its approached themes? Something that seems to remain today is the way women are treated. Women are not free to be who they are and to do what they want. Unfortunately, there is a separation between women of good conduct and "wanton" women who do not deserve respect - an absurd stereotype that perpetuates today. The saddest case is that of the young pregnant woman who, in the end, has an acceptable ending, but goes through a lot until her outcome. Something encouraging is the personality of Eloise, she is a relief in the midst of the costumes and dances of the plot.

Men are also dressed in stereotypes like being the “big boss” of the house, in addition to taking care of other duties, they live in hiding as Anthony tries to hide a lover whose society does not tolerate and who at the same time does not even have the courage to assume. Or even a gay romance that at the time is impossible to present to the world due to the rules of the time. Even with sexist traits, the serial adaptation brings touches of today that converge perfectly with the plastered panorama of the first half of the 19th century, and that we can perceive dialogues with feminist tendencies from the 70s onwards.

Lush settings, stunning costumes, top-notch performances, well-made visual effects and an exceptionally surprising soundtrack. Splendid and quite a hit, the classic orchestra that rearranges songs known in dance themes - like "Wildest Dreams", in Taylor Swift, and "Bad Guy", in Billie Eilish, both gaining an unexpected dimension, bringing a more intimate, sensitive, voracious meaning, contemplating the same irreverent and anachronistic aura that we can see in so many works, as in 'Marie Antoinette' by Sofia Coppola.

A terrifying detail is the amount and duration of each episode. First, since you want to fill the plot with infinite details, contemplate the production with at least ten episodes. What happened to the last episode that starts with an almost separated couple and ends with a baby that we don't even see a sign of blood coming out of his mother's womb? The jump was huge, unexpected and badly counted ... practically, played in the viewer's face. Second, eight episodes with an average duration of 60 minutes. So far, nothing absurd. However, consistency is necessary, as time goes by and the viewer is not indicated by the passage of time and events are unfolding so quickly that it is possible to confuse those who watch.

Who sets the tone of the production is the showrunner Chris Van Dusen, who precisely controls the arcs of each character, leaving the existing comedy in balance in a way that it merges with the subplots in a subtle and dosed way, especially in situations that occur with the Featheringtons. In this new axis, the matriarch Portia (Polly Walker) is a lady of high society who wishes to marry her daughters with good parties, but who finds herself in a “billiard pool” when her husband's niece arrives from the countryside and captivates all the attention of the city, moreover, she faces bankruptcy and endures addiction to unlucky spouse who, by the way, has a tragic outcome. And here we can see a face hidden by the merciless Lady Featherington, who intimately realizes that she only wants the best to ensure the good of those she wants.

Certainly, characters like the gossip writer, Eloise Bridgerton (Claudia Jessie) and its a la feminists, the iconic Lady Danbury and the narration of Julie Andrews, makes the series come out of the cliché we're used to. With a first-rate photograph, scenarios that are actually true English oases, a spine-chilling soundtrack, it is a great choice for those who want to get out of "more of the same". Although there are some mistakes that can be left out for the next seasons - considering there are eight books, we expect eight seasons, right, Mrs. Netflix? -, is a sight for the eyes and delight for the imagination.

Omar Sy in the skin of Assane / Lupine makes all the difference with his charm and good performance. It is a fun series, well built and distances itself from others of the same genre. It's a "Sherlock Holmes" inside out. Lupine can already be considered a great success of 2021.
read more
News
Actress Anne Hathaway confessed that the script for Princess Diaries 3 is in development and is in the final stages. According...
read more