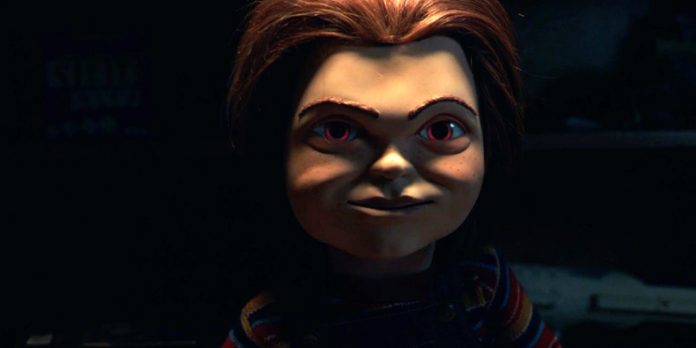 Killer toy is the new film by the Norwegian director Lars Klevberg, responsible for Polaroid (2019 film and 2015 short film).

It is a remake of the 1988 film of the same name, featuring the same characters, but with a different premise. In a more technological society, Buddi is a doll that integrates all the products of the same company, in addition to being sufficient to learn and keep company for people, especially children, integrating into the family routine and helping to make it easier for everyone. On the production line, poorly paid employees with abusive bosses, is what leads one of them to disable all security protocols for one of the products. It is necessary to install terror in a family.

Karen (Aubrey Plaza) is Andy’s mother (Gabriel Bateman), aged 13 and with a hearing impairment. Realizing that her son has no other friends, she takes one of the dolls returned in the store where she works to give him a gift. With the name of Chucky, the doll and Andy create a bond, which will cause problems for everyone involved with the teenager.

Removing the mystical part that was in the 1988 film, there is no other culprit here than technology and its misuse, with a learning interface without moderation, Chucky will spare no effort to keep Andy as his best friend, eliminating everyone who hurts the boy or who can take his place as number one.

Bringing this problematic and keeping the scenes strong, with a lot of blood and violence is a pleasant surprise for a remake, which managed to incorporate the present and keep the essence of the previous feature. It is a production for those who do not know the franchise to know, and for those who already know to review with a theme closer to their day-to-day.

Like other films of the genre, it does not bring big surprises and nothing very innovative. But for those who already like it, it can be a good choice, keeping the average, without many lows and also without any strong points that deserve to be mentioned.

With a different view of the classic story, Maria e João - The Witches' Tale is an interesting film but with a slow pace, it also leaves several points open for a future continuation.
read more
Reviews

Bringing back the famous character played by Sylvester Stallone, Rambo: Until the End debuts with the nostalgic promise to please fans of the franchise.
read more
Reviews | Animations

The Queen Elisabeth II palace dog is bringing high adventures to the cinemas in the animation Corgi: Top dog, with its premiere for the month of September in Brazilian cinemas.
read more

Review: The Shape of Water