Thunder Wave
Start Movies Reviews Criticism | Where are you, Bernadette?

Criticism | Where are you, Bernadette? 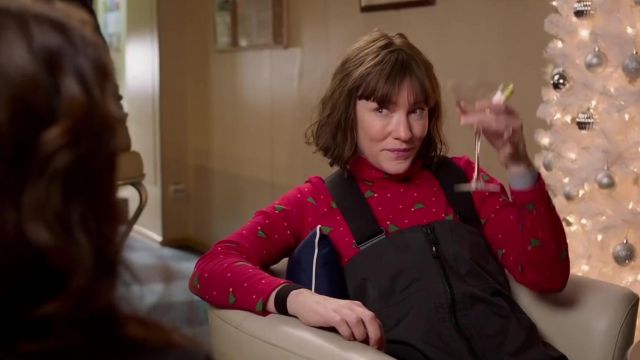 Who has never thought of turning on airplane mode and disappearing from the map?

Cate Blanchett, who plays the famous architect Bernadette Fox in the film  Where are you, Bernadette?, presents us with a character with a difficult personality and that only one person understands: Bee, his daughter who has an arduous mission in the course of the plot.

The film tells the story of Bernadette Fox, a brilliant woman, a loving mother, but with a temper difficult to deal with. The neighbors hate it and is considered anti-social and, oddly enough, Bernadette does nothing to change that impression. She is married to Elgin (Billy Crudup), a computer genius and idol of nerds, but is an absent husband and father. As the plot unfolds, we see Bernadette's relationship with other people and realize that there are two Bernadettes. The first was young, happy, creative and very sociable. It is possible to see during flashsbacks and during a story, a kind of documentary about a construction that the architect had designed and that took a terrible end. And the second, an ironic woman, still brilliant, unsociable and we can see that she has difficulties in opening up to people.

Something very striking is her high reliability to the virtual assistant. If she needs clothes or medicine she asks the assistant to arrange and preferably to be delivered at home. See you there, okay. We do this when we buy online at Mercado Livre or Riachuelo. But, her relationship with "Manjula" is a confidante. She talks to the virtual assistant as if it were a diary or a very close friend. Strange, right ?! No. We do that too. Many times we are so connected with technology and we forget to pay attention to who is really on our side.

The problem begins when Bee asks as a gift, having completed his studies with high marks in all subjects, a trip to Antarctica. For Bernadette, who is tired of everything and everyone and on the verge of a nervous breakdown, this trip is the last straw. A few days before the trip, Bernadette disappears without a trace or trace. Bee, who considers her the best mother in the world, will go to great lengths to find her mother and for that to happen, she will need to find out who is this woman she thought she knew. Their connection is beautiful. But it is bad to be unable to communicate, to open up. The most curious thing is for whom Bernadette asks for help. And yes, we have the real sensation of feeling what the character feels. It is a feature that touches our soul in a certain way.

Where are you, Bernadette? it's well scripted and with an incredible soundtrack. Who has never felt like turning on airplane mode and disappearing from the map? From this film, we started to pay attention to things that we didn't perceive before as phobias of places full of people or the troubled affective relationship between couples or even with other people, like the unbearable neighbor who behind the laughter, also hides her sadness internal. And with the film we realize that.

Criticism | After the wedding

For lovers of the dramatic genre, it arrives in cinemas After the Wedding, based on the feature of the same name of Danish origin, originally authored by Susanne Bier (Bird Box) and which competed for the Oscar for best foreign film in 2007.
read more
News

Where are you, Bernadette | Cate Blanchett lives an adventure in the movie trailer

From the same director of 'Boyhood: From Childhood to Youth', the film is based on the best-selling book of the same name and hits theaters nationwide on November 14.
read more
News

Maré Filmes released a new Manifesto poster, which highlights the 13 characters played by Cate Blachet. Check out: The historic art manifests can be applied ...
read more