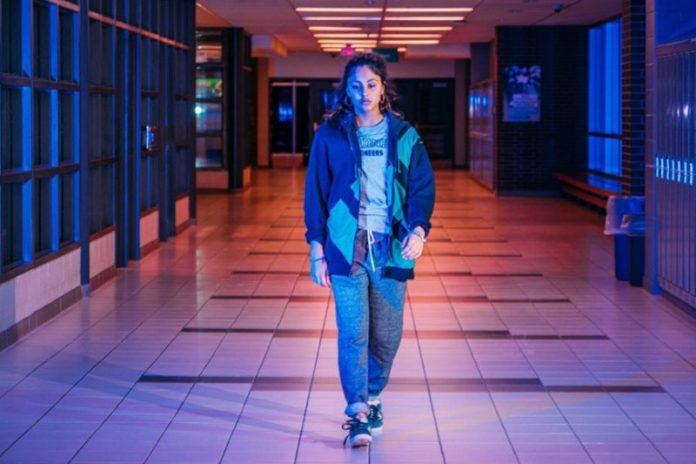 Nowadays it is important to be more and more careful with the way we use technology, how often do we not hear stories of people who had some private content released without consent?

To share (Share), the new feature produced by HBO, explores that situation. Based on a short film that bears the same name, created and directed by Pippa Bianco (Bleed for this, Picturing Barbara Kruger).

The film assumes a great responsibility, as it deals with a delicate subject, therefore it has the obligation to portray it in a serious way, which can serve as a kind of support to people who have gone through this situation, in addition to serving to raise awareness regarding the disclosure of intimate materials without the knowledge of those involved.

The film tells the story of Mandy (Rhianne Barreto), which had an intimate video released, and what most disturbs the protagonist is the fact that she simply does not remember anything about the night of what happened. The plot causes the spectator a mixture of emotions: sadness, anguish, anger, fear and distress. As the film progresses, we see on the protagonist's face the agony she is experiencing, and we immerse ourselves in her daily life. To share also highlights the importance of parents in cases like this, and Mandy, even denying it at first, ends up having Mickey's help (JC Mackenzie) and Kerry (Poorna Jagannathan).

Photography and art direction have a fundamental role, since from the first scene to the last, we can already see the tone of the film, and we saw that it will be like this from the beginning to the end.

Despite the plot having a daily theme, the film still holds surprises, in Mandy's treatment to reintegrate into his activities and his relationship with friends before and after what happened, the script managed to escape the obvious by portraying the case. The fact that the protagonist does not know what happened on the day of the video that was shared is what allows the script to present these arguments, and surprise the viewer, at each point where something from the fateful night is revealed, we have a new piece of the break head, the drama is able to hold the tension from the first to the last scene, literally.

Criticism | Never Have I Ever - Season 1

Never Have I Ever mixes comedy, drama and romance has a hint of daring and surprises from beginning to end.
read more