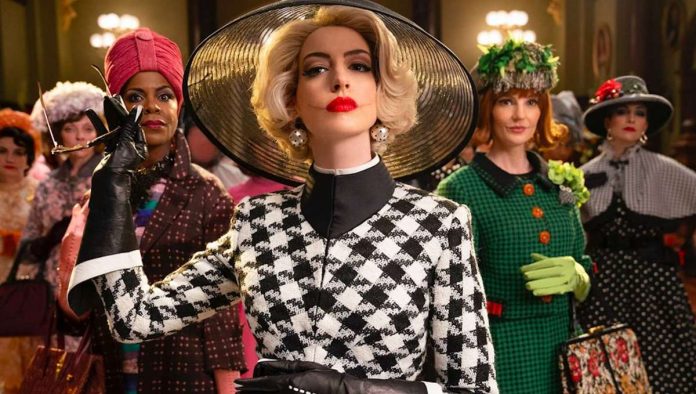 Much has been debated about adaptations of memorable works or the famous remake. There are those who like it and who do not want to see it up close, the fact is that with the technological advancement it is very interesting to see the old man updated with another structure. The reboot of Witches Convention, adaptation of the Roald Dahl, is one of those films that became a classic of the Afternoon Session in the 1990s and that perpetuates until today. Even though it was a film aimed at children and teenagers, the film, besides enchanting, terrified and left many children who watched it with nightmares. However, you may be wondering: And how is this reboot with Anne Hathaway? Keep reading.

Witches Convention - The Witchesin the original - is the newest release from Warner Bros. and has a very good production and performance team. The feature is directed by the consecrated Robert Zemeckis (Back to the future, Forrest Gump, Contact and many others), in addition to a script signed by him, Guillermo del Toro and Kenya Barrels. The plot is based on the life of a young man known only as “O Garoto” (Jahzir Kadeem) and his grandmother (Octavia Spencer) that crosses that of a group of witches who hate children and plan a convention with evil interests. However, unlike the 1990 feature film, this one is more fun than scary.

At the beginning, with the narration, with the facts presented we can feel a little cold at the foot of the spine, but as the film progresses, we have a good laugh and have a lot of fun. It is impossible to have any nightmare with this feature. If you watched the 1990 feature, you may notice some differences such as the fact that the story is set in the United States of the 60s and not in Europe. In addition, we note phrases used and the treatment given by the hotel staff to the protagonists, which leads us to racist and fatty situations. Another detail, black representation is present in this feature and shows itself as something very interesting.

Remember Heath Ledger's Joker mouth? We can see slight traces on the witches' faces, including the face of Hathaway's character.

Apart from this “point of attention”, what really called attention was the use of computer graphics to compose the incredible effects of the feature. However, it is a loophole to discuss artificiality and carelessness in fictional films. However, we remember again, it is a film aimed at children and in the search for fun, it is appropriate to soften elements that disconcert anyone.

The color palette is very vivid with shades of yellow and purple without leaving out that 17th century footprint and a bit of a “haunted house”. The soundtrack was a very pertinent and very interesting choice and makes us want to dance together with the grandmother played by Octavia Spencer who once again shows a strong and smart character. Children are a special thing, each one with its particularity and peculiarity, they are funny and smart, but if like the writer, you will be a little disappointed with their ending. It's funny, somewhat bizarre and unexpected.

But back to the remake discussion ... honestly? For many people who were born and watched the 1990 film, the 2020 adaptation may be a bit “arrived” or unnecessary, however, it is the opposite: it is a way of revisiting the old and printing on the new, a subtlety and lightness of features and elements that back there was not possible due to the technology of the time. The remake does not come with the objective of disqualifying the original, but to highlight the similarities and differences between both.

A Trainee has a well-constructed, light and easily family-friendly plot on Sunday afternoon.
read more
News

Trailer for The Robbery of the Century focuses on the bank robbery plan. Watch it.
read more
News

Wonder Woman 1984 | Check out the first trailer for the film

Review: Boyhood - From Childhood to Youth