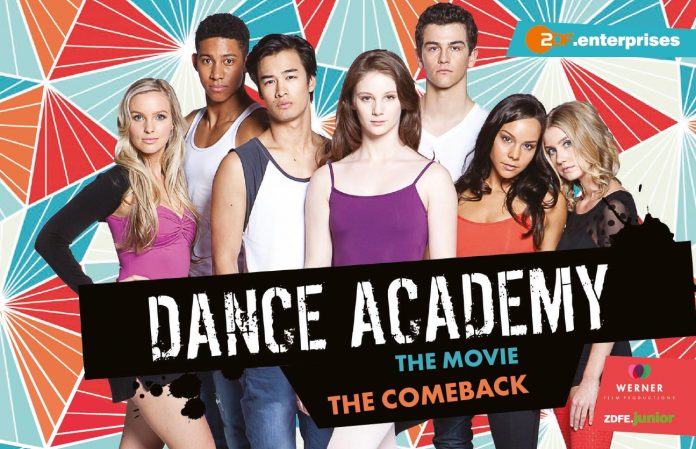 The film of Dance Academy it was certainly a joy for all fans of the television series, which ended in the third season with an open ending.

The Australian series ended in 2013, and the film was released in 2017. As in the series, Samantha Strauss who created the script for the film.

In addition to giving fans an ending to the story of Tara Webster (Xenia Goodwin) and his friends, the film also follows and shows what really happened to each character.

Like the series, the film also accompanies Tara Webster, who feels sad that she can no longer dance. In the second season of the series, a negligent teacher, jealous of her talent, injured the spine of the dancer, who after a while, after performing an audition to enter the National Dance Academy, steps on a pearl, falls to the floor and fractures the spine again, which leaves Tara unable to walk.

After treatment, she is able to walk again, but can no longer dance so as not to force her spine. She takes some classes on account of rehabilitation, and dreams of dancing again. Tara comes to sue the National Dance Academy, but gives up on the process when she realizes that if she signed the contract she would be saying that she would never dance again.

And so Tara's journey begins after a contract with a dance company. Her friends help her, and we can see how each character in the series is doing.

Christian Reed (Jordan Rodrigues) is one of the characters that has evolved the most. In the series he was immature and rebellious, and in the film we can see a Christian mature and concerned about Tara's health. Abigail, Kat, Ollie, Ben and Miss Raine also appear in the film, which brings back that sense of nostalgia that the series produced around the world that watched it.

We can see that Abigail (Dena Kaplan) remains competitive, but still helps your friends, we see Kat (Alicia Banit) dealing with his career fame, Ollie (Keynan Lonsdale) also fighting for a contract with a company and Ben (Thomas Lacey) helping Tara even with her own problems.

The film of Dance Academy it sends a very beautiful message that certainly captivates everyone who watched the series, in addition to leaving fans with a taste of wanting more and quenching the will of everyone who missed the series and the characters.

Review: The Watchman of Tomorrow- Ghost in the shell