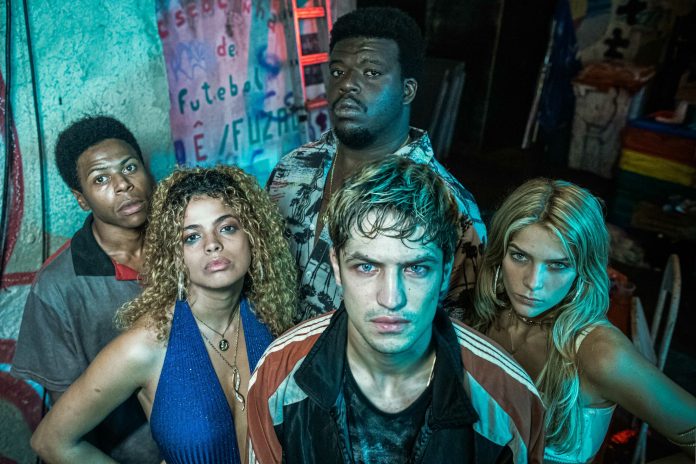 Sun is the new original series from Amazon Prime Video, which portrays the story of Pedro Dom, a famous criminal from Rio de Janeiro, as seen by the director Breno Silveira, who heard the story for the first time directly from Pedro's father, Victor, who sought him out to tell his story, wanted to show that his son was not the monster that the media portrayed.

With big names in drama, we have Gabriel Leone interpreting Sun and Flavio Tolezani your father, Victor Dantas the series has a frantic pace. Addressing a large period of time, from the adolescence of Victor and how it started in the battle against drugs and in particular, against cocaine, during the military dictatorship until the 2000s, with the adolescence of Peter and his entry into the criminal world. This change between years is important to understand the motivations and similarities between father and son. Despite the differences between them, there are many similarities as well, the need for adrenaline, which makes them take such divergent paths.

During the series we see what happened to Peter until he becomes the bad guy who became known in the country's newspapers, what the news doesn't tell, the family behind him, the feelings of those left behind and the battle they wage to try to bring them back. It is the story of so many anonymous families, a war that is fought every day by so many people against drug addiction.

We can even say that cocaine is an essential character in this series; it is in focus in all episodes, bringing the most different consequences, at the most different levels of addiction and in all the people who are directly or indirectly impacted by it. We can follow a little bit of how this drug started to arrive in Brazil, finding space in the drug trade and in all layers of society, as this is reflected in the 2000s and in the history of Victor it's from Peter.

Another important point for this series is the balance that Breno Silveira managed to find between the action and the silences, which are also extremely important and manage to portray a lot without anything being said. In one of the scenes, Sun facing grief with high doses of cocaine in her apartment, in a spiral of pain, guilt and suffering, we are pulled into this moment, this silence and this emotion. Scenes like this are one of the strengths of the series and what makes it different from others, this approach to silence opens a door for the actors to shine even more, bringing more truth to their characters.

Although the series remains at a fast pace, the story is well approached, showing the different sides that the characters have. Gabriel Leone interprets Sun manages to bring different nuances and layers, such as the change of mood and the image that it can show of an addict, make it impossible to hate the Sun, despite being a thug, he is mesmerizing, intelligent, charming, has a shine that despite the crimes, seems to attract people around him. Leone manages to bring such a brilliant character to life that it's impossible to take your eyes off his portrayal.

The rest of the cast is not lacking, Flavio Tolezani, who interprets Victor, manages to show all his internal turmoil while trying to get his son out of addiction, his despair. the pair Isabella Santoni and Rachel Villar, are part of the bunch of Sun, being on his side in the heists and getting romantically involved with him, the chemistry of these actors' work brings even more shine to the series.

Daniel Silveira commented at a press conference that this series was a dream for Victor, the real father of Sun, who wanted his son's image to be not just that of the monster that was built by the news, and that's exactly what this series gives us, intensely, we know the person behind the crime, and even though it's not a secret What happens with Pedro Dom in real life, being able to portray that other side so viscerally is what makes Sun be a series that stands out from other national productions. To learn more about the press conference, access here.

Sun is available at Amazon Prime Video from June 4th and is being released simultaneously globally in several countries, with dubbing in more than 30 different languages.

First Impressions: The Man of Your Life