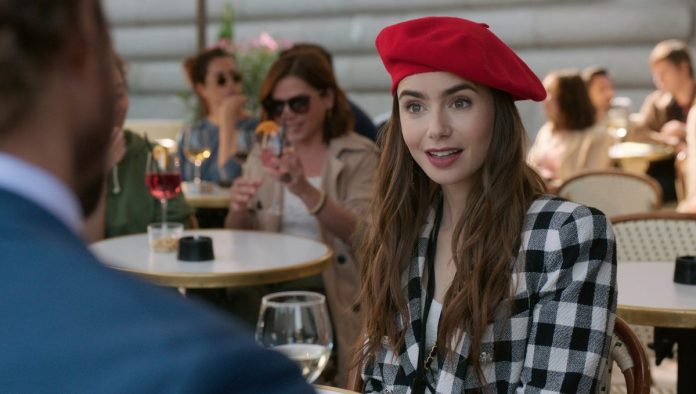 Netflix's new series, Emily in Paris, has caused many reactions in viewers. The new production by Darren Star, creator of hits such as “Melrose Place”, “Beverly Hills, 90210”, and especially “Sex and the City”, knows how to provide fun, good costumes on your TV shows and the use of sex. Without inserting more serious questions, each character has an interesting personality, however, in the end, the 10 episodes of approximately 3 minutes, end up delivering a superficial series.

The program is like a logbook with a hint of comedy, drama and uncomfortable situations starring the iconic Lily Collins (It Just Happens), a young American woman who works for a marketing company in Chicago, until her boss, who was moving to Paris, finds out she is pregnant and gives up traveling to Europe. He indicates his subordinate as a substitute and there goes Emily to spend a year in the French capital, Paris.

You are sure that not everything is perfect in real life. Emily doesn't even care that she doesn't know the French language that becomes an obstacle, and with that, she becomes a joke that is repeated until the end of the series. The girl is convinced that she can survive by appealing to her charm and by leaps and bounds, we see that she really survives, counting on the certainty that everyone around her speaks English. However, the construction of the series itself is a problem.

Why were the French presented in this way? As arrogant, badly educated, snobbish and etc ... Why does the girl, the title of the series, insistently believe that the American way of working can easily solve the problems that the French face? Why does Emily tell her boss that she can have someone entirely, while Emily herself has a relationship with her only French friend's boyfriend? Production surrounds us with many clichés known to screenwriters as the long quote Moulin Rouge, where wealthy women dressed in designer clothes consenting their tiny dogs to poop on the street, rare meat, cigarettes, wine for breakfast, men wearing expensive suits talking openly about sex and an apparent disregard for American culture.

With all this, we do not fail to notice the tourist sight of the city, in turn, very charming. The images are impressive, all the postcards of the metropolis appear at their most splendid angle. However, it could have been used more. The soundtrack is very interesting and the cheerful tone of the color palette of each scene, each episode is synchronized with Emily. Funny, right ?!

Although the series is about Emily, she is the biggest production disaster. It is poorly constructed and diverges in its actions and ideas. Many people even commented that it would be a pocket version of The Devil Wears Prada ... but it is so far from being. We don't know if Lily's character is a “rare, unprecedented, extraordinary” girl or an ordinary girl who generates identification by the public. Through social media, a post made by her promotes lunch, entry to special events and she believes it is the solution to the problem that the French would never think of.

Lily Collins plays a woman without depth, arrogant (she has no experience with her new task), she wanted to promote her way of working, forgetting to adapt first. If you get likes on Instagram accounts, both personal and professional, instigate customers. Other things are impossible to solve using social media. And even without being able to communicate properly, she romantically gets involved with three men, one of them a neighbor, Gabriel (Lucas Bravo), for whom she has more than a crush. But he has a girlfriend, whom Emily befriends, who becomes meaningless and confused.

The supporting cast is competent. Sylvie (Philippine Leroy-Beaulieu), her boss who despises her from the start, is very well built. Just like Mindy (Ashley Park), a friend she makes right from the start and who has a very fun personal story. An older and more fun-loving coworker (Bruno Gouery) also stands out, as does stylist Pierre Cadault (William Abadie). And the beautiful costume is by Patricia Field, the same as in “Sex and the City”, but even these details do not save the work from its superficiality and surreal ignorance.