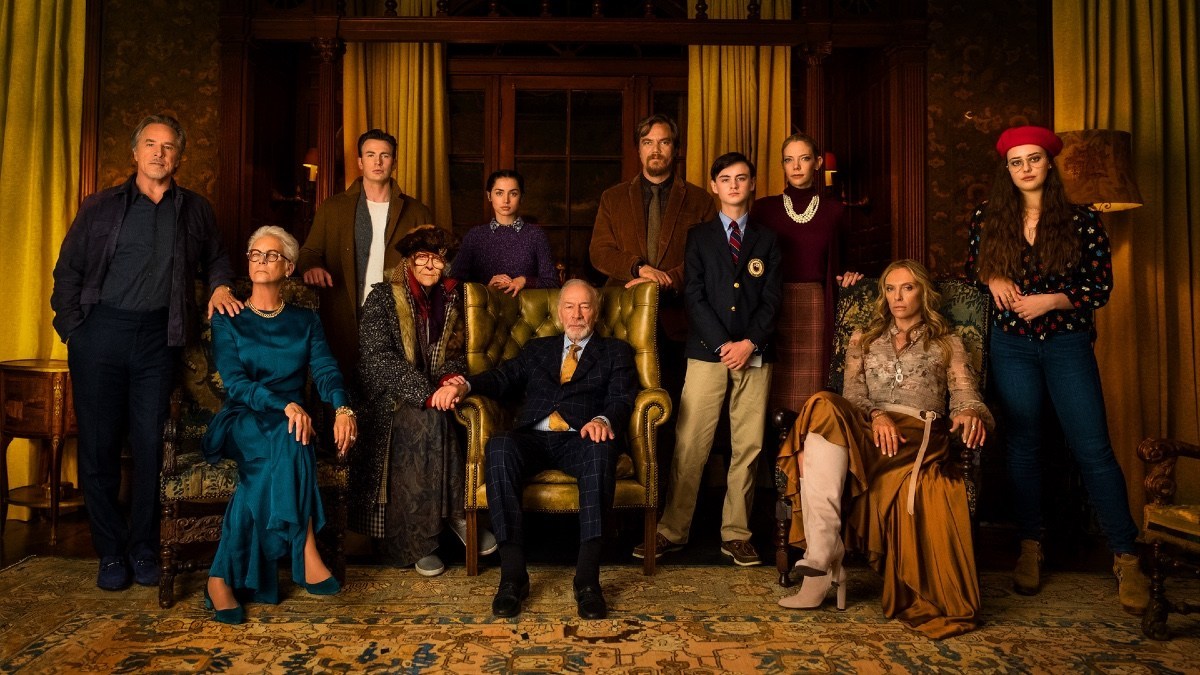 As a mystery, Knives Out is one of those movies that the less you know the better. However, anyone who expects to see a typical Agatha Christie-style plot will eventually be surprised by something quite different from expectation. In fact, only the starting point (a clear tribute) resembles the writer’s books. And that is great.

It all starts when the famous millionaire writer Harlan Thrombey (Christopher Plummer) is found dead on his property by his private nurse Marta (Ana de Armas) under circumstances of apparent suicide. But of course, nothing is as it seems.

To solve the mystery, police hire the advisory services of celebrated private detective Benoit Blanc (Daniel Craig). From there we have an engaging plot, full of twists and flawless cast. Most members of the Thrombey family had some disagreement with the patriarch at their last birthday party; which automatically makes them suspicious. But one of the highlights of the movie is to play and sometimes subvert these and other clichés. Perhaps only a few purposeful mannerisms bother the most demanding, but it is far from compromising the whole.

Also worth mentioning is the beautiful photography and the soundtrack. The plot, though set today, develops almost entirely in the writer’s classic-style mansion – yet another elegant reference to Agatha Christie. The songs, in addition to well crafted, fit perfectly, often (and again) running away from clichés.

The cast is a separate spectacle. Experienced Christopher Plummer is the perfect foundation, both as a living character and in flashbacks. Ana de Armas, masterfully balancing drama and humor, brings us such a human protagonist that it is impossible not to sympathize. The always spectacular Jamie Lee Curtis and Tony Collette (respectively, the writer’s daughter and daughter-in-law) make for quite convincing characters who in other hands could become caricatures. Chris Evans, like the playboy grandson, is the type we love to hate. And even Daniel Graig surprises with relief scenes with me.

The film also features well-rated social reviews. Marta is the daughter of Puerto Rican immigrants, a fact that is used to illustrate the xenophobia of much of the American people. In the Thrombey family itself is an antisocial Internet-addicted adolescent who is sympathetic to neo-Nazism.

Finally, the movie’s title mentions the writer’s huge collection of knives located in his office.

Knives Out | Movie has confirmed sequence

Review | The Art of Racing in the Rain