Criticism | Hebe - The Star of Brazil 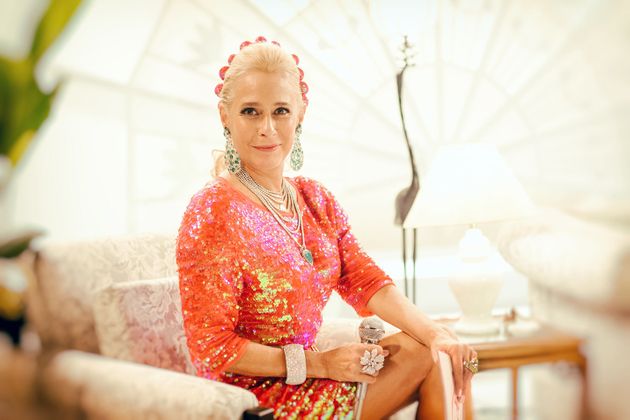 With cinematographies taking their place in theaters, influential names of Brazilian television gain prominence on the big screen and the Warner Bros. debuts his work based on one of the best known presenters in the country: Hebe Camargo.

Serving more as a tribute than as a biography itself, Hebe- The Star of Brazil shows a short period of the protagonist's life, during the transition between dictatorship and democracy in Brazil. At the time, Hebe already had a 40-year career and was struggling against the rebuke of his free will in his programs, while also trying to deal with the prejudice and machismo that lives at home. To fight all of this, she risks leaving her program on Bandeirantes and venture into new ways, when you agree to go to the SBT, a channel that at the time was only on the rise.

Andréa Beltrão does an impeccable job in the skin of Hebe, his performance is practically fail-safe, which together with the incredible work of characterizing the character, delivers such a convincing role, that it is possible to lose yourself completely in the plot and be analyzing the perfection of Details. In reality, all influencers of the time are equally convincing, appearances like Dercy Gonçalves (Stella Miranda), Roberto Carlos (Felipe Rocha) and Chacrinha (Otávio Augusto) excite viewers with their loyalty.

The roadmap for Carolina Kotscho its main focus is the strength and feminism of the presenter. Hebe is not afraid to show his point of view, to fight with the weapons he has against all reproaches and also to address issues such as AIDS, which was forgotten by the media in the 1980s, homosexuality and transsexuality. The plot represents very well the difficulties of these struggles and praises the figure of the protagonist, showing a side that not everyone knows. However, this narrow focus limits the possibilities and leaves aside the early career and much of the personal life of Hebe and his companions at the time, subjects that would be interesting and are missing in the film.

The direction of Maurício Farias it has a unique and very accurate touch. Taking advantage of the interest in showing the characterization of the striking appearances, the director plays with the audience by using angles that cause a certain suspense, piquing the viewer's curiosity.

Hebe- The Star of Brazil it is a production that gives the presenter's strong image, leaving a good message about politics at the time, but leaves a little to be desired about her life. It is an interesting film as a tribute to the remarkable names of the 80s.