Criticism | Scary Stories to Tell in the Dark 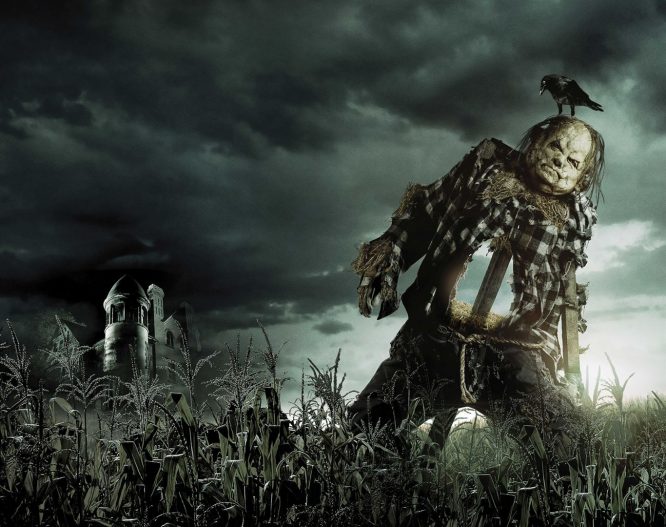 The new film produced by Guillermo del Toro, Scary Stories to Tell in the Dark opens on August 8, based on the series of books of the same name by Alvin Schwartz. The feature is directed by André Øvredal (The Jane Doe Autopsy, 2016).

Set in 1968, in a small town called Mil Valley, where Stella (Zoe Colletti) and his friends Auggie (Gabriel Rush) and Tommy (Austin Abrams) tired of suffering because of the school bully decide to take revenge on Halloween night, which causes the encounter with Rámon (Michael Garza), and at the entrance to the mansion that is haunted in the city and the discovery of the Bellows family daughter's book, which has never been seen or portrayed. It starts with strange events, Stella sees stories appear in the book, one a night, involving someone who was present at the mansion that night.

With the age group indicated for 14 years, the film guarantees some scares, but nothing out of the expected for the genre, being even quite predictable. The main plot ties the individual stories together, allowing each one to be explored without interference between them, helping to bring about the atmosphere of reading a book by chapter.

Without the need to appeal to strong scenes, with blood and explicit violence, the feature captivates by the simple narrative, exploring the more psychological side of the characters and using their own fears as a driving force. Leaving open ends for possible continuation, which is possible because it is a series composed of 3 books. The stories are very reminiscent of those told by the Clube do Terror series, shown on Nickelodeon and RecordTV channels, but with the aesthetics present in del Toro's films.

Despite the age indication, it promises to entertain all ages and be part of lists of films to see during Halloween.

Scary Stories to Tell in the Dark just got a new subtitled trailer. The video features new footage from the film.
read more
News | Animations
Filmmaker Guillermo del Toro will make his debut on Netflix as an animated film director with Pinocchio, an old personal passion. He too...
read more

Criticism | The Enigma of the Rose

Review: Murder on the Orient Express