Review | Jumanji: The Next Level 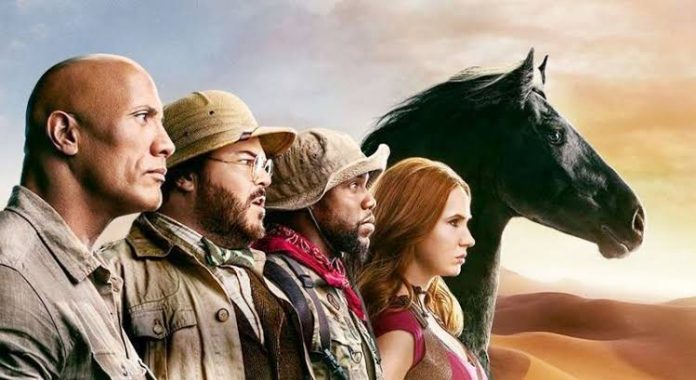 When Jumanji: Welcome to the Jungle was announced, caused mixed reactions in the public. Because it is a pseudo-continuation of the classic film, which has a legion of fans, the work caused great anxiety because it tended between being too good or ending the memory of a great production. It turned out that the film managed to please and paid a beautiful tribute to its precursor.

Your continuation, Jumanji: The Next Level, caused the same feelings, this time, the chance of making mistakes would be even greater. However, the film opens with a great continuation and maintaining the legacy of the two productions that feature Jumanji in the title.

Without the need for great explanations or inventions to take the class back to the game, the plot only introduces the friends a year after the adventure in the world of games, each one going their way after finishing school. Spencer (Alex Wolff) seems not to be happy with the direction his life took and, taking advantage of his trip back to his mother's house to spend the end of the year, tries to fix the game and goes back inside it in the hope of feeling powerful again.

However, with Jumanji broken, things don't return as before and when his friends are forced to join the game to save him, they discover many changes and new dangers. The new production manages to innovate, while repeating the formula that was successful in the long predecessor. With changes in some details, the film still entertains without repeating the events, delivering new reflections without changing its dynamics - just as it usually happens in the sequence of games.

A great addition to the roadmap is the inclusion of Danny DeVito and Danny Glover, of which participation goes far beyond a tribute. When taken to the game, their characters deliver relevant analysis of grudge and the idea of old age, which complements the theme presented in the previous feature, this time, it is not just unmotivated young people who need Jumanji to understand their problems, the elderly who have chosen stop enjoying life also come into play.

It is not only in this that the duo improves the film, besides the performance of each one raising the quality of the production, it still gives the chance for the best moments of comedy - and proof that the main cast has many talents - when they are played by Dwayne Johnson and Kevin Hart, which represent so well, that it is possible to believe that the personality of the famous actors is present in the scenes in which they do not appear.

Awkwafina is another great novelty in the plot, in addition to delivering a character that innovates in his skills, proves to be very talented and leaves nothing to be desired when he needs to change his personality. By her side, Karen Gillan and Jack Black they stand out when they present that they can easily change from one performance to the next, with a huge emphasis on Black, on whom most of these changes fall and he manages to take each of them with praise.

Jumanji: The Next Level proves that in a winning team it doesn’t move, it just adds up. Keeping the elements that were successful in the previous feature, the film manages to deliver the same quality and only increase the details. There are more stages in the game, bigger challenges, bigger teachings and more comical moments that work very well, besides, of course, demanding more of the performance of the team that make up the cast.

Jumanji: Next Phase | New challenges in the subtitled movie trailer

Hall H at San Diego Comic Con 2019 was packed with people and expectations to finally discover the future of Marvel Studios. See all the news.
read more
News
The 'Dumbo' Live Action trailer is out.
read more