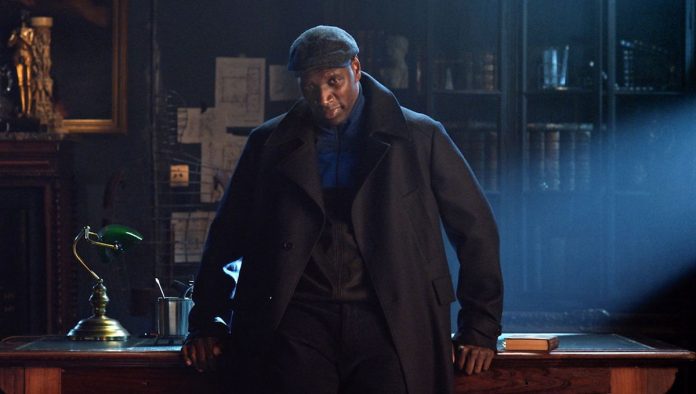 The plot tells the story of Assane Diop, character of Omar Sy, a professional thief who seeks to avenge the death of his unjustly accused father. Assane is a huge fan of Arsène Lupine, an icon of French literature very famous for his disguises and Assane is inspired, reproducing many of his techniques becoming a great meter of disguise as well as the character of the work written by Maurice Leblanc at the beginning of the 20th century.

The series is fun, it has a “Truque de Mestre” touch, a hint of “La Casa de Papel”, however, much more irreverent than those previously mentioned. One of the positive points of the work is that a character was created that is inspired by Arsène Lupine instead of simply remaking Lupine. Great! And the construction of Assane’s Lupine is similar to the development of Sherlock’s Benedict Cumberbatch, who is more credible and less cartoonish.

Omar Sy's charisma makes all the difference in the series. As much as what he does is morally wrong and unacceptable, we like and hope for the character and this makes us desperate at each turn of the situation he gets into. His performance is parfait. He has a very unique way of acting and holding the viewer's attention, it's as if the character was created exactly for him.

The character Assane has his past told through flashbacks that reveal that he was raised by his father until he was 14 years old. Her father was an employee of the Pellegrini family and accused them of stealing a valuable item that belonged to Queen Marie Antoinette. Because of this accusation and other schemes coming from his boss, Assane's father committed suicide in jail. However, he left clues for his son to solve this crime and do justice to his father's death. After 25 years, the item that was supposedly found, is auctioned off and ends up being stolen again and that's where Assane takes over.

The production has spice, is full of action scenes, full of beautiful French landscapes and with many twists and turns. It has a fast pace, however, well set up, well scripted, well directed, with very nice performances and characters with their well developed bows. We see here a well-structured series, with a simple base that does not deliver more of the same, delivers beyond and surprises. The soundtrack matches the tone of the plot and the effects are very relevant to the narrative. Created by George Kay in collaboration with François Uzan, the Netflix production scripts propose a modern adaptation of the work of Maurice LeBlanc, who created the character Lupine in 1905.

The reflexive point is exactly to show how an injustice can impact a person's life. In a subtle but present way, the plot addresses family ties, loyalty, choices, in a way, prejudices that we face throughout life such as racism, machismo, issues such as truth, lies, corruption and the role of justice. Important subjects discussed in a natural way make all the difference in the development of the plot.

The 1st season of Lupine has been divided into two parts. As such, only five episodes have been released so far. As they all have an electrifying atmosphere, success can be justified by keen curiosity among the audience. Remembering that on the site Rotten Tomatoes, which assesses the impressions of its users and critics, the series Lupine has 93% approval. And the star of Lupine, thanked:

If there will be a second season, nothing has yet been announced. But we can deduce that the five episodes available on Netflix form a kind of “part 1” of the series, with loose ends for possibly five other chapters. We understand that we can expect a new shipment of adventures from Assane Diop in the course of 2021.

Bridgerton has mistakes and gets it right on some points like providing us with romance, sensuality, has a Gossip Girl touch, talks about pride, representativeness, betrayal and idealization of the perfect life.
read more

First Impressions: This Is Us