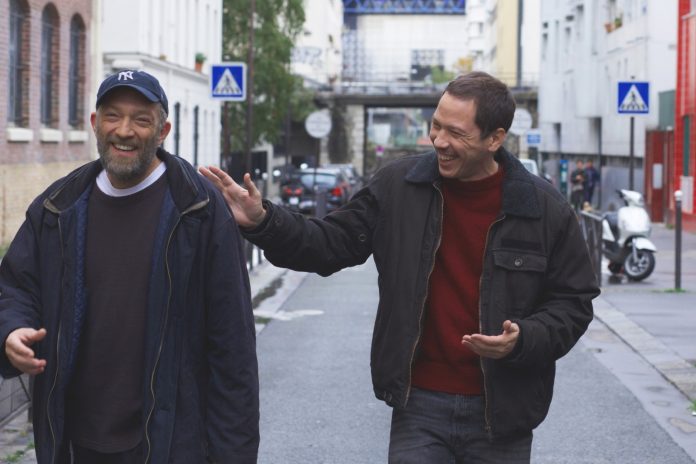 The new film by the directors of Untouchables, was acclaimed at the Festival de Cannes, when the Festival ended in 2019

Autism. AUTISM. autism. autism. Autism. aUsTiSmO. What do we know about autism? What is the preconceived concept we have about the disease? Autistic Spectrum Disorder (ASD) is not always easy to be understood by those who are not exposed to this condition. Like other phenomena, many people have become familiar with ASD by the way the disorder is presented in audiovisual productions.

The drama More than Specials (Hors Normes / The Specials, FRA, 2019) is a production that touches the soul of the viewer. It makes the heart warm and hopeful. Although the feature has an accelerated edition with a lot of information, Hors Normes it is a plot that provides truth in what it addresses and the charisma of its well-developed characters are drivers that move our feelings, so it is important to see films that address autism.

Right at the beginning of the film, both Bruno (Vincent Cassel) and Malik (Reda Kateb) are running, each in different places, after an autistic child who ran away from the caregivers until they finally rescue them and put them in safety. And this action is repeated in some other scenes throughout the drama. More than Specials it addresses an institution headed by two men who, despite their ups and downs, try in every way to provide support for people - mostly children with high-grade psychological disorders that are often rejected by all French clinics.

The work was shown at the 2019 Cannes Film Festival, the drama, marks the return of two big names in modern French social comedy, Eric Toledano and Olivier Nakache (from the wonderful Untouchables, it's from Samba and That's life). There was a three-year break between That's life and Hors Normes, and the film, which ended up having its premiere in Cannes in a simple way, was chosen by the public and critics as one of the best of the festival due to its delicacy.

Based on the real friendship between Toledano and Nakache, we see in the narrative two persistent caregivers of those who were despised by the system, changing the reality of some. The feature makes the viewer approach the subject of autism with a less stereotyped view. The feature mixes its support in emotion and in the harsh reality that shows how difficult it is to include these people in society, in addition to access to adequate and humane treatment. But even dealing with a complex topic, some situations have their grace, their sensitivity, their sweetness.

The actor Vincent Cassel (Irreversible, Black Swan), delivers one of his best performances playing the role of Bruno, a man who practically donated his life to the institution he founded, and who takes care of autistic children and adolescents. Already Reda Kateb (The darkest hour) is his fighting partner, Malik, who manages part of the company, responsible for training needy young people to be future caregivers working for the institution.

The way the film is shot is experienced, as if the camera were in hand. Often in crowded offices and offices, vans and hospital rooms, always on the move. The performances are very real, some scenes are even disturbing. The soundtrack is very pertinent to the film, it is almost a careful extension of the soul of the production. The script is very cohesive, each situation, moment, scene has meaning and the result could not be better, it is a film very well done, very well directed.

Something very curious is the amount of meetings that Bruno ends up having and none of them work. And these meetings take place amid the chaos in which the institution lives, an official investigation that takes place along the plot and that threatens to close the doors of Bruno's unlicensed institution.

The production is based on a real story, where the character Bruno is inspired by Stephane Benhamou, whom Toledano and Nakache met 25 years ago and who cared for an autistic young man in Toledano's own family. Malik is based on Daoud Tatou, whom filmmakers first came into contact with when they made a short film with the premise of raising funds to help Stephane. In 2015, Toledano and Nakache directed a 26-minute documentary about the brave duo - one Jewish, the other Muslim - entitled We Should Make A Film About It (freely translated as "We Should Make a Movie About It").

During the work, we noticed a concern to portray each situation in a real way. We see a very interesting diversity in the cast and in addition to the main message which is the transmission that we need to be more human and empathic, themes such as offering opportunities to people who normally do not have, the importance of arriving on time, the correct use of grammar and the need to be sensitive are important aspects to be addressed that make up the main plot very well. It is a film with satisfactory results.

Review | An Officer and a Spy

This morning, UCI shows an exclusive session of “The Watchman of Tomorrow: ...

Wonder Woman only for wonderful women