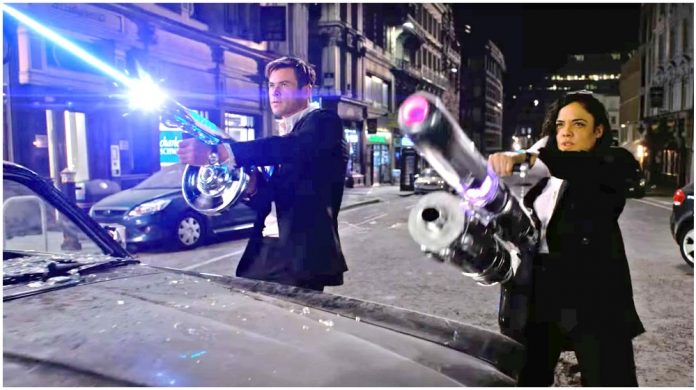 Men in Black: International hits theaters 7 years after its predecessor, the Sony Pictures film this time does not have its main stars: Will Smith and Tommy Lee Jones, known in the series as Agent J and Agent K, respectively. The franchise's only known name is Emma Thompson who returns as Agent O.

Despite not bringing great news in the script, with a linear and well-defined narrative, the new MIB follows Molly's trajectory, interpreted by Tessa Thompson, until becoming an agent of the organization and exploring its London division. With a more discreet presence in the amount of aliens, we can kill some alien species known to the public, such as tourist aliens who love coffee and smoking, however, their appearance is only a few seconds on the screen.

Chris Hemsworth divides the protagonism of the feature as Agent H, serving as a support for Agent M. The duo works well and manages to carry the feeling of companionship that has existed since previous films, but because they are companions of different sexes the atmosphere of a supposed romantic interest is present, even seeming forced because it is not necessary for the development of the story.

The element of comedy is still present, but nothing that surprises the general public, falling into lukewarm jokes and that don't make the audience laugh. Some moments are iconic like the appearance of Sérgio Mallandro, well-known Brazilian presenter and humorist.

The director F. Gary Gray managed to make a feature film for all ages, which guarantees good fun, which makes the two hours of duration go fast and without getting boring.

Even without presenting great innovations, the new MIB does not disappoint and uses the well-known formula of blockbusters, without great emotions or surprises in the plot, it is not bad, but it also does not bring great excitement to the viewer, with a predictable ending for those who accompanies films or series.

Dolittle manages to deliver in an original way a plot already known, changing the representation of the facts in certain points.
read more
News

Universal Pictures released the first trailer for Dolittle, a remake with Robert Downey Jr. based on books by the British Hugh Lofting.
read more