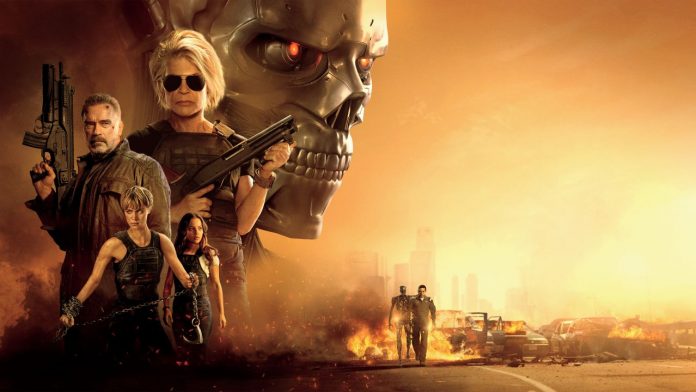 The franchise Terminator has suffered a “Dark destiny” in recent years, embittered with bad stories and well-known characters totally disfigured by the guilt of directions beyond complicated ones, in addition to trailers that totally delivered the mystery of the plot.

Fortunately James Cameron is back bringing the original cast, or rather, Linda Hamilton, as Arnold Schwarzenegger was in all the features that took the name of the franchise, staying out of the TV series only The Sarah Connor Chronicles (2008-2009).

The story of this new adventure punctuates this atmosphere of “forget everything that happened after T-2“-And the series that is not taken into account in any situation. Counting on a clever script, it leaves the impression that the viewer saw only the 1984 and 1991 features.

This - now -, third film is very good, with its adventure scenes, phrases that were and still are part of world pop culture, in addition to having Linda Hamilton as Sarah Connor. Linda shows that she has not lost her characteristic brutal style of the character, showing more firmness in her actions and not showing feelings in most situations. She practically became an exterminator. And with reasons.

Mackenzie Davis and Natalia Reyes complement the cast. They go beyond secondary characters, and are not there to earn points with feminist movements or to praise a social struggle. They are excellent actresses in prominent roles that bring new dramas to the universe of The Terminator, showing that the loss generated by war, intolerance and other similar situations, does not choose gender, social class or nation.

The journey of the trio of characters is completed by Arnold, who remains the good old Terminator, now better and with many more phrases full of references. Again, the script gets it right when explaining your old age. Gabriel Luna it is a contrast of the plot, the villain of the adventure, a more daring and complicated version to be liquidated.

Unfortunately, not everything is a good part and the film slides in excessive moments of struggle, with swirling cameras that make the spectator dizzy and without knowing who is who. Worse than the famous and boring nervous cameras with their tremors, these are the ones that instead of focusing on the choreography of the fight, can't even pass what happens on the scene, cutting them dry, leaving questions in the head of those watch as “what happened?”.

Another aspect is to insist on references that today have become clichés and were invented by the franchise itself, such as helicopter and truck chase scenes. They are interesting, but they bring nothing new.

Terminator: Dark Fate it's a movie with a lot fan service, which will undoubtedly please the oldest fans, bring new ones to the franchise and certainly amuse everyone. So, if you've never seen anything in the saga, look at only the first and second. For the rest, it was literally exterminated.

Terminator- Genesis is not surprising, but it deserves a chance.
read more