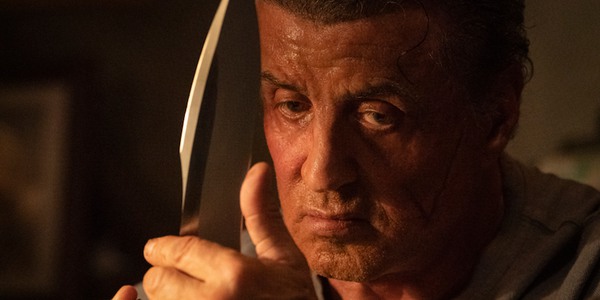 Bringing the famous character played by Sylvester Stallone, Rambo: Until the End debuts with the nostalgic promise to please fans of the franchise.

The plot features John Rambo (Stallone) living a peaceful life, until the daughter of a friend, of whom he is very close, is kidnapped and he needs to take action again to save her. Until then, nothing much different from the previous scripts, but what differentiates the new feature is the chosen theme: Trafficking in women.

As in the previous features, Rambo should be the one who abhors the most. This film maintains the fidelity of previous stories, with a protagonist who with each new adventure is more traumatized by his past. He still suffers from the horrors of the Vietnam War, mainly because he was the only one who survived and still blames himself for those he didn't save.

During the adventure we will remember through the pain of the character what he went through. Without the need for flashbacks, this fifth film manages to let older fans know what he is going through and those who have arrived now, also understand who John Rambo is.

The narrative of Rambo: Until the end it is simple and quick, without the need for half words or explanations. It's an adventure from point A to B and it's over. Everything happens bluntly and when you see it, the movie is already over. This is even good, because we don’t get lost in daydreams or sub adventures, but a negative point is also created, as some characters could be better explored, such as that of Paz Vega.

The criticism also gets a little more vague about trafficking in women, but this is already something normal in the franchise, where the main focus is the whole adventure.

Rambo: Until the end it's a good action movie and respects its roots, but it could approach other characters a little more to give a more dramatic air to its story. Anyway, it is an adventure that pleases.

With a different view of the classic story, Maria e João - The Witches' Tale is an interesting film but with a slow pace, it also leaves several points open for a future continuation.
read more
Reviews | Animations

The Queen Elisabeth II palace dog is bringing high adventures to the cinemas in the animation Corgi: Top dog, with its premiere for the month of September in Brazilian cinemas.
read more
News

Rambo: Until the End | New teaser of the film is marked by nostalgia