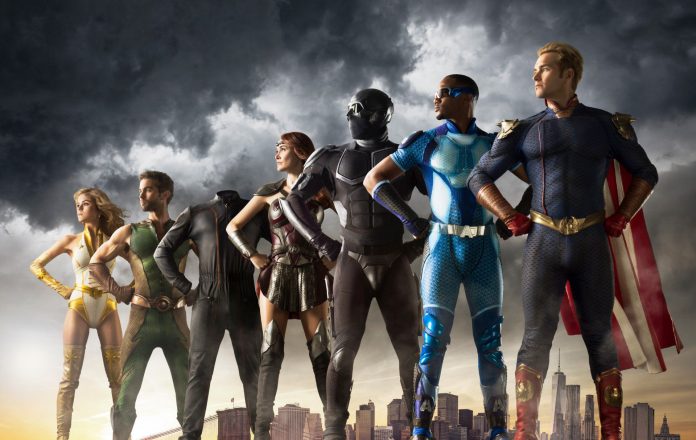 The Boys maintains loyalty to the HQ, while making important criticisms of the corporate world.

In a world where entertainment is being dominated by superheroes, The Boys, Amazon Prime's new original series, takes advantage of the theme to make a kind of critical parody, showing a realistic view of what would happen if people had super powers.

Whenever a work works with this theme, the simple principle is used where each individual has a choice, use their powers for good or bad, dividing the world between villains and heroes. However, in this scenario, the commercial part is left out and that is what The Boys really focuses.

The plot, based on the homonymous comics of Garth Ennis and Darick Robertson, presents Os 7, a group of heroes that are controlled by a corporation, being used for marketing and becoming influencers, not good Samaritans. Their actions are not planned (yes, planned, as they rarely take a step without their attitude being planned to improve their image) thinking about the good of the people, but how to increase their engagement with the public. For this reason, they use violence and actions that would not be approved, but these are only omitted by a good team.

However, one of these actions ends up generating greater repercussions than expected. When one of the members, A-Train (Jessie T. Usher) kills Hughie's girlfriend (Jack Quaid) in a strange and brutal “accident”. The reserved youth ends up being recruited by Billy Butcher (Karl Urban) for a mission to end Os 7 and, by joining Frenchie (Tomer Capon) and Mother's Milk (Laz Alonso), form the team that gives the series its name.

Eric Kripke, Evan Goldberg and Seth Rogen they seem to have fun adapting this interesting comic, which uses parody to make heavy criticisms. Using certain scenes to make fun, while not losing the tone of exposure of the absurd, they can deliver very strong moments without needing large visual displays, most of the time, the heavy parts known in the HQ are shown with a great emotional charge or just with the “mess” that remained. Still, it is a violent work, suitable for people over 16 years old.

The first season proves to be very simple, abusing moments that deliver the absurdities that are done for fame and money, the tone borders on black humor, but does its job in denouncing these situations. While showing the backstage of the Os 7 team, mainly from the point of view of the newcomer Starlight (Erin Moriarty), who believed in these heroes and now finds herself against this macho and commercial environment in which she is trapped, the series presents moments so realistic that if you take away the powers and the uniforms, it is no longer a fiction. The plot is interesting and captivating, progressing slowly towards the formation of the team and the presentation of new characters, leaving space for readers to identify future events through references.

The look is right in the tribute paid to the comics, where the cool colors and outlined makeup leave the impression that we are selling the animated pages. The striking scenes are depicted identical to the original work, highlighting the work of the script, which remains very faithful to the HQ, changing few details that are unlikely to bother fans. There's even a joke with Hughie, who in the comics is very similar to Simon Pegg, in the series, the actor participates as the father of the character.

The great merit of The Boys is to escape the epic battle scenes and moral lessons and focus on incessantly criticizing the current scenario, where numbers define success and well-done marketing can hide even the most absurd of crimes, while highlighting the machismo and unnecessary exposures that still happen frequently in the commercial world.

The first season of The Boys, with 8 episodes, is now available on Amazon Prime Video.