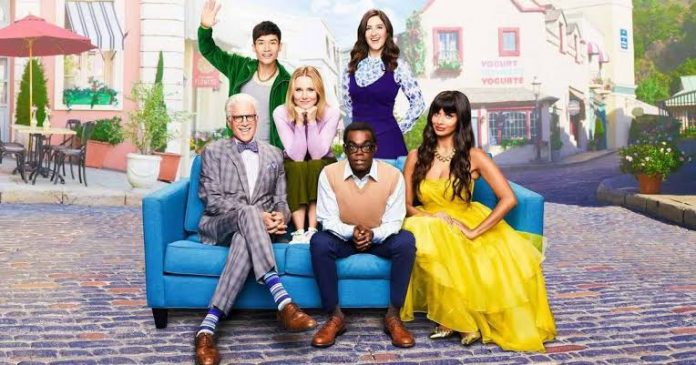 Debuting in 2016, The Good Place it was a pleasant surprise, using comedy to make some of the best reviews today. With its main focus being life after death, in a non-religious way, the plot took the opportunity to give innumerable pinpricks in irrational beliefs, while making fun of the most popular current issues.

Over the years, the production has undergone some changes, but without departing from the original premise. With the previous season leading to the discovery that humanity was basically being taken to the “Bad Place”, the new year explored a search of the five characters for a solution to enter the “Good Place”, and in addition to helping humans to go there too.

With the neighborhood in the hands of the group, they need to prove people's ability to evolve and redeem their actions, a task that is not easy right from the start and only gets worse with Shawn (Marc Evan Jackson) trying to sabotage the project. The rules of the deal include this possibility, with the demon putting four people to hinder progress - which include Chidi's ex-girlfriend introduced last season.

The romance, which grew a lot in the last two years of production, is even more present. With the stipulated couples, there is only Eleanor (Kristen Bell) and Chidi (William Jackson Harper) face the enormous challenge of being together with the obstacles placed by Shawn, which demands an enormous sacrifice from the girl and only the public's apathy towards the couple grows.

With the season going on hiatus a few times, it seems longer than usual, a factor that helps fans hold their sadness that the production will end. With these divisions, the chapters that return to the series and precede the finale seem faster and a little more urgent in resolving issues.

However, the final chapter deserves a separate criticism. All the haste is justified in this double-ended outcome, which focuses exclusively on the completion of the quintet and becomes absurdly emotional, running away from the comic pattern presented throughout the series and, as the creator himself warned, it is a real punch in the stomach. . The path of redemption traced so far delivers a gratifying resolution to events, presented in such an intimate and real way, that it can bring tears to even the most insensitive spectator.

A different and content comedy, the series impresses in critical quality while having fun and only improved in its second year.
read more
News

'The Good Place' debuts this month on Netflix

The Good Place shows enormous maturity in its first season and goes from a good comedy to an intriguing and coherent plot.
read more