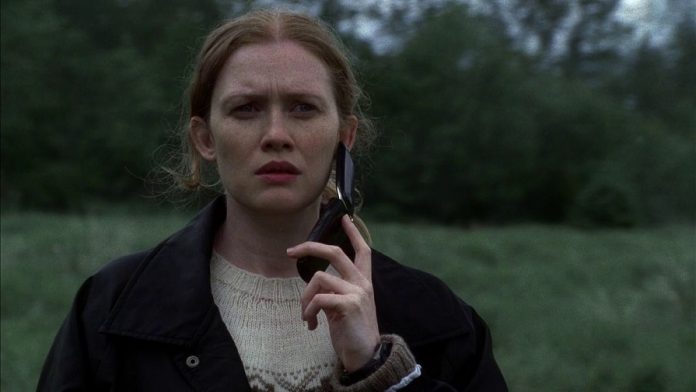 Among cruel murders, the plot surpasses by its human appeal

The series The Killing is based on the successful Danish plot Forbrydelsen, which presents us with good episodes in its first season. Set in a rainy, cold and gray Seattle, the work has a more "dark", funereal and somewhat depressive tone that are necessary for a series that involves homicides to be unveiled. The most interesting thing is that even dealing with murders, the work focuses on the human being.

Right from the start, the production catches the viewer in which we are presented the main and secondary characters and the crime that needs to be solved. The plot begins with the departure of detective Sarah Linden, played by Mireille Enos, from the Seattle police, and consequently is his last day of work. Linden will leave not only the police, but the city and the life she has to marry again. Apparently, she seemed motivated to move. However, Sarah Linden needs to train her replacement, a newcomer named Stephen Holder, a character from Joel Kinnaman, who left narcotics in a small country town near Seattle and has now joined the homicide department.

The plot has a good script and good main and secondary characters. Something very positive is the fact that the plot does not allow itself to be “stuck” in the murder, which in itself is already something tragic. It is a kind of “CSI”, but with a less inflated ego, it is more real. Around the crime to be unraveled, the secondary plots circulate and they are the ones that prevent the work from dropping the shuttle. The fact of debating motherhood, the sense of justice, political and police corruption, chemical dependency, the secrets we have, the truth and the lie, the valorization of interpersonal relationships and the gift and the shit of being “human”.

Developed by Veena Sud, the series stars as detective Sarah Linden, who was moving to a new life as previously mentioned. However, she is involved in the investigation of the murder of teenager Rosie Larsen (Katie Findlay), found dead in a car registered by the campaign of a candidate for the mayor of the city and this fact is the focus of the first two seasons and in this the plot is divided into three sets, that of the police who work tirelessly to solve the murder, that of the family that needs to overcome mourning and that of the campaign that seeks to get rid of the obstacles of being involved in a homicide case less than a month from the elections.

The way in which the character of Mireille Enos is portrayed becomes splendid. First of all, we see a strong, serious character, unglued or “feminine” clothes, hair up and a mother under construction. The fact is that Linden is a DIFFICULT woman and challenges the universe in which she is inserted, thus deconstructing the stereotyped image that women are fragile, sweet and canopy, if that is what we can say.

In an environment predominantly occupied by men, Linden is the person who stands out. Whoever watches the series, clings to the character who does not strive to be friendly or likable. It is not false, it does not pretend to be what it is not. It simply keeps a shell and does not let anyone hurt it. But we see that it is difficult. She has problems with confidence due to her difficult childhood. Although, she had to move, we noticed a reluctance. She is so deeply involved in the case of Rosie Larsen that she ends up neglecting the needs of her own underage child and becomes increasingly passionate about the way she conducts her work - becoming, in this period, the “worst police officer in the world. planet ”, as it was accused. And the judgment that is made all the time about Sarah Linden is that she cares more for the dead than for the living. But not quite.

The dedication and prioritization of work to the detriment of her own life, makes Sarah lose her relationship and have a troubled relationship with her son Jack (Liam James) and this goes against the grain of many female fictional characters who have their central axis in private life, if not the main one, and in The Killing we see career prioritization at the expense of personal life and this makes her an exemplary and unconventional professional. The fact is that the series deconstructs the myth that every woman was born to be feminine, a mother, a wife or anything else that fits that line. Positive point!!!

The comic relief comes from the big boy Stephen Holder who was supposed to be Linden's replacement, but ends up needing to be trained by her. Right away, we see that both hated the idea, Linden because he has trouble trusting people in general and Holder because he didn’t expect to follow orders, but to be the commander of the whole country, however, he is sent back and forth, treated as if it were a “lap puppy” as mentioned in the series. Holder seems to have a complicated past too, is insecure and inexperienced, but we see that deep down he has a good heart.

Initially, Holder begins as an investigator for the Narcotics Division after being arrested several times for drug possession and trafficking, and then becomes an informant. Despite being clean for some time, his chemical dependency destroyed his relationship with his sister and nephew. Still absorbed by the visuals, grimaces and slang from the streets, Holder tries to show someone strong, balanced, secure, capable, but the mask he builds is not enough to hide the fragile man who constantly tries to cling to the little they have around to feel human.

The Larsen family has its importance. We have Stan (Brent Sexton) and Mitch (Michelle Forbes), with their two children, in addition to Terry Marek (Jamie Anne Allman), Mitch's sister. We see a family destroyed by Rosie's death and we can feel this suffering that is detailed by the writers and in the series we see how each character. And it is in this familiar field that we see the deep and complex layers that are unearthed chapter by chapter, unhurriedly and with full exploration of all the arches that make history gain strength and veracity.

The third nucleus consists of the characters involved in the campaign for mayor of councilor Darren Richmond (Billy Campbell) and his immediate advisers Gwen (Kristin Lehman) and Eric (Eric Ladin). Coincidence or not, the car where Rosie is found is registered in the name of the campaign and this is the gateway to the political universe that is rotten by tradition with Darren being represented as an exception to the rule. In a way, the plot presents us with a varied work, leaving a bit of the heavy atmosphere of a brutal murder and in that, we can get involved in the struggle of Darren, a weakened man with an immense desire to overcome, but who sometimes fails as any other human being. Its ethical and moral dilemmas are attributes that enrich the central narrative.

We see that no character has his journey unmerited or shallow. They are well-developed characters and each one has its importance for the series and nothing is delivered to the public in an easy way, it happens organically and within the necessary, everything is delivered "sufficiently". An example of this is the character Regi Darnell (Annie Corley) and his relationship with Sarah. We don't know exactly what she is, could she be Sarah's sister, mother, aunt, ex-lover or friend? There is never a dialogue like, "this is Regie, she likes us a lot and she is mine ...", at least at first, we do not know what she sets up in Sarah's life.

Finally, we have Seattle. The production is not concerned with showing the city as if it were a show of sights, but as it really is: cold, rainy and gray, almost sad. The rain is a constant aspect and we noticed that the photo plays a lot with night shots, which are darkened, with no apparent artificial lighting, exerting an oppression on the characters who have to walk with their heads down and with hurried steps so as not to get wet. It's bizarre, but Seattle seems to be a character contemplated in the series and this funereal and depressing look passed through the city, infests the costumes too, leaving everything in the same color palette, without shine, lightness, joy… not even in happy moments - little happens- , it's like rock bottom, after all the atmosphere is reminiscent of that, isn't it? Destruction through murders and the orbiting beings of this cold and cruel universe.

As much as it seems a depressive series, The Killing is not it. It is a series that, through a murder with an inconclusive ending - still-, addresses very important issues such as the myth of motherhood, the importance of the family, how chemical dependence destroys relationships, how extreme dedication to something can be harmful, strength of friendship, the power of ulterior motives and many other issues surrounding the murder of Rosie Larsen. After all, who killed Rosie? This question becomes the guiding thread of the second season that unfolds into more destroyed lives, the relentless search for justice and the exorbitant will to live.

March 24, 2021 0
Solution created by students from Colégio Suzano / SP is one of the finalists of the virtual edition of the 19th Brazilian Science and Engineering Fair; voting takes place on Facebook and ends on March 29.

This is Us: Season 1 Review