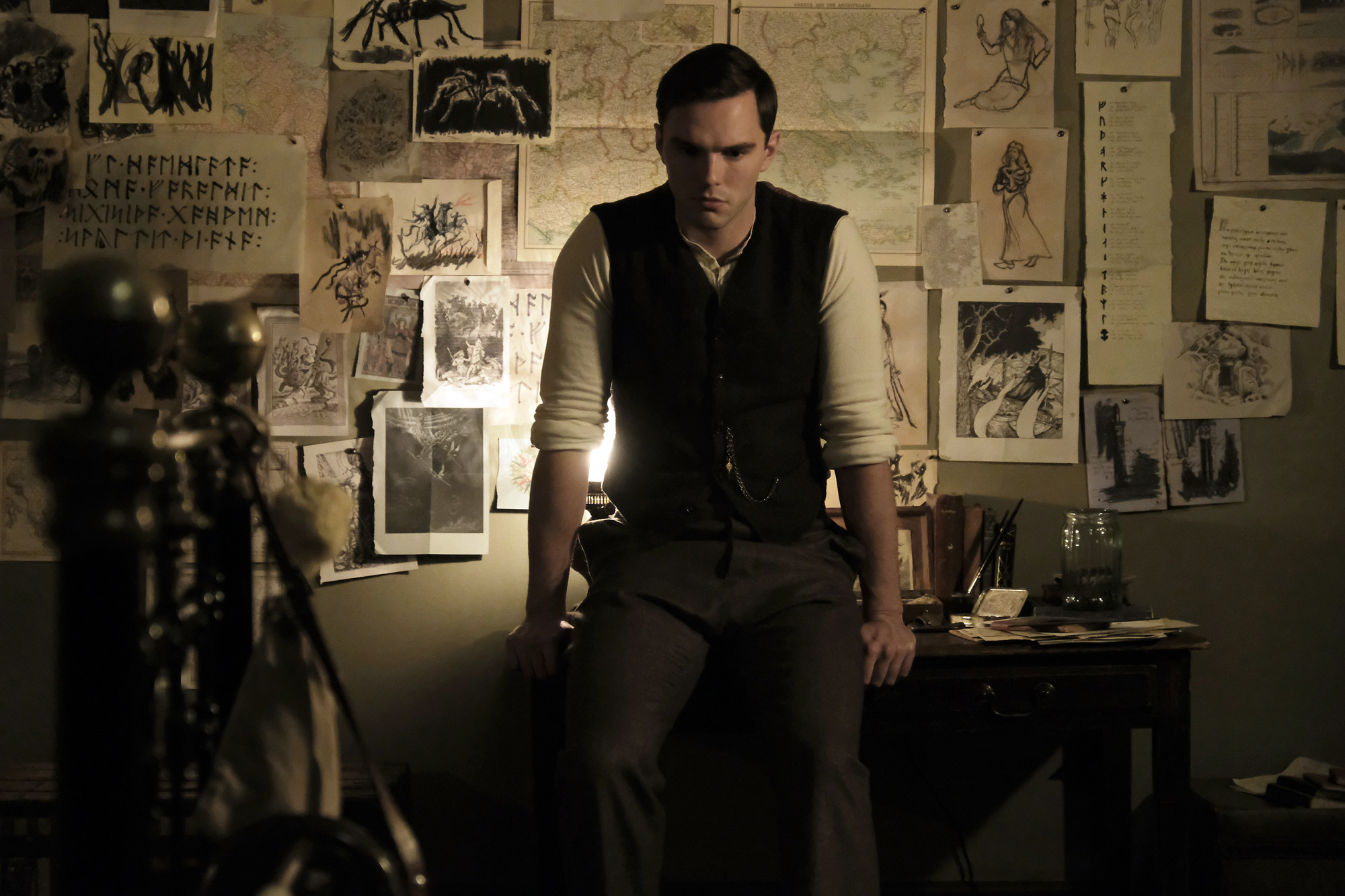 If you’re looking for knowing more about The Lord of the Rings or The Hobbit, you’d better stop here, because that’s far from what’s shown in the biopic movie Tolkien by the director Dome Karukoski, which portrays the writer’s life before his bestsellers , and his personal and professional growth.

In the first few minutes of the film we are taken to two moments in the life of John Ronald Reuel Tolkien, played by Nicholas Hoult, the Somme war in World War I and also his childhood alongside his mother and brother. We relive the story of his life, while Lieutenant Tolkien suffered from trench fever, and in his flashbacks we are introduced to the scenes of his childhood, scenes that describe the influence that the landscapes would have on his future books, as well as how Mabel, his mother, impacted him and his brother by reading stories.

The film transits in the midst of war scenes, which contrast with teen dialogues, the creation of T.C.B.S. (Tea Club and Barrowian Society) and the first love, giving some insights into what could become characters, scenarios or scenes in his bestsellers. The film closes with the post-war traumas, the difficulties of dealing with those who died in battle and how England’s life, as a country, has also changed after this historic event.

Tolkien captivates by his simple linear narrative, wrapped by a well-developed scenario and complemented by an excellent soundtrack. It is discovered that there is much more besides the writer, Tolkien was a distinguished linguist, who created diverse languages ​​during his life, a intelligent person and also very dear to those who were close to him.

It is a film for those who want to understand more about the person behind the books, and let themselves be captivated even more by his life story.

It is a film for those who want to understand more about the person behind the books, and let themselves be captivated even more by his life story. For those who are already fans, not just of the writer, the film may be disappointing by forcing some references to The Lord of the Rings and The Hobbit, which can lead the viewer to a wrong conclusion about some crucial points of his life, perhaps, this is the reason that Tolkien Estate did not approve this film production.