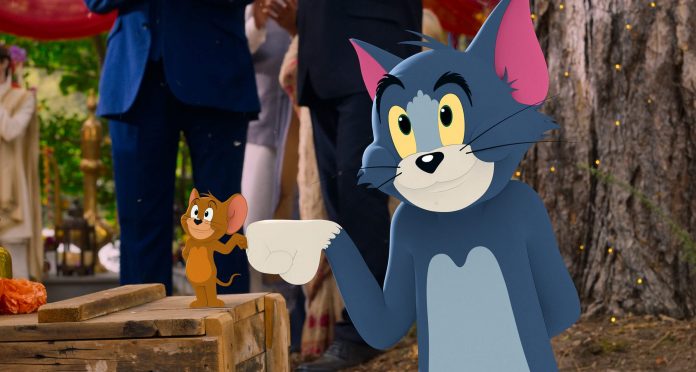 Nostalgic and fun, long has anticipated sessions in some cinemas in the country

A nostalgic refreshment for times as difficult as we are living. Animation combined with live-action from Tom & Jerry - The Movie had its launch early for February 11, 2021, in some cinemas in the country. The film is directed by Tim Story, and its cast consists of Chloë Grace Moretz, Michael Peña, Rob Delaney, Colin Jost and Ken Jeong.

The plot was produced and developed by Warner Bros, and is spectacular. Tom, Jerry and all the animals that appear in the feature are in the form of a drawing, however, very well done and the result that we have on the big screens is liveliness. Although the rivals do not speak, the film itself is quite noisy. As in the drawings, in the feature Tom is always fighting with Jerry or vice versa. The extra point is the soundtrack which is impeccable and very fun.

The story takes place at the Royal Gate Hotel in New York, where the character Kayla played by Chloë Grace Moretz, gets a temporary job in the events area inside the hotel where the biggest event in the city will take place. Kayla in turn has several problems with the rivalry between Tom and Jerry inside the hotel, which makes Terrance (Michael Peña) end up teasing the girl and making DuBros (Rob Delaney) and everyone around her find out who she is. it's for real.

The plot subtly addresses topics such as valuing the CV at the expense of the person, personal and interpersonal relationships in which people often do not listen to others and just want to be heard, taken care of, exaggeration in itself already refers to the unnecessary and of the causes for the biggest event of the "century" to go wrong. Other topics that are interesting are self-discovery, overcoming difficulties, ambition, cheating, lying and fixing the shit we always do, in addition to promoting friendship between different people. Like all Tom and Jerry cartoon stories, in the end everything goes very well ... more or less, in the case of this film they end up the same way they started. Although, they fight with some frequency, at a given moment they get together to make something work. And it's incredible.

It is a work to laugh, conquered since the beginning, which amuses and probably one of the best productions of Warner. In addition, the plot also features Jordan Bolger who plays barman Cameron, who becomes Kayla's crush. And a very funny actor, Ken Jeong plays the gastronomic chef at the Jackie hotel, which in turn will make you laugh a lot.

The script is well tied, with balanced plots, the soundtrack is very pertinent to the feature, the performances are impeccable, the photography is beautiful - New York was very well used, by the way. The plot is well directed and the fact that it is an animation that mixes with the live-action, is not bizarre. It was even very smart to distance yourself from traditional live-action.

The national premiere of the film takes place on February 18 in all cinemas in the country, but as of February 11, it is already possible to see the film in some cinemas. Don't miss out!

Cinemark will show the Black and White version of 'Logan'