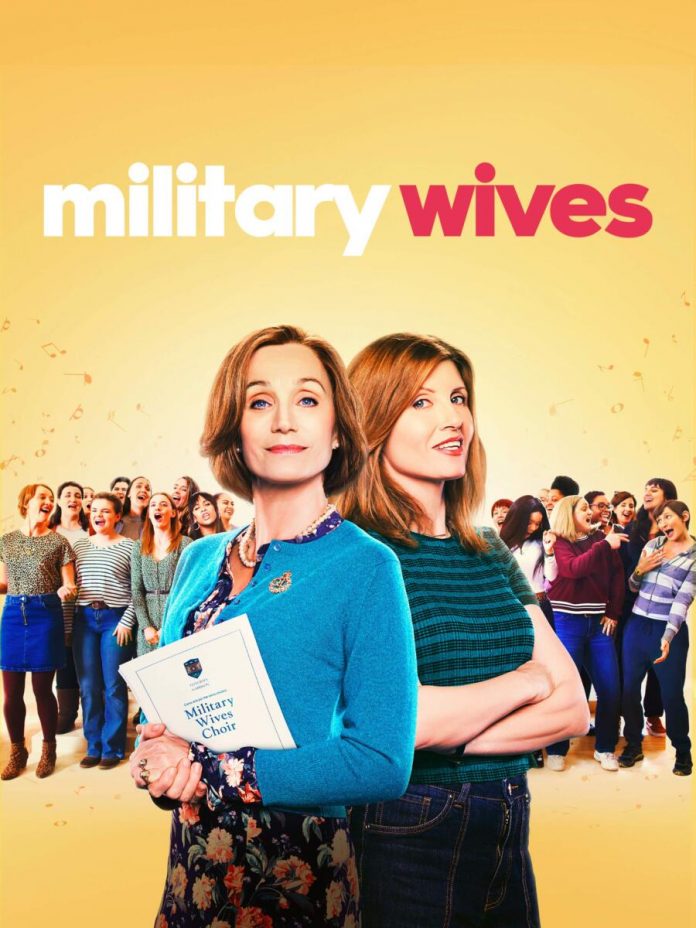 It's about putting out and believing when everything seems wiped out ...

Until we laugh together again… - Kate

Splendid. Magnificent. Touching. Exciting. True. Sensitive. Cruel. Painful. Sad. Funny. Devastating. Hopeful. These are the first words about this work. All pain needs to be felt, said Hazel Grace of The Fault in the Stars. But is it possible to overcome? The Covid-19 pandemic that took away our hugs, the outdoors ... the possibility of a farewell when we face death is almost non-existent and this feature is more than a product, it is an inspiration, a story of overcoming, it is a lesson of hope.

When I write reviews and analyze the work, I almost always point out issues such as script, soundtrack, photography, acting, direction, technical issues, as they are factors that, if worked well, become memorable works that are distributed by movie theaters worldwide. . What you are probably unaware of is the fact that a film is not just a "film". United for Hope reminded me that here a heart beats, that cries in silence, that grieves and that rejoices. Many have forgotten this function that was engulfed by the pessimism that broke out with the pandemic that took more than 200 thousand lives in Brazil. What value does a hug have for you? When did you say you loved someone? Sometimes, we are engulfed by the abyss and only discover what really matters when we lose.

United for Hope (Military Wives) is a drama directed by Peter Cattaneo of the famous Either All or Nothing, the plot is sensitive and narrates the daily life of the military families of the barracks and the military village. Based on real events, it tells the story of the first choir of the wives of military men who found overcoming anxiety in music and seeking to occupy their minds while the officers are in Afghanistan. The work touches on issues such as the loss of spouses and children in war, the grieving of the family and how friendships help to overcome the ills of life.

It must be distressing the feeling of losing someone at any moment and how difficult it is to overcome, having to go through the grief and not go crazy during the journey. The most important thing in this plot is to see that in the midst of a friendship that at first we swore is not possible, hope and overcoming is possible if we support each other. It is difficult to open up to the next, but it is necessary. Everyone needs support.

As much as the feature has some flaws, it shows itself in a hurry, with a climax that could have had an "up" and got there with greatness, I must consider that the main one, the message, was delivered, felt, learned, seen ... it was exciting. Starring Kristin Scott Thomas and Sharon Hoorgan, with script signed by Rachel Tunnard and Rosanne Flynn, the film tells the story of a group of women married to military officers who help each other in what is one of the most difficult moments of their lives.

Well-done performances, well-built characters, we have tension, we have life ... characteristics that films from major producers do not transmit. Life is not a bed of roses and we need to go through the valley. The character of KristinKate, is a woman who suffers in silence for the loss of her only son and still has to deal with her husband's going to the army and tries to occupy herself by taking control of what she achieves. Already Sharon, plays Lisa who is trying to be a good mother, a good leader, but it is difficult to reconcile everything when "everything" does not seem to be guaranteed.

It's about control. What can we control or not? It is not just about overcoming, but the guilt that consumes us day after day is appalling. Grief that has no end. It's about putting it out. It's about reinventing yourself and resisting. It's about not letting yourself fall in the face of life's misfortunes. Maybe that's what moves us, in a way. True stories when they are made into films ... cannot be judged in any way. The emotion we feel at each scene shivers to the soul.

If you're lost you can look and you will find me, Time after time

Notre Dame is a comedy about second marriages and failures. In it, Maud (Valérie Donzelli) gains the opportunity to reform the iconic Notre Dame, while personal and professional issues arise, creating a great and comic tension.
read more
News

The Destiny of a Nation: Check out the first trailer for the historical drama with Gary Oldman

Lashana Lynch is the newest 007

This morning, UCI shows an exclusive session of “The Watchman of Tomorrow: ...